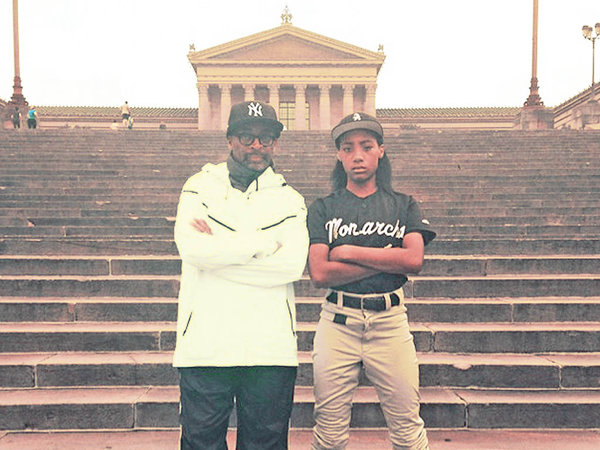 The creator of classic films such as Do The Right Thing and Malcolm X is in town.  That’s right Mr. Spike Lee himself is in Philly and it looks like it’s all business. In a recent pic on Spike’s Instagram account he is seen on the steps of the art museum accompanied by Philly little league phenom Mo’ne Davis who is sporting a negro league jersey.

According to sources, Spike is looking to create a Mo’ne Davis documentary, well actually the film will be focused around the Taney Dragons and their journey to the Little League World Series.  The documentary will give viewers a behind the scenes story and  look at the team that captured America’s attention this past summer.  No word yet on the official release of the film. However, we will keep you updated once more details are released.