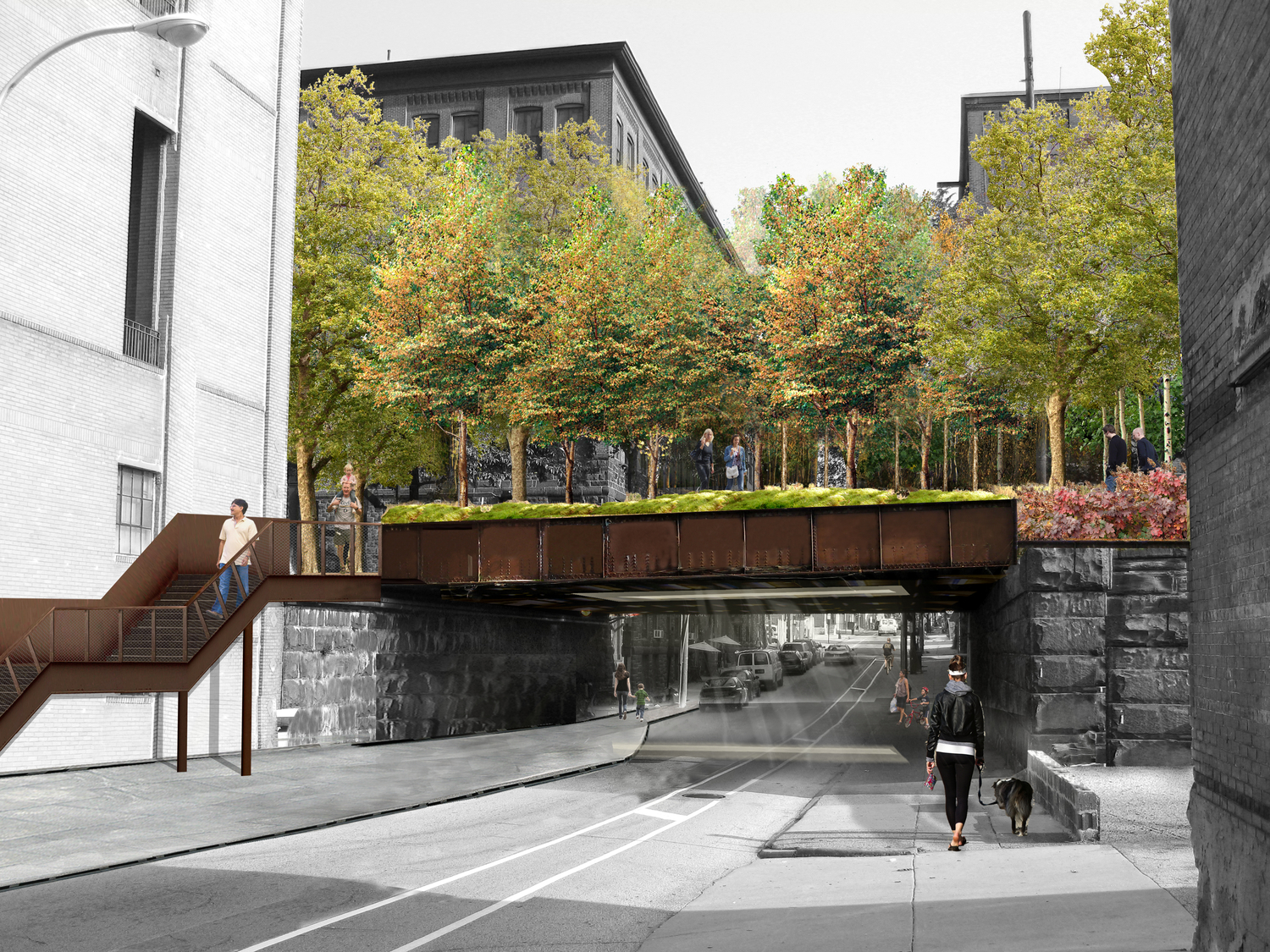 Obviously the city is booming with new construction.  Whether it’s new housing or soon-to-open business, it’s hard not notice the countless once empty lots that now house development. However, there are still tons of green spaces and undeveloped land to enjoy especially in the summer months.  One such land with plenty of lushes vegetation is the soon-to-be-open Rail Park.

The Friends of the Rail Park are  is kicking-off this summer in a festive way by teaming-up with the Pennsylvania Horticulture Society, to feature a pop-up beer garden at it’s 10th & Hamilton location at the base of the Reading Viaduct.  The PHS pop-up beer gardens have been growing in popularity as they continue to reinvent ways to keep their themes and locations fresh.  In fact between June and October last year it is estimated that over 75,000 people were enjoying fresh brews at the several PHS pop-up beer gardens.

As for the park itself, according to the Friends of The Rail Park website, “Phase 1 of the Rail Park, a segment spanning from N. Broad at Noble Street, rising up to the elevated Viaduct, and extending south towards Callowhill Street is slated to break ground in 2016. A quarter-mile long, the site begins as an earthen ramp, four-tracks wide, upon which freight trains once ascended towards Reading Terminal.”

La Peg is Redefining “Dinner Theater,” With a Dynamic Line-up of Live Performances Nearly Every Night
Chickie’s and Pete’s and Fat Ham are Coming to Spruce Street Harbor Park This Summer