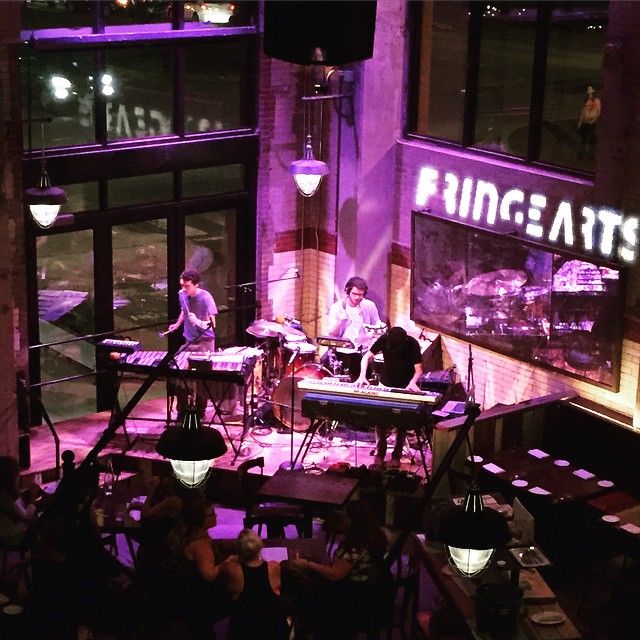 La Peg is Redefining “Dinner Theater,” With a Dynamic Line-up of Live Performances Nearly Every Night

With a signature monthly series called “Get Pegged,” it’s immediately clear that the performance offerings at La Peg at FringeArts are anything but traditional.  Staged by Philadelphia’s most exciting, forward-thinking artists, these shows blur the line between dinner and theater, making La Peg a must-visit for a memorable meal of American fare from Chef Peter Woolsey – and for an eye-opening, jaw-dropping spectacle unlike any other in the city.

This spring, La Peg’s line-up includes live jazz performers several nights a week, plus bold bands and an ongoing dinner pairing series that offers one of the city’s most affordableprix fixe meals, complete with beverage pairings.  And, of course, Get Pegged Cabaret:

Get Pegged Cabaret is a collection of adult music and comedy performances, hosted on the third Friday of each month beginning at 10:30 p.m.:

Red 40 and the Last Groovement play live, funky music with bold beats and big hair (and heels!) beginning at 10:30 p.m.:

Jazz It Up Philly Blues Revue, an ongoing music series, brings local performers to the stage:

Moonlighting with Martha brings jazz singer Martha Stuckey to the stage every other Wednesday during the dinner hour:

5/24 at 6:30 p.m.: Sommelier Showdown between Chalkboard Wine + Spirits’ Jason Malumed and The Wine Merchant’s Mitchell Skwer, with guests voting for their favorite of the two somms’ wares with each course