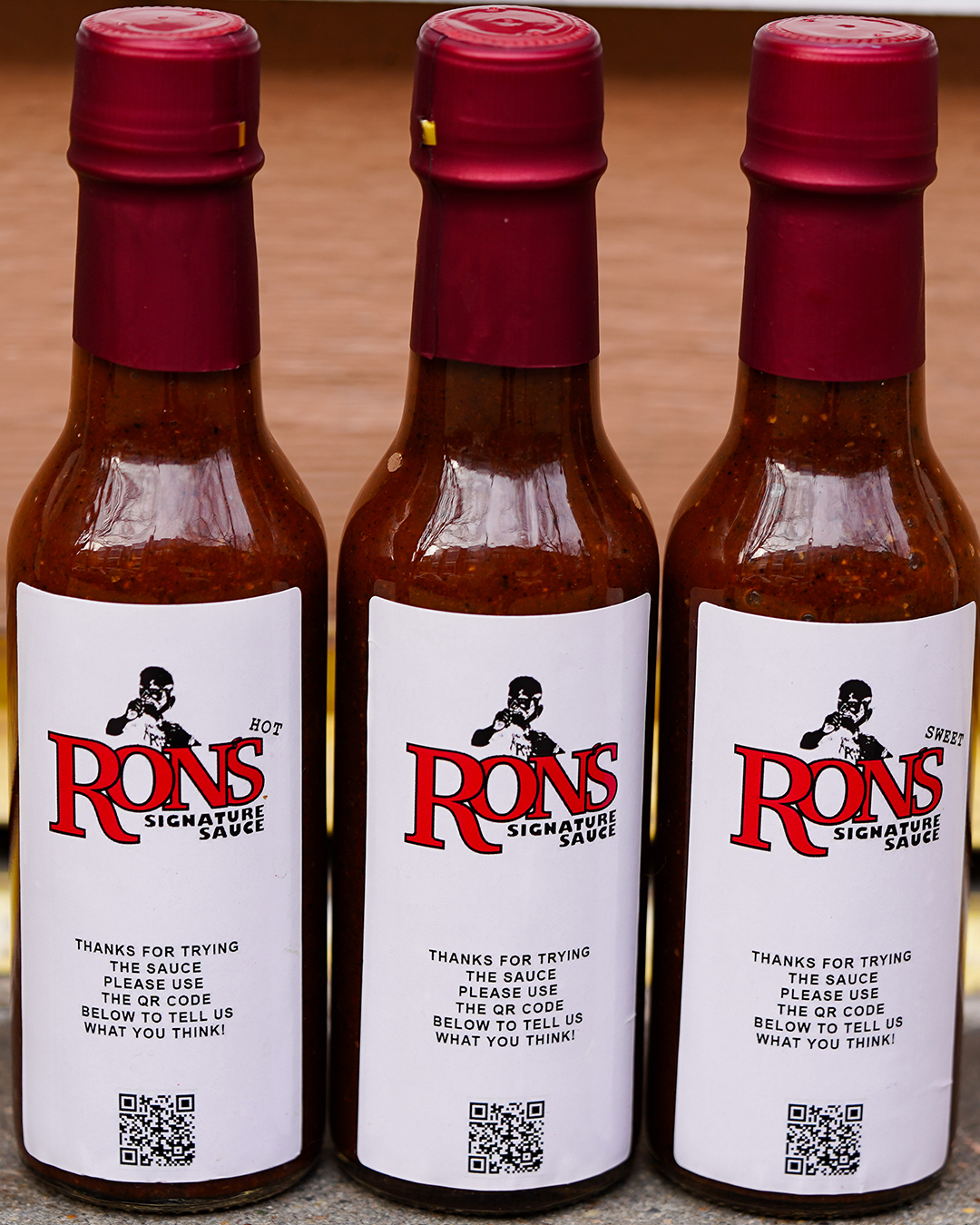 Ron’s Ribs is Bringing Their Famous Sauce Back to Benefit Local Community Center!

Ron’s Ribs is Bringing Their Famous Sauce Back to Benefit Local Community Center!

Ron’s Ribs opened back in 1984 at 1627 South Street, and was a neighborhood staple until the restaurant was forced to close in 2010, eight years after the passing of beloved activist/owner Ronald Washington. Now, his son Brandon is bringing back the Ron’s Signature Sauces for BBQ-loving home chefs around Philadelphia while helping to establish a funding source to benefit a new community center and co-op workspace he’s renovating called 1901 —the former South of South Neighborhood Association (SOSNA) space at 1901B Washington Avenue in Philadelphia’s Graduate Hospital neighborhood.

Ron’s Ribs Signature Sauce bottles will be available for purchase in the spring, but in the meantime, it will be available at Workhorse Pizza and Kitchen (from the people behind Pete’s Famous Pizza in Logan Square), located at Workhorse Brewery at 250 King Manor Drive in King of Prussia. From February 22nd through March 5th, Workhorse will be offering a Ron’s BBQ Chicken Pizza featuring Ron’s BBQ sauce, mozzarella, grilled chicken and ranch dressing. Pete’s owner Peter Kada will donate $2 for every pizza sold to the new 1901 Community Center, which recently raised nearly $7,000 in a community-driven GoFundMe campaign.

Additionally, Tico’s Tacos (which is in the former Ron’s Ribs space) is offering a “Ron’s Empanada” on their menu, and also replaced the BBQ sauce on their menu with Ron’s Signature Sauce, which can also be purchased on the side.

12 ounce bottles of both the traditional and hot variety of Ron’s Ribs sauces will be available for purchase in specialty stores around the region as well as directly from http://ronssignaturesauce.com.

“My father’s brand was used to support the community, and I know he’d be proud of what I’m doing,” said Brandon, a high school and college educator. “I’m doing this for him, and also because I know Philadelphians love the sauce, but I’m also doing this for the community. The mission of this space is to give locals a place to congregate and have internet access, as well as offer the resources necessary to develop digital content in order to share knowledge and ideas for the betterment of the community. This is needed more than ever due to the pandemic, with many households around Philadelphia suffering right now. I’m very grateful for Pete’s Place’s willingness to help the cause, and I can’t wait to roll the bottles out this spring.”