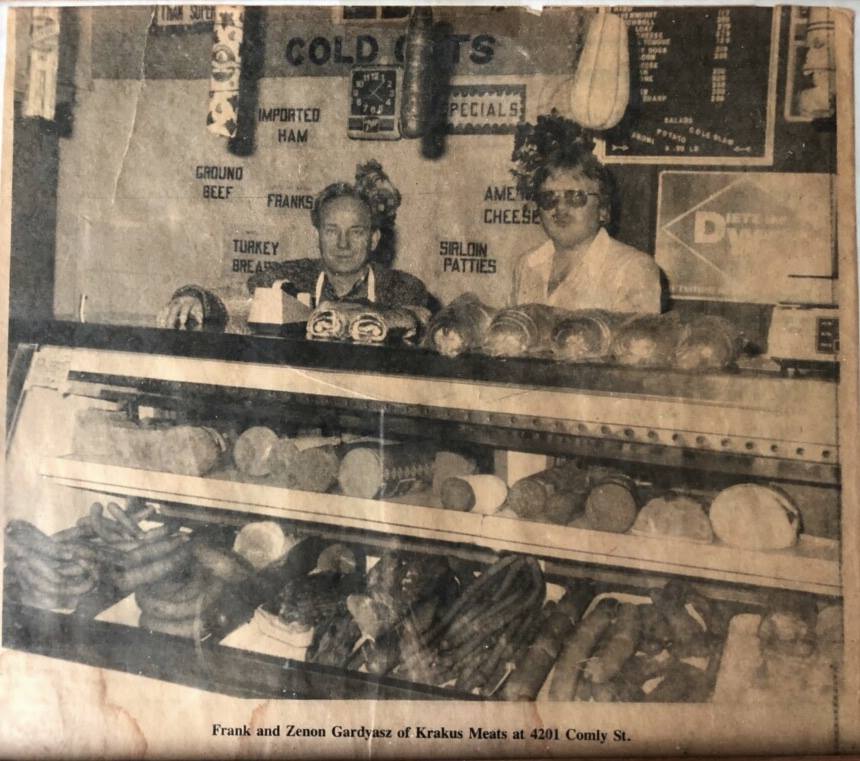 During the late 19th and early 20th century there was a massive wave of European immigrants into Philadelphia. The majority of those that settled in Port Richmond were of Polish decent and quickly began to plant their roots.  It didn’t take long for many of these immigrants to set up farms as well as markets and shops.  This Polish enclave remained a strong especially up until the 1960s when Franciszek Gardyasz and his son, Zenon opened their doors.

The market quickly became a cornerstone in Port Richmond and eventually expanded in the 1980’s to keep up with the heavy demand.  However, it looks like this chapter of Port Richmond Polish history has come to a close as the Krakus Market closed their doors for good on August 8th.  After the passing of Zenon, his daughter Sylvia took over the businesses.  Citing the urge to retire and wanting to keep the business a family run operation, the decision came to close its doors.

A letter to our loyal customers, friendly neighbors, valued friends, and cherished family:

After 31 years of proudly serving the Polish-American community of Philadelphia, Krakus Market has made the difficult decision to close its doors effective August 8, 2018.

The decision to retire was not made lightly and we will miss each and every one of you who shopped under our roof, recommended our products to friends and family, and visited us regularly including holidays. This has always been a family-run business and we are so grateful to have expanded that family to all of our wonderful customers and employees over the years.

When our Grandfather and Father started this business over 30 years ago, they had no idea that Krakus would turn out to be so much more than an ethnic food deli. It became part of their legacy, a place for reunions and new relationships to form, as well as countless memories to share. Most importantly, Krakus Market provided tradition. You brought us home to your family’s dinner table to keep Polish traditions alive and for that we are so grateful!

Beginnings can be scary and endings are usually sad, but it’s what’s in the middle that counts. Thank you ALL for making it count!

Obviously this staple of the community will be sorely missed by locals and foodies alike.  The market attracted Polish cusine lovers from all over the region.