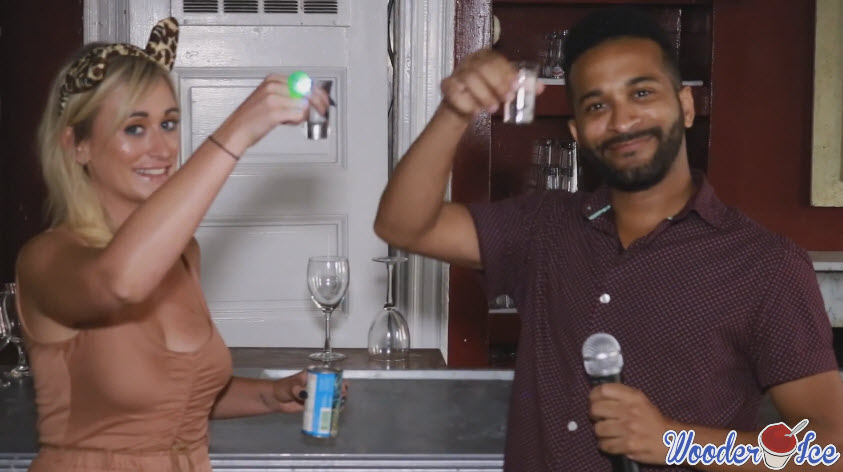 Philly’s Party Queen Val Teachout, Shows You How to Throw The Perfect Party

There used to be a time where having a cool venue, a good DJ and drink specials where the recipe for the perfect party.  However during the social media boom over the last decade it seemed as though just about everyone and their cousin became a “promoter.”  As party flyers saturated everyone’s timeline, it became increasing difficult to cut through the bullshit and find legit events with actual party planners.  Luckily there are a select few party planners in Philadelphia that consistently  put together events worth attending.  Of those, one in particular has been recently making waves in the Philly party scene.  Meet Val Teachout, an event coordinator that has been busy this past year orchestrating some of the most memorable parties and events in Philly.

With past experience working for Red Bull and Playboy, Val is no stranger to “getting weird.” Having thrown most of her parties in Boston and New York she eventually set her sights on Philly.  Val quickly recognized  a void in the Philly party scene.  Brunch parties were for a lack of better terms “basic,”day parties lacked imagination and events for the most part were missing out on themes.

It didn’t take long before Val was putting her stamp on the Philly social scene with her “Not Your Basic Brunch” signature events.  Combining some of Philly’s top DJs, a great venue in Penn 6, endless flowing liquor and of course over the top themes, her brunch parties immediately became a hit.  It didn’t take long for the brunch parties to gain notoriety.   Teddy Sourias of Ubahn & Bru  took noticed  eventually the duo teamed up to create the ultra exclusive La Soiree parties.  The Soirees worked as pop-up parties that took place on the rooftops of some of Philly’s swankiest condo buildings, complete with catering, bars, music and of course sweeping city views.

However, perhaps in what became one of the most talked about parties all summer was Val’s “Champagne Wars” that took place at Monarch. This time teaming up with her beau Mark Bruse (who is also well-known in the party scene), over a hundred bottles of bubbly were sold.   Party goers battled to see who could run through the most champagne with the help of water guns, champagne guns and the old fashioned shake and spray.  It was one of those “you had to be there” parties.

With a growing resume of trendy parties we had to catch up with Val Teachout and see what exactly are the ingredients to make the perfect party.  Check out our interview and she what she had to say!

You Can Follow Val on Social Media and Stay Up-To-Date With All Upcoming Parties At: