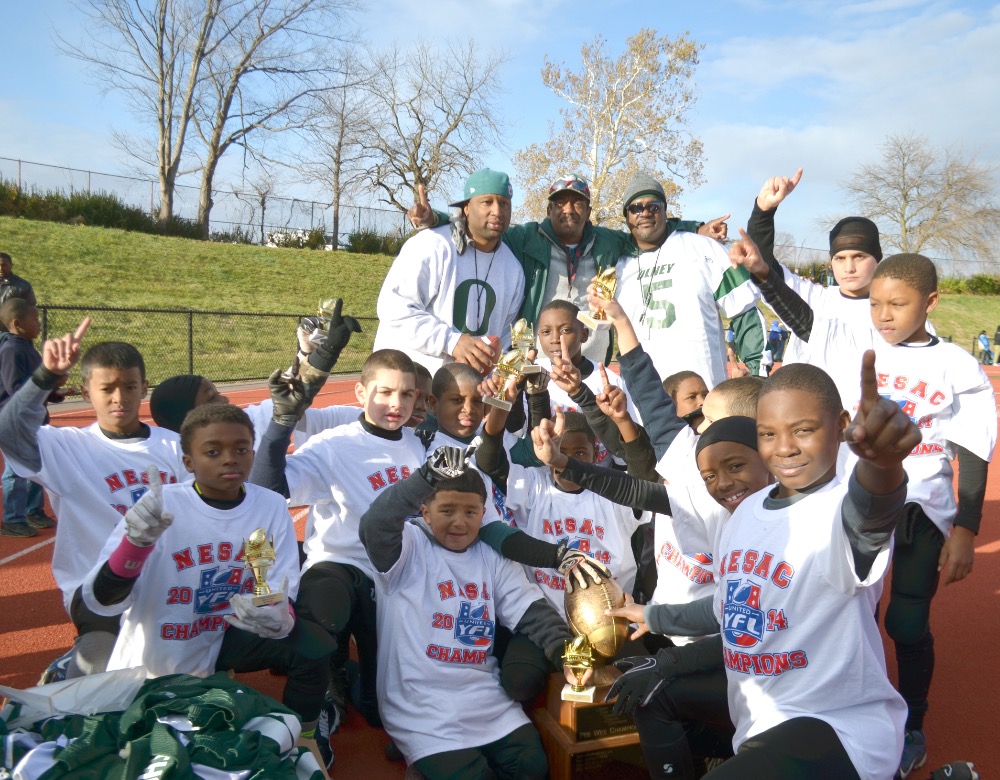 Philadelphia football fans are impatiently waiting for the showdown between our beloved Eagles and the Cowgirls.  Although, the big Thanksgiving day has big implications on division standings and possibly a Super Bowl appearance, there’s another Eagle team here in Philadelphia that is eager to be apart of a championship.

Meet the 10-0 Olney Eagles who’s perfect seasoned earned them the title of Cadet division champions of the Northeast Suburban Athletic Conference.  Although, they have conquered the competition on a local scale the Eagles are looking for a shot at a national title.  The undefeated Eagles play in the 95 pound division comprised of mostly 9 and 10 year olds.  These competitive youngsters would like nothing more this holiday season than to showcase their talents on a national scale.

Their goal is to raise enough money to play in the national tournament in Florida.  The tournament which runs from December 6th through the 13th and will cost the Olney Eagles roughly $15,000.  This includes air fare, ground transportation, lodging, and food for all  18 players as well as coaches.  Currently the Olney Eagles have raised only $960 due to a late start in fundraising.  However, the team hopes that generous supporters will donate and make their dream of a competing for a national title a reality.

Anyone looking to help the boys make it to Florida can make a donation to their Go-Fund Me Campaign at Run for the Ring.

Take a Good Look Philadelphia, Doug Oliver May Just Very Well Be Our Next Mayor
Thanksgiving Day Etiquette How to be the Perfect Guest