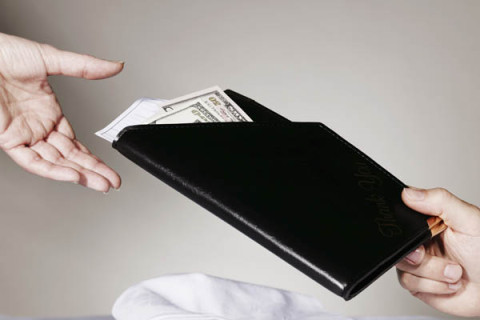 This is a nightlife and industry worker’s dream.  Apparently there are two men traveling the country leaving obscene tips to waitresses and bartenders in a campaign they dubbed “Tips for Jesus.”   The two men recently visited popular Rittenhouse spot Rouge.  At first the men were seated at the bar and talked the bartender up a big.  Then eventually ended up in the outdoor seating section where they were helped by the waitress.  As the men sat and ate they struck up small talk with the waitress but she didn’t feel anything was out of the ordinary.

That was until she picked up the check and saw that there was a $5K tip on a $258 tab.  In addition the kind men tipped the bartender $2k for a whopping $7K in tips!

Many people have been speculating on who these mystery men were.  Rumors have been swirling that one of the men is Jack Shelby  a former exec at Paypal who currently works as financier in San Francisco.  Whoever they are, they definitely showed a lot of love to the City of Brotherly Love.