Michelle Wie Twerks and Drinks Out of U.S Open Trophy After Her Win - Wooder Ice 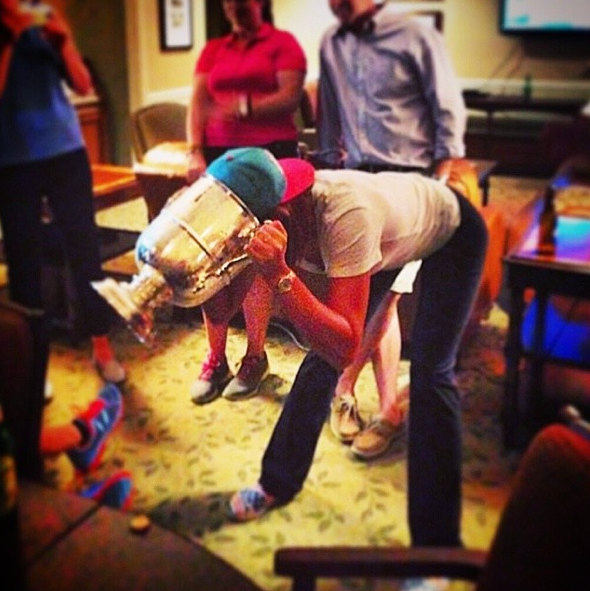 It’s been a long time coming for golf phenom Michelle Wie.  Since turning pro at the tender age of 15, she has failed to win a major championship until now.  Winning the 2014 U.S by shooting a 70 in the final round, Michelle let her frustrations out in a wild night of partying.  As seen in the video, Michelle refuses to put down her trophy which is later filled with alcohol.  She is seen drinking from the trophy then twerking on the walls.  As they say “turn down for what?”

See What Happens When Legendary Cellist Yo-Yo Ma Teams Up With BBoy
The Best Whitney Houston Cover is Done by a Man!