Looks Like There Will Be a TargetExpress in Center City! - Wooder Ice 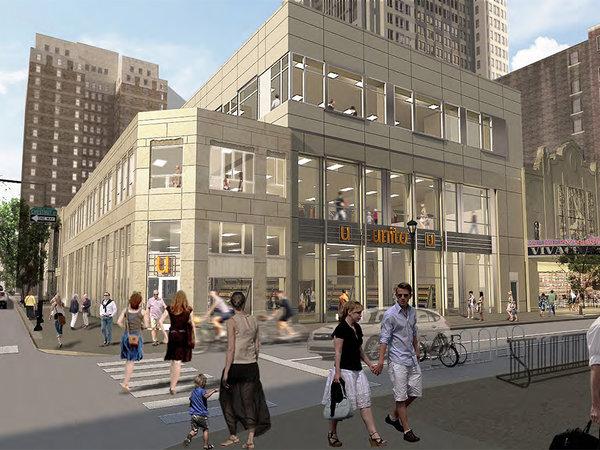 Target Corp. just announced plans to place a TargetExpress in Center City.  TargetExpress which is a miniature version of the larger based stores will be located at the former Boyd Theater on 19th & Chestnut.

The new TargetExpress will have 21,000 square feet of retail space spanning two floors and will offer popular items such as fresh groceries, home goods, beauty supplies and a pharmacy, TargetExpress seems to be welcomed with open arms by Philadelphians who find their stores superior to their competitors such as Walmart.  However, the love fest won’t happen for another year since Target Corp. is aiming for a July 2016 opening.

Target has planning for quite some time to place close to a dozen TargetExpresses in various highly populated cities across the country including San Francisco and Chicago. They are finally recognizing the demand by urbanites who are for lack of better words tired or trekking it to the suburbs or locations on the outskirts of the city.

If this news excites you be prepared to jump for joy again as Target Corp. has stated they are eying an additional TargetExpress in Center City.  Stay tuned as we will keep you updated on the store’s progress as well as possible locations for the second TargetExpress.

Continue Reading
You may also like...
Related Topics:shopping, target, targetexpress