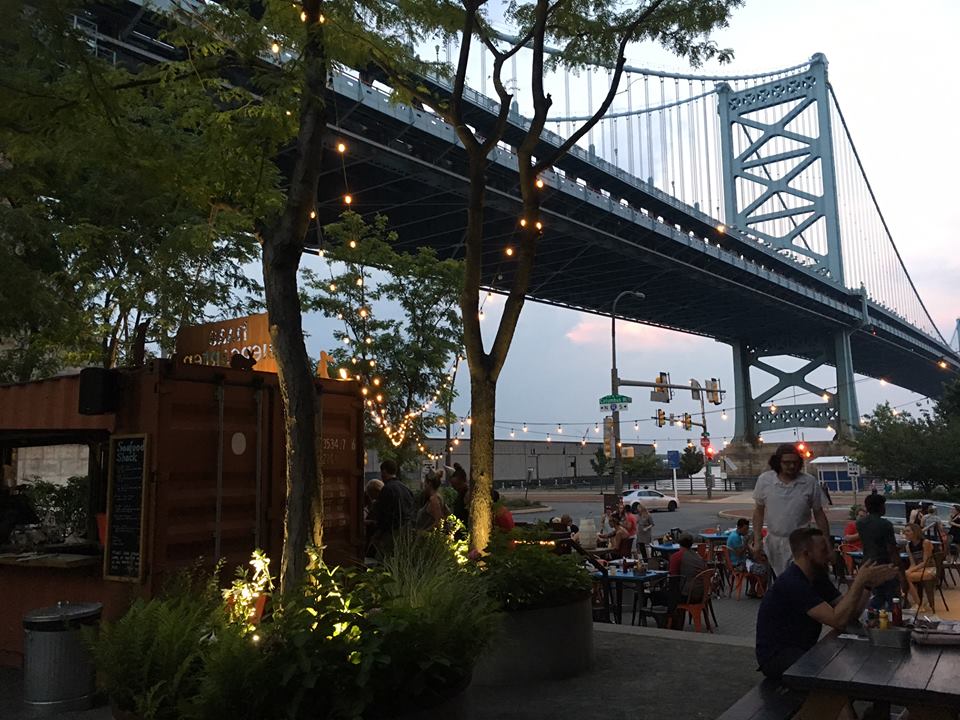 On Tuesday, October 24, La Peg at FringeArts will debut Hay Bar, a limited-engagement outdoor bar crafted from massive bales of hay. Hay Bar will last for a limited time only, offering seasonal drink specials and carve-your-own pumpkins through Halloween,Tuesday, October 31.

“We love the view of the Ben Franklin Bridge from our Haas Biergarten far too much to limit it to warm-weather months,” says General Manager Brad Histand. “This fall, we invite all of our friends to join us for hard cider, warm fire pits, and of course, all things pumpkin spice at Hay Bar.”

The Hay Bar drink menu will include:

Hay Bar snacks will include:

Hay Bar’s menu will be different from the full bar inside La Peg, and is offered exclusively outside. However, guests are encouraged to complement their Hay Bar beverages with food or drinks from inside, ordering at the bar and bringing them outdoors. There, they will also find Complimentary Carve-Your-Own Pumpkins, which they can decorate and add to the collaborative autumn decor of Hay Bar (limit one per guest). Guests’ pumpkins will be on display throughout Hay Bar’s limited run.

In addition to Hay Bar, guests can look forward to several fun fall FringeArts shows and events at La Peg: