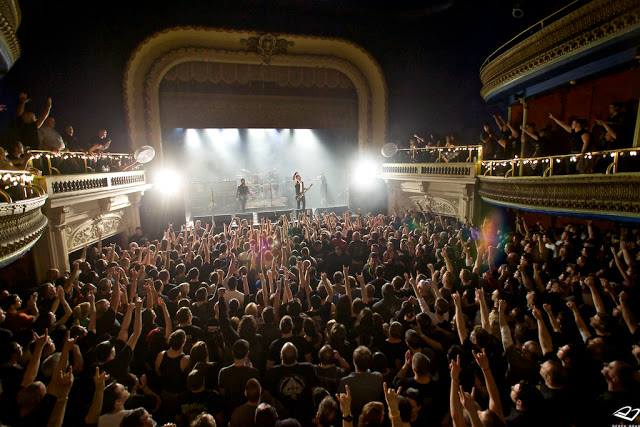 This news definitely hits hard.  Personally The Troc is one of if not my favorite venue for live acts in Philly.  The old world opera theatre feel and the vintage decor gave it so much personality and flair.  However, according to a recent article from Philly.com. Cinatown’s Trocadero Theatre is closing.

The article states that a Trocadero employee broke the news. Reporters tried reaching out but “Owner Joanna Pang did not return a request for comment, and messages left at the Troc’s main line have gone unanswered.”

The Trocadero Theatre (1003 Arch St.) has a rich history.  It originally opened in 1870 has been host to some of the biggest names in music.  It also housed niche events such as burlesque shows, 90’s Prom, Movie Monday’s and its signature Gong Show.

Personally the best hip hop shows I ever been to were at The Trocadero.  I was fortunate enough to see acts such as Nas, De La Soul, Pete Rock, Mos Def, Wu-Tang Clan, Dipset and so many more.

Although the article states that the last show to be booked is Stabbing Westward on March 31st. the Troc’s event page does have shows scheduled out until August.  However, many of the shows state they have been either canceled or moved.  So it looks like the reports are true.  Although Philly has many quality venues such as The TLA, Franklin Music Hall, The Fillmore and the new Met,  The Trocadero will forever have a place in the hearts of music lovers in the city.

Insiders are pointing to The Troc’s struggle to find a lane in the local music scene.  Other venues have been offering better amenities and a newer ambience.  No official word on what the last day will be.  We will keep you updated.  So long Troc, it’s been real!