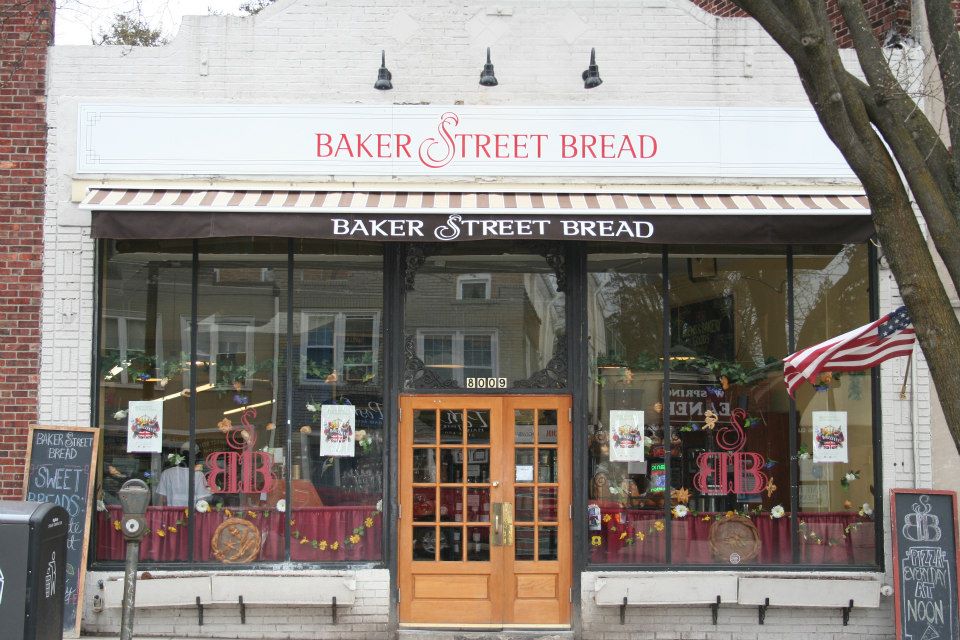 Baker Street Bread Co. is Giving Away 250 Baguettes to Celebrate Their 1 Year Anniversary!

Baker Street Bread Co. is Giving Away 250 Baguettes to Celebrate Their 1 Year Anniversary!

Baker Street Bread Company, one of America’s premier artisan bread purveyors, is celebrating the one year anniversary of its Chestnut Hill Bakery Café (as well as 27 years in business) by giving away 250 premium baguettes on National French Bread Day – Thursday, March 21st.

One year ago, Baker Street Bread Company’s former bakery was repurposed into Bakery Café, Northwest Philadelphia’s most popular café and daytime restaurant and retail outlet. To celebrate the anniversary of the expansion and National French Bread Day, the first 250 guests at the Café on Thursday, March 21st will receive a complimentary Parisian-style premium baguette (no purchase necessary).

“What better way to celebrate the one year anniversary of Baker Street Bread Co.’s expansion than with premium bread?” said Tim Ivory, Vice President of Sales and son of Founder Tom Ivory. “Chestnut Hill has been home for 27 years between the bakery and, now, the Café, so we’d like to say ‘thank you’ to the community with a premium baguette…well, 250 of them!”

Starting at 7 am, the first 250 guests will enjoy perfectly crunchy and dense premium baguettes made fresh at Baker Street Bread Co.’s new temperature and climate-controlled Point Breeze bakery. The new facility has allowed Baker Street to increase its bread output by 250 percent.

In addition to the complimentary baguette, guests can enjoy breakfast bites such as Baker Street’s über-popular Egg Steamer Sandwiches and Avocado Toast as well as lunch favorites such as the Ultimate Grilled Cheese, Turkey BLT, Best Chicken Salad Ever, among the mix. Additionally, an extensive grab and go selection boasts juices, sandwiches and salads to-go, even bake-your-own cookie dough.

The premium baguettes will be offered from 7 am – 6 pm on Thursday, March 21st – or until they are gone.

Bakery Café is located at 8009 Germantown Avenue in Chestnut Hill.

Baker Street breads are enjoyed at 350 restaurants across the Delaware Valley from Central Pennsylvania to the Jersey Shore, and from Northern New Jersey to Delaware.