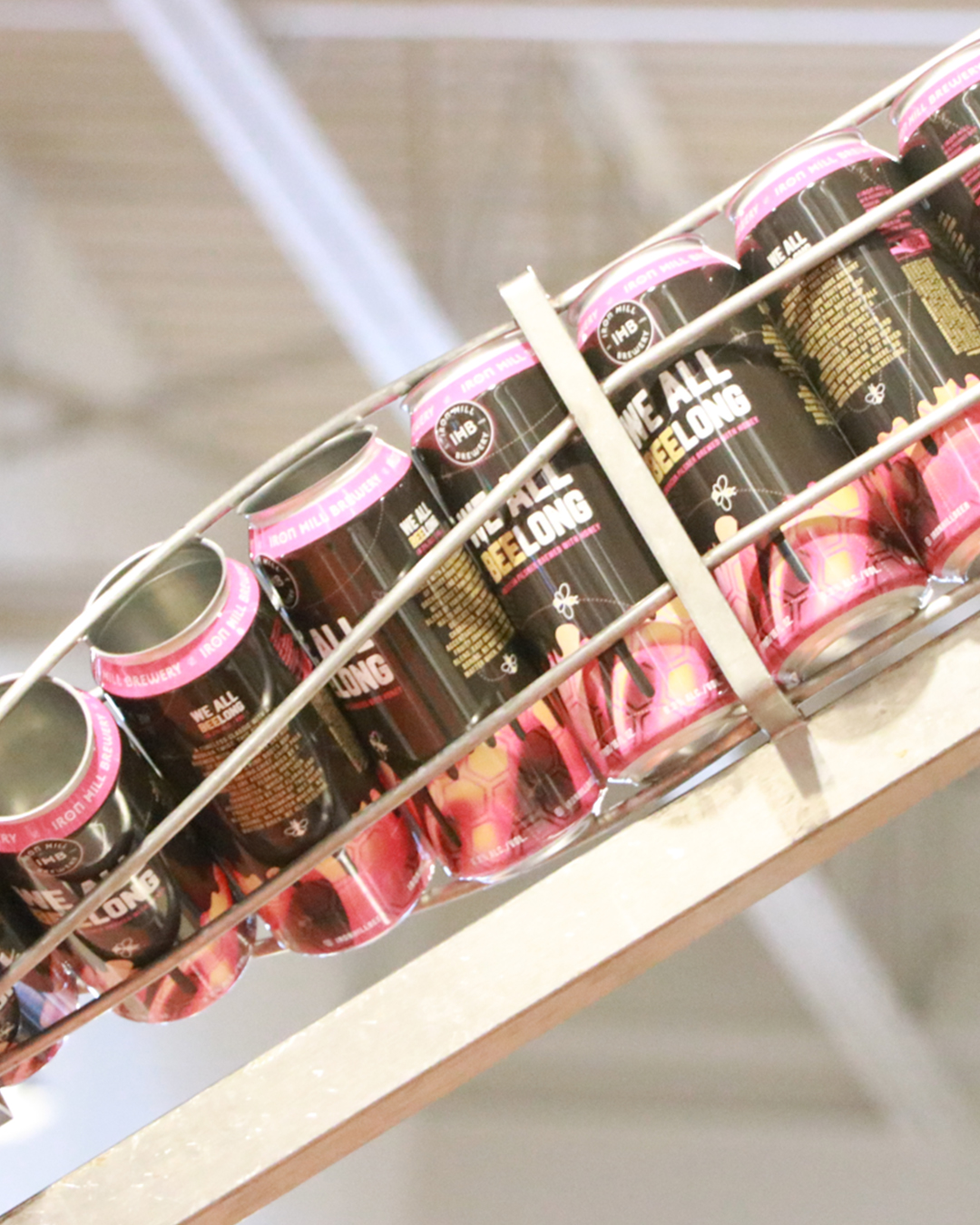 Iron Hill Brewery (Iron Hill) announces the release of three limited release beers for two crucial causes: relief efforts in Ukraine and education for women and/or non-binary individuals in brewing. Iron Hill will release the two following beers RESIST and Rye of the Tiger on Thursday, March 31, in support of the Red Cross Humanitarian Relief Efforts (RCHR) in Ukraine. The release of We all Beelong, benefits the Philadelphia and Atlanta chapters of the Pink Boots Society the following week on Thursday, April 7th.

RESIST (9.8 ABV/750 ml) is a bottled jet-black, full-bodied “anti-imperial” stout full of rich roasted malts aged in utopias barrels. This stout has notes of dark cocoa, espresso, and vanilla. Iron Hill will donate 100% of release date proceeds to the RCHR, followed by a donation of $10 per $24.95 bottle after the release date. Rye of the Tiger (6 ABV/12oz) is a porter draft that has been aged three months in Dad’s Hat Rye Whiskey barrels. Rye of the Tiger will be poured for $8.25 and all proceeds on the release date will be donated to the RCHR, followed by a donation of $1 per pour after the release date.

We All Beelong, (6.2 ABV/16oz) is an American pilsner brewed with honey in collaboration with the Philadelphia and Atlanta chapters of the Pink Boots Society. We All Beelong is brewed with a generous amount of honey from Fruitwood Orchards and a hefty dry hop with 2022’s Pink Boots Hop Blend by Hop Specialist, Yakima Chief. The delicate floral honey notes are accentuated by the fruity character of the carefully selected and curated hop blend. The pilsner will be sold on draft for $8.25 per pint and in 16oz four-packs for $14.50 while supplies last. A portion of the proceeds from this women-led beer will go to the Philadelphia and Atlanta chapters of the Pink Boots Society, a non-profit organization that supports women and/or non-binary individuals working in the fermented/alcoholic beverage profession
through education.

“Creating beers with a cause is immensely important to us as brewers and a corporation. Being a woman in brewing myself, it feels great to give back and support the future of women and non-binary individuals in the brewing industry. I’m proud that as a brewery we have the resources that allow us to launch three different beers with a cause simultaneously. I am so grateful that we can use our strong brewing structure to create great beers, support important causes and engage with the community through delicious beer”, explains Whitney McLain, Iron Hill’s Head Brewer at their Dunwoody, GA location.