Game on! Heffe Beer Garden is Back and Ready to Play! - Wooder Ice 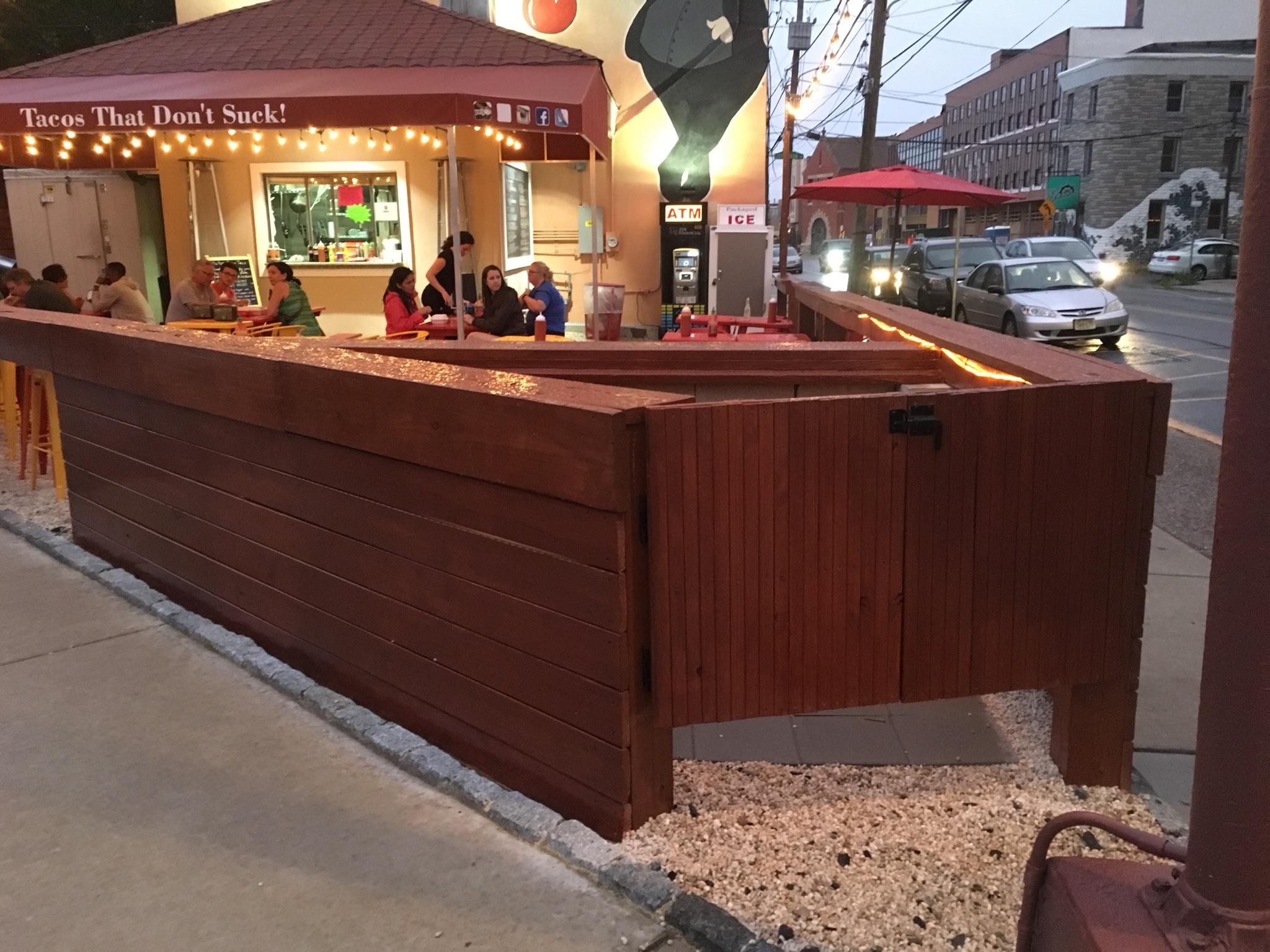 Game on! Heffe Beer Garden is Back and Ready to Play!

It hasn’t been a month yet and Heffe Beer Garden and it’s already had enough drama with the city to be on a reality show.  If you recall just a week ago, Heffe Beer Garden was shut down by L&I for not having the necessary permits to operate in the adjacent lot.  The kicker was that the city halted operations during  a fundraiser benefiting a young lady battling epilepsy. This harsh act by L&I drew harsh criticism from neighbors and Philadelphians in general.

The pop-up garden was the first of its kind in the ultra hip Fishtown section of town.  Opening up to much fanfare, this small slice of beer heaven was a hit for the brief time it operated.  The brainchild of three Philly hot spots, Heffe Taco, Bottle Bar East and Baby Blues BBQ, the beer garden offered fare from Heffe and a fully functional bar.

Now since the city threw the red flag on the field of play, Heffe Beer Garden has decided to move its operation a few yards. Now its game on at Heffe’s main lot.  Peter Andrews and Anthony Lolio, owners of Heffe Taco have built a shiny new custom bar.   Located at the far end of their cozy lot, they hope to continue their outdoor festivities hassle free.

With L&I in their rearview, Heffe Beer Garden looks to fulfill its purpose, to provide a chill and relax outdoor atmosphere. Fishtownians and visitors alike now have their inaugural beer garden back.  So if you’re looking for a spot to catch a summer breeze,  some banging tacos and fresh cold alcoholic drinks,  just know that Heffe Beer Garden is back in bizz.

Eakins Oval Beer Garden Opens July 15! Here’s 8 Things You Need to Know!
10 Unique Burgers in Philly You Have to Try