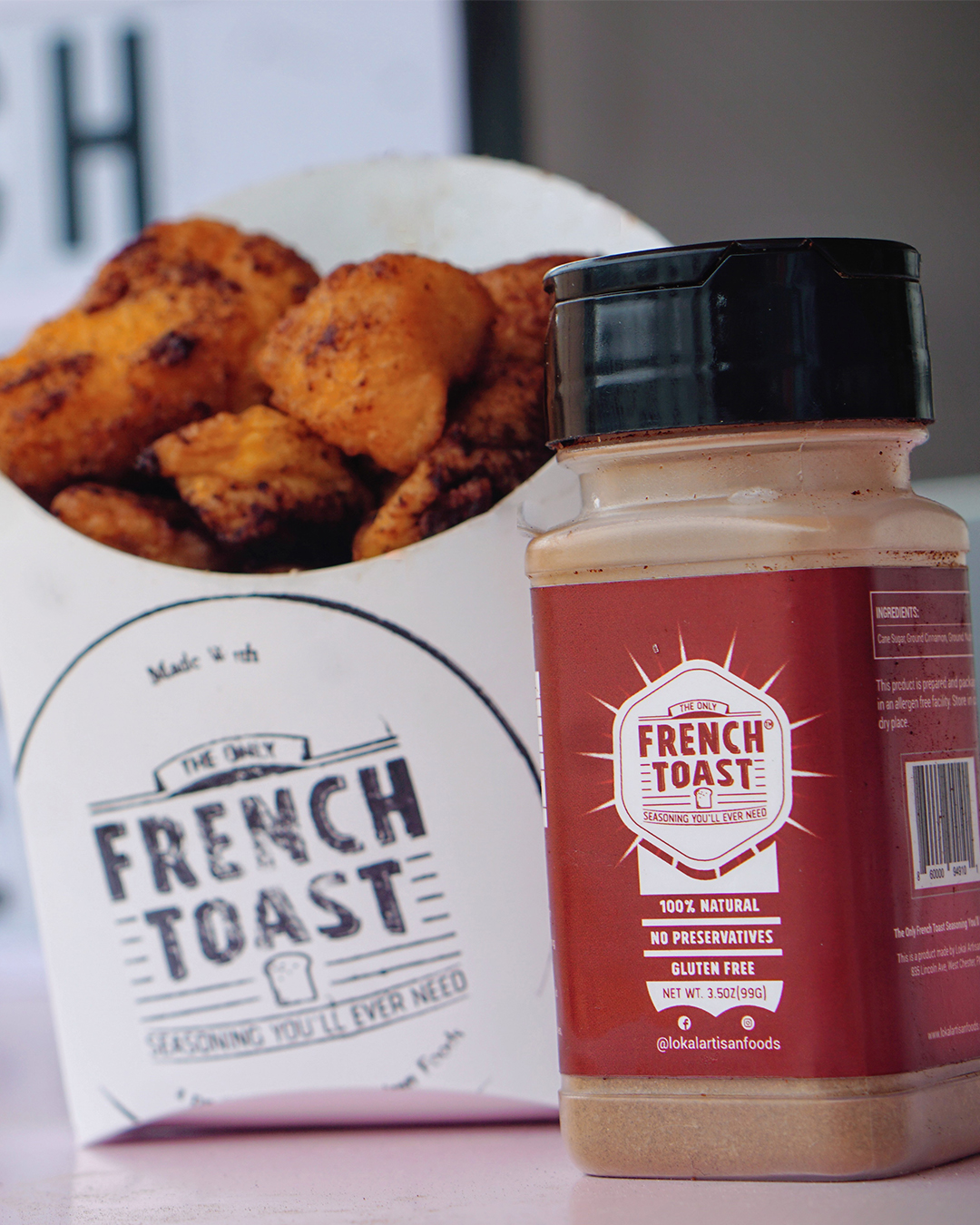 French Toast Bites by Lokal Artisan Foods will bring the sugar and spice and everything nice to the Philadelphia Waterfront for spring, summer and beyond. Restaurateur and entrepreneur Charisse McGill announces the grand opening of a year-round location of French Toast Bites at Cherry Street Pier now open limited hours Fridays to Sundays, from Noon to 8:00pm. McGill is thrilled to also announce the season opening of French Toast Bites at Spruce Street Harbor Park for her second summer starting May 7th. Starting on that date, both locations will be open Sunday, 12:00pm to 9:00pm, Monday through Thursday, 5:00pm to 9:00pm, and Friday and Saturday, 12:00pm to 11:00pm. On the menu, look for her signature French Toast Bites with unlimited toppings, vegan French Toast Bites, new French Toast Milkshakes, bacon on a stick and other summer-time treats. McGill makes history with both locations as the only Black-owned, female-owned food operator for both sites. 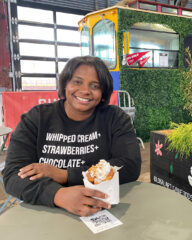 For McGill, the road to Cherry Street Pier and Spruce Street Harbor has been a long and exciting one – with ups and downs especially during the global crisis. McGill’s story is one of inspiration and perseverance as she has carefully expanded her business and adapted her model to short and long-term pop-ups, restaurant collaborations, and event/festival catering and vending. Just over one year ago, McGill saw almost ALL revenue and income for the coming year disappear before her eyes as her festival and food business saw a year or more of cancellations. For someone that worked so hard to pop-up at high-profile locations and events like Piazza Pod Park, Made in America, South Street Spring Festival, East Passyunk Flavors on the Avenue, and others, this was news that would have defeated most regular people. However, McGill looked the pandemic in the eye, she didn’t blink and she spent the last year pivoted and getting creative and out of the box – with big partnerships and big growth opportunities. Mcgill picked herself up, applied her can-do positive attitude, and leveraged her business relationships, and she found new doors to open to make a new path for her fledgling business.
PIVOT DIARY: THE JOURNEY TO THE WATERFRONT

McGill, 39, is a Temple University alum, who attended the School of Sport, Tourism and Hospitality Management. She is one class away from graduating from St. Joseph’s Haub School of Business, with an MBA in Food Marketing. She is the former Director of Special Events at Valley Forge Military Academy. She also is known for being an expert in open-air economics and organized the highly successful Lansdale Farmers’ Market. In 2018, her daughter Madison (now 15 years old) sold lemonade and became her Mom’s biggest fan and investor by helping her launch her new business French Toast Bites at her very first large-scale even, which was Made in Philadelphia Holiday Market at Dilworth Park. After launching, McGill became one of the most recognized and sought after vendors in the market. With the funds raised there, she invested back into her business and exploded in 2019 with the debut of her retail version of her priority blend of French Toast Spice – “The Only French Toast Seasoning You Will Need.”

While she was securing shelf placement for the spice, she continued to expand throughout 2019 with more events and festivals, her debut at the Bronx Night Market, the launch of a summer-long pop-up at Piazza Pod Park, the launch of a pilot program with Shop Rite, her debut at Made in America, and a record-breaking return to Made in Philadelphia Holiday Market.

For 2020, McGill had big plans that included more and larger festivals and events, more short-and long term pop-ups, and exploration of a brick and mortar space. Then COVID19 hit and those plans fell apart like they did for many in the hospitality business. These plans really came to a devastating end when the Mayor announced this very week that events would be cancelled until February of 2021. That is an additional seven months of income and opportunity – and the joy of cooking – lost for McGill.

During the global crisis, McGill helped champion and became the first paid vendor on the Black-owned and operated Black and Mobile delivery service. She partnered with Better Box to share kitchen and cooking facilities to host pop-up sales via delivery and pick-up. She went on to be one of 60 people to win a grant from Black People Eats, she raised 100% of her goal through a community Kiva loan, and was awarded a Magic Johnson forgivable loans to minority owned businesses through Johnson’s EquiTrust Life Insurance Company. She also was awarded a grant from the PA 30 Day Fund.