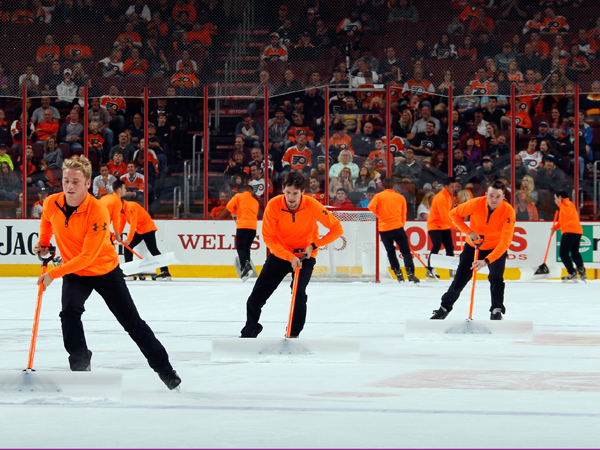 Pre-season hockey kicked-off this week and although it’s still early to really evaluate the team, fans are definitely up in arms about a recent NHL change. Up until this season NHL teams including the Flyers gave the job to clean the rink between periods to what can be described as scantily clad women.  In the Flyers case they were deemed the The Fly Ice Girls. 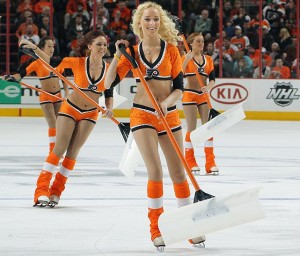 After receiving pressure from women’s rights groups and other grass roots organizations the NHL caved in and decided to replace all of the female crews with guys.  The argument was that several NHL ice girls filed lawsuits against the NHL for receiving substandard wages and working in hostile and sexist environments. Before matters were able to get out of hand the NHL jumped in front of this potential PR nightmare and immediately got rid of all ice girl squads.

Unsurprisingly, the new crew of rink cleaners were booed in their debut here in Philly.  Social media outlets such as twitter and Instagram were flooded with pictures and videos of the disdained crowd showing their displeasure.

As you are aware the NFL is currently under heated scrutiny regarding domestic violence which involves many women’s rights organizations.  Many are speculating that the NHL is taking preemptive measures to avoid any unwanted criticism regarding the former ice girls.