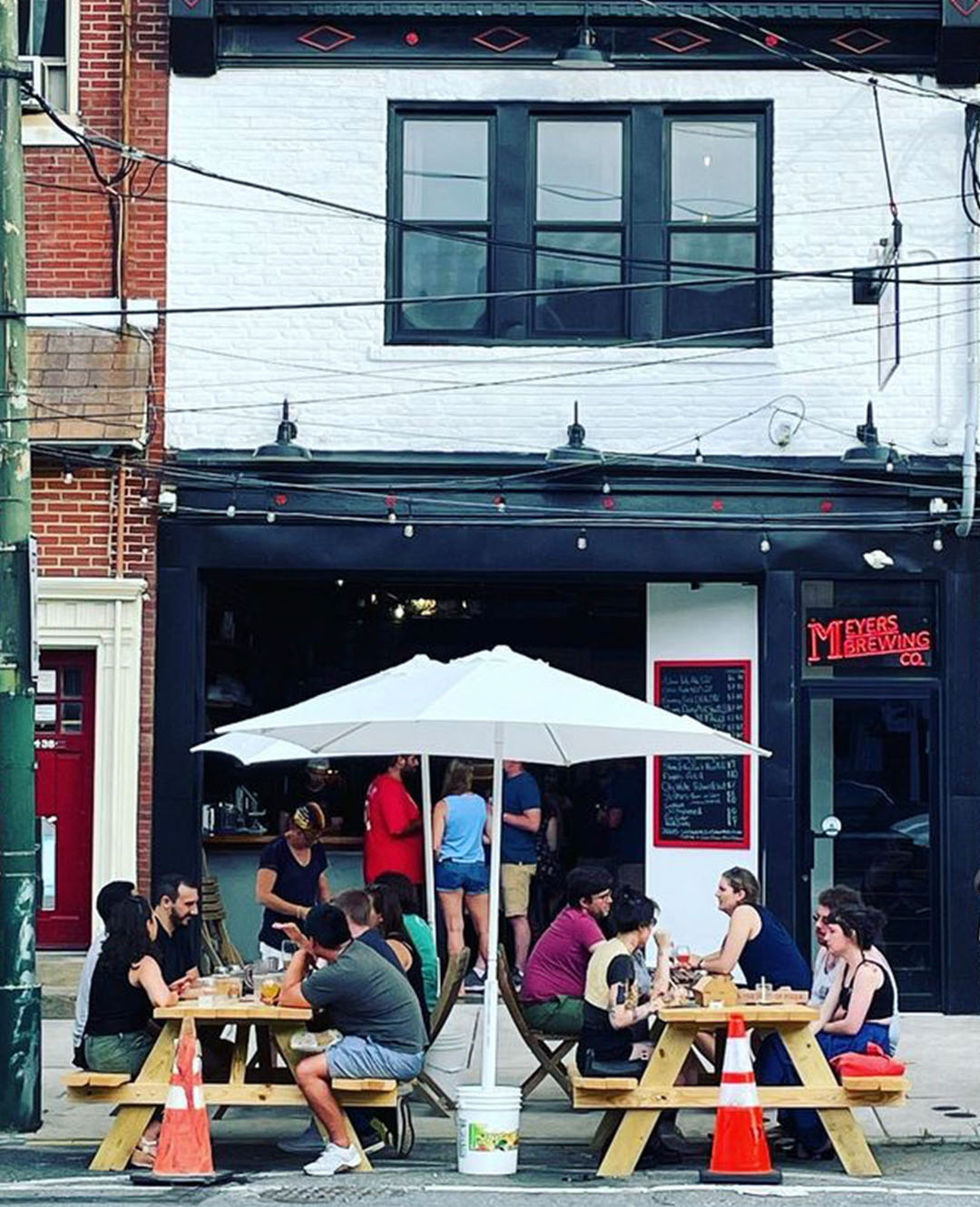 A new brewery has set up shop in Fishtown and this one has a vibe all its own. The all-new Meyers Brewing Company (436 E Girard Ave,) open its doors on July 9th and features a game room, plenty of TVs and of course great beer.

The brewery is located in an 1880’s carriage house that was purchased by Meyers Brewing Company owner Michael Meyers a few years back.  “I just thought it had so much potential. It was my first design and building a project of this size and I did a lot of the work myself and with the help of some close friends. I wanted to create a very chill vibe and preserve this history of this cool old building. A lot of the design was done to highlight the old features like the brick and beams but add a newer modern farmhouse design to it,” Mike states.

As a kid Mike used to watch as his father brew beer in the laundry room and since then his love for beer spawned. Mike eventually enlisted the help of  Cortney Costa who is the head brewer at Meyers Brewing Company.  Having worked at Moss Mill Brewery, Cortney has an extensive background producing quality brew.  “She’s been fantastic, we both love different style beers so we’ve had a ton of fun plotting and planning our lineup. We’re having fun!” Mike added.

Currently Meyers Brewing Company has  6-8 rotating beer taps as well as other beverages.   However, that number will soon become 7 as a new west coast IPA will join the line-up. Their NEIPA and Palmer Pale ale will be staples. “We opened with a Milk Stout to run with our theme as well that has been fantastic. We love sours so and wits as well so we had to have those on the menu,” Meyers added

In total the brewery seats 70 both indoor and outdoor combined and features an upstairs game room that is also available for private parties.  Guests can enjoy 4k TVs, a dart board, and a custom shuffle board is currently being made as well. As for his thoughts on the neighborhood, Meyers adds “We love Fishtown and want to just be in the neighborhood and spread good beer and cheer! The support has been amazing,”

Summer Hours of operations are