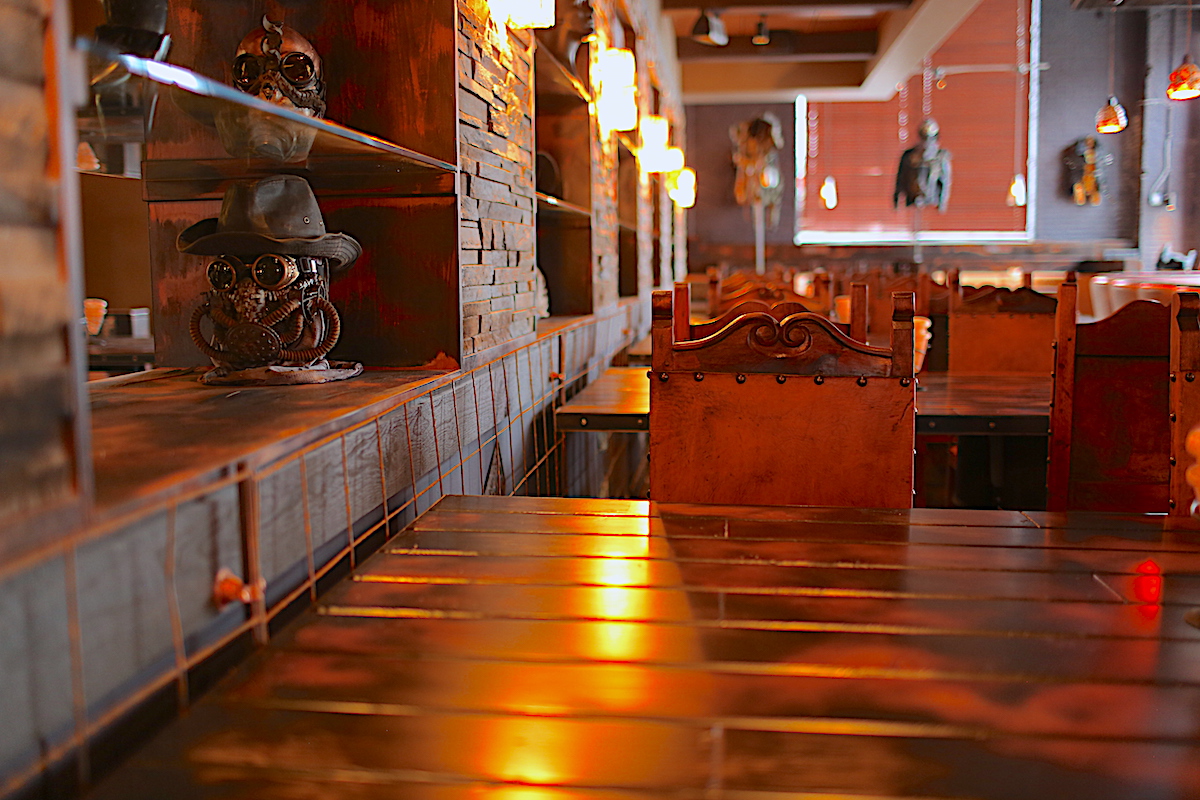 After taking an exclusive tour of this place, I have to be honest and say it was tough to think of a way to describe it and do it justice.  This is because as the owner Michael Johnigean stated, “It’s the first of its kind in the world.”  After my tour I have to agree with Mike.  This place is nothing short of unique. So what should you expect from Fishtown’s new 230 seat restaurant? Well think of it as Planet Hollywood meets Universal Studios  meets Gyu-Kaku (cook you’re own food).  When it opens Friday October 6th, Mad Rex will be an Instagram foodies’ paradise with no shortage of food or objects to capture. 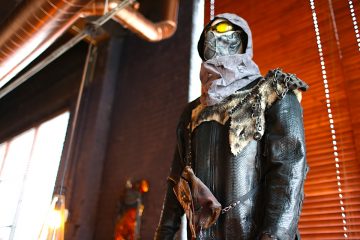 Located at 1000 Frankford Avenue under Revolutions and adjacent to the Fillmore, Max Rex is a world unto its own.  Walking in you’re immediately drawn in by the detailed decor and props.  There’s an actual helicopter suspended from the ceiling for crying out loud!  Let’s not forget about the plane crashing through the roof.  It’s like a post apocalyptic war museum where shelves are adorned with gas masks and war relics while actual weapons are implanted in the bar tops.

Although the decor steals the show here, the food is not to be outdone.  Prepared by world renowned butcher/chef  Peter Rule (Brigantessa, Will, Wister, Fork, and Avance), the menu will feature an assortment of carved meats and in-house pastries.  Guests who really want to the full effect of Mad Rex, will be able to cook their own food on  hot rocks and salt blocks.

Need more of a reason to check this place out? Well how about two virtual reality lounges.  The VIP lounge features plush chairs, lockers to store your liquor and IV’s you can drink through while engaged in you VR world.

In an area of town where dive bars are the go-to spots and chains are shunned, this bold new restaurant looks to offer an awesome alternative.  With establishments such as Punchline, Revolutions, and the Fillmore as neighbors, Mad Rex looks to anchor this entertainment complex with a truly unforgettable dining experience. 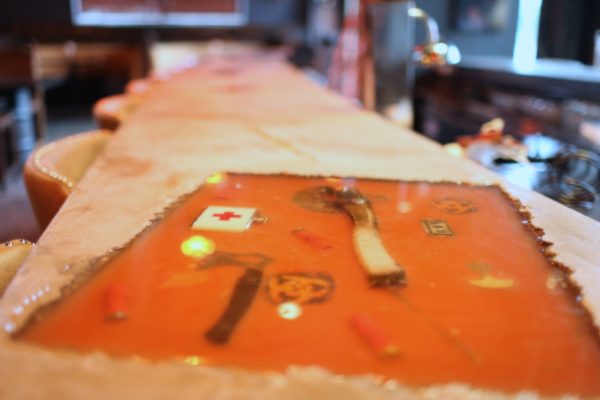 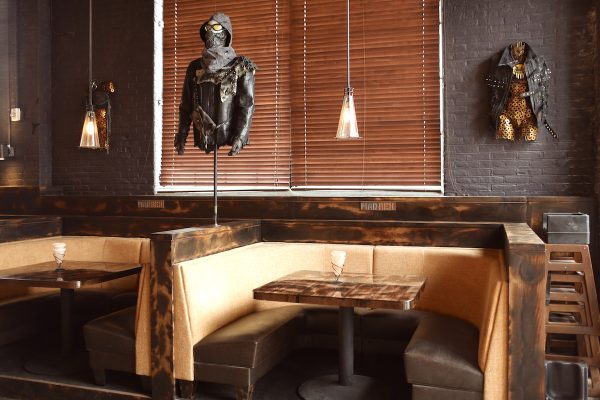 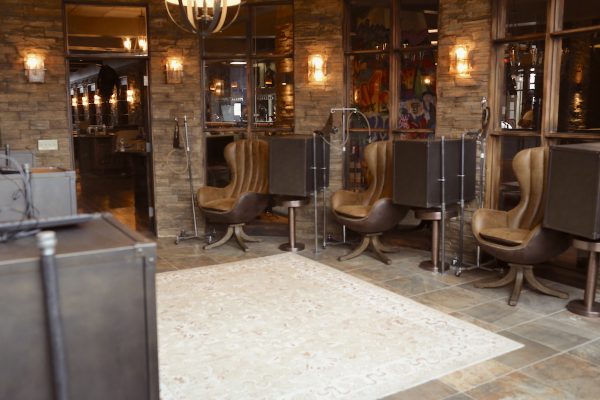 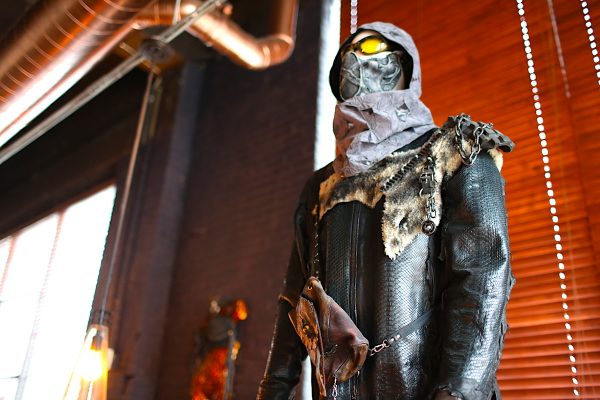 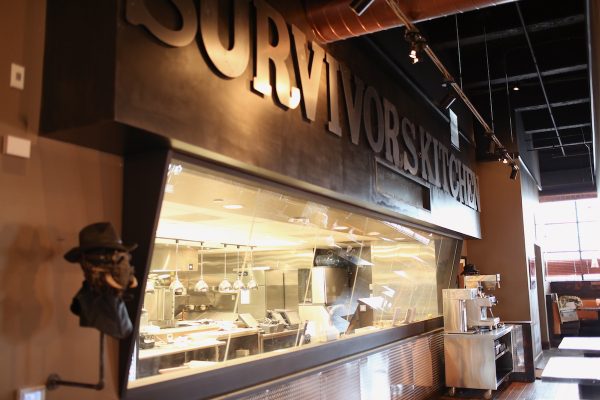