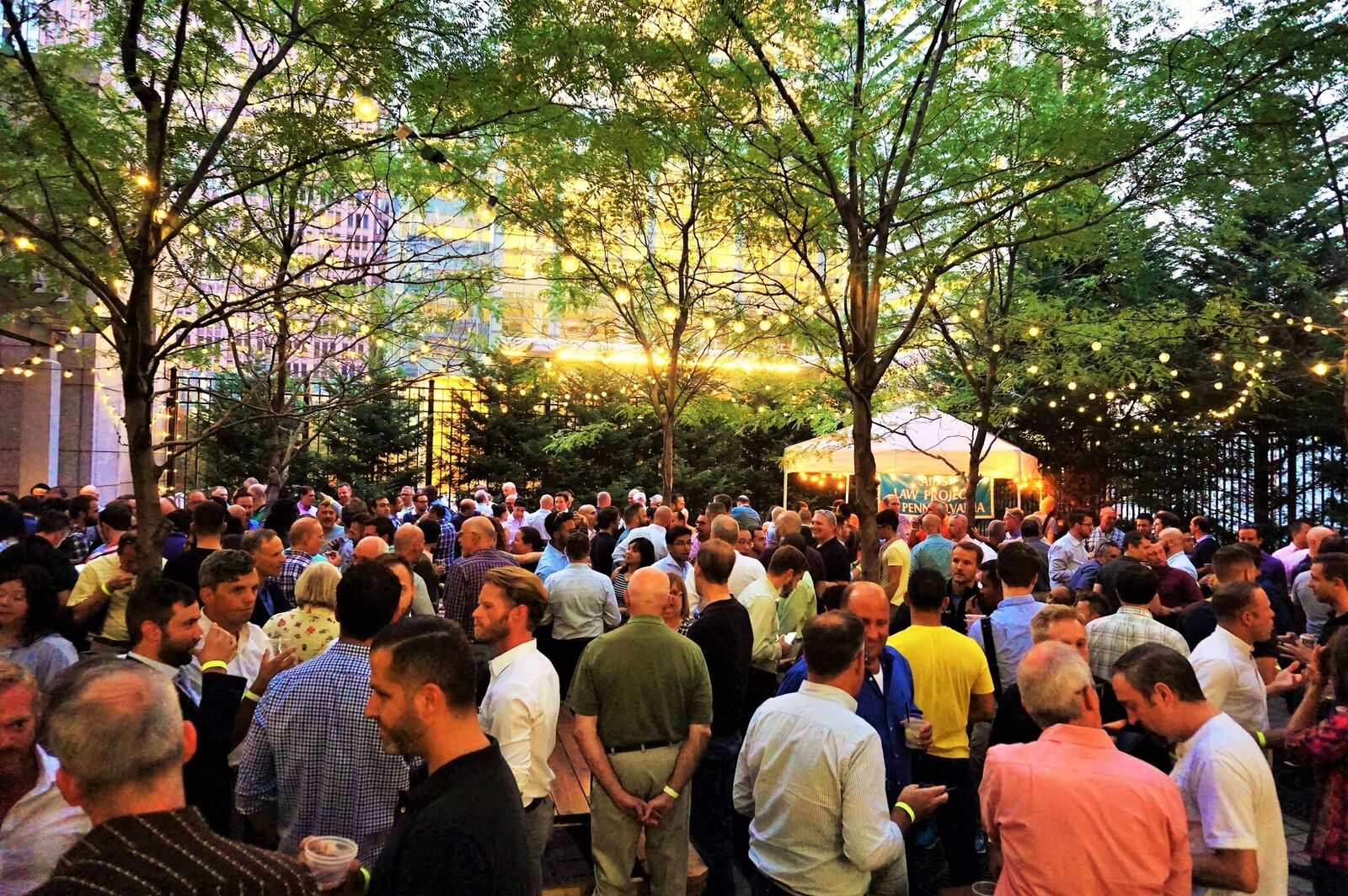 Teddy Sourias (BRU Craft & Wurst, U-Bahn, Cinder) announces the return of Uptown Beer Garden to 1735 JFK Boulevard starting on Thursday, May 19, 2016. Changes for the 9,000 square foot space will include additional seating, expanded bar space and party access to the BNY Mellon Wealth atrium. The most notable change, however, will be in the kitchen as acclaimed three bell rated Chef Jonathan Petruce takes over the new outdoor grill for the summer to fire up elevated barbecue and street food favorites like Spanish Octopus, Turkish Chicken and Chimichurri Beef Skewers, plus Grilled Mexicorn, Lobster Roll, Sausage/ Peppers and more. 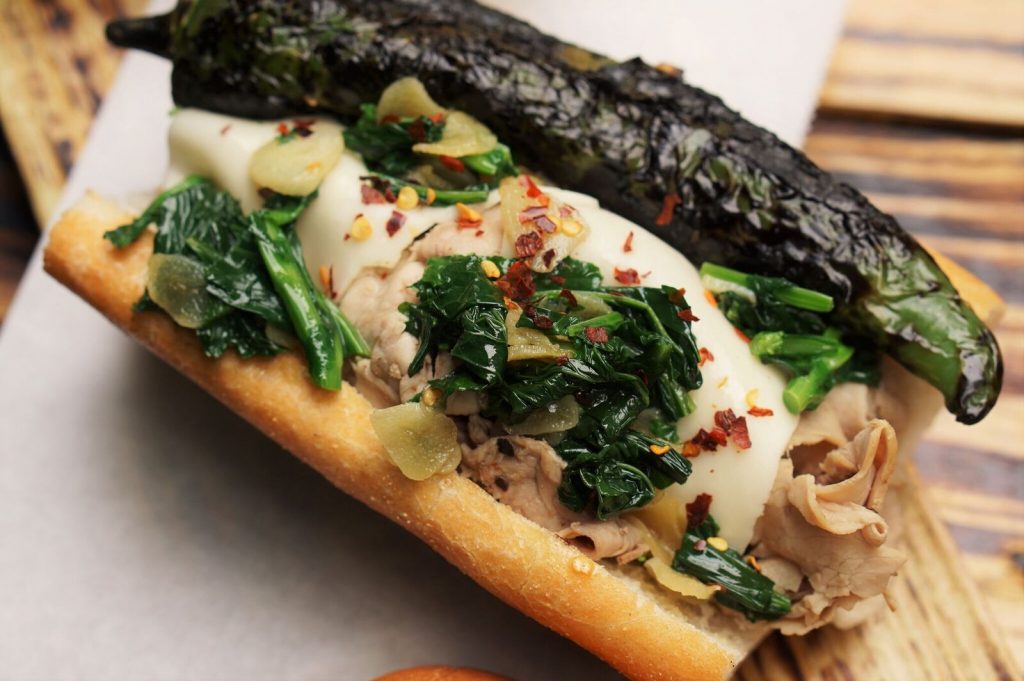 Starting on Thursday, May 19, 2016, at 4:00pm, Uptown Beer Garden will return to the Philadelphia’s financial district and Logan Circle neighborhood five days a week, Monday through Friday. Starting hours will be Mondays and Tuesdays, from 4:00pm to 9:00pm, and Wednesdays through Fridays, from 2:00pm to Midnight. Uptown will also open on weekends for special programs, as well as for private rentals and catering events. Uptown will run through the summer and into early fall, closing on Friday, September 30, 2016.

On Wednesday, May 25, 2016, usher in summer at the official Grand Opening and Center City Sips Preview Party, from 5:00pm to 7:00pm, with beer and cocktail tastings, complimentary menu samples, and a meet/greet with ChefJonathan Petruse. On top of complimentary samples, enjoy a Sips preview one week early with $5 cocktails, $4 wine, $3 beer and half-priced appetizers. Look for additional programming for weekends and Philly Beer Week to be announced later in spring/early summer.

Uptown Beer Garden features 9,000 square foot of space nestled among the trees of the courtyard of the BNY Mellon Wealth building, on the 1700 block of JFK. Tree slab communal tables, outdoor lighting and rustic decor will return again to the urban oasis. Additionally, marble benches will be removed this year to make way for even more picnic table seating. Also, new for 2016, private events will have access to the inner atrium of the BNY Mellon Wealth building.

Most notable of the changes outside will be at the Garden Bar which also will include a new outdoor grill where Chef Petruce will fire up elevated versions of his favorite street food and barbecue favorites. Petruce brings 15 years of experience to the kitchen working at M Restaurant, Rae, Meme, and Little Fish (which Travel + Leisure magazine named among the top 20 seafood restaurants in the country). Petruce also was co-chef of Petruce et al which garnered a three bell rating from Philadelphia Inquirer’s Craig Laban and a three star rating from Philadelphia Magazine.

“We wanted to up the game for year two in the kitchen,” said Sourias. “I am thrilled Jonathan joined our team for the summer. Look for the city’s biggest outdoor barbecue with elevated favorites. Plus, look for Jonathan and his team to unveil surprises on the menu as the summer rolls on. Hopefully its the start of exciting things to come for our team and Jonathan.”

On the drink side, both current bars will be expanded to 40 foot and 25 foot this year for increased service, and a third 20 foot bar will be added to cater to large groups and private parties. Bars will feature a selection of spirits, select wines, eight craft drafts and four craft cans. Signature cocktails will include Sangria, Dark n’ Stormy/Moscow Mule, frozen Margaritas, and seasonal specialty cocktails.

“Our goal is to have the best draft lineup of any beer garden in the city, highlighted ‘Uptown IPA’ brewed exclusively for us by local Pizza Boy Brewing Company,” said Sourias.

Eight craft taps will include the Uptown IPA, Neshaminy Creek Trauger Pils, Half Acre Daisy Cutter, Ballast Point Wahoo White and Sprecher Grapefruit Radler, plus other selections to be announced.

For Center City SIPS on each Wednesday, Uptown will pouring four different $3 drafts, $4 house wine, $5 Green Tea Whiskey Sours and Moscow Mules, plus serve select half priced apps. The first Center City Sips is on Wednesday, June 1, 2016 from 5:00pm to 7:00.

Monday and Tuesday, 4:00pm to 9:00pm
Wednesday, Thursday and Friday, 2:00pm to Midnight
Saturday and Sunday, Special events or private parties only

Continue Reading
You may also like...
Related Topics:uptown beer garden