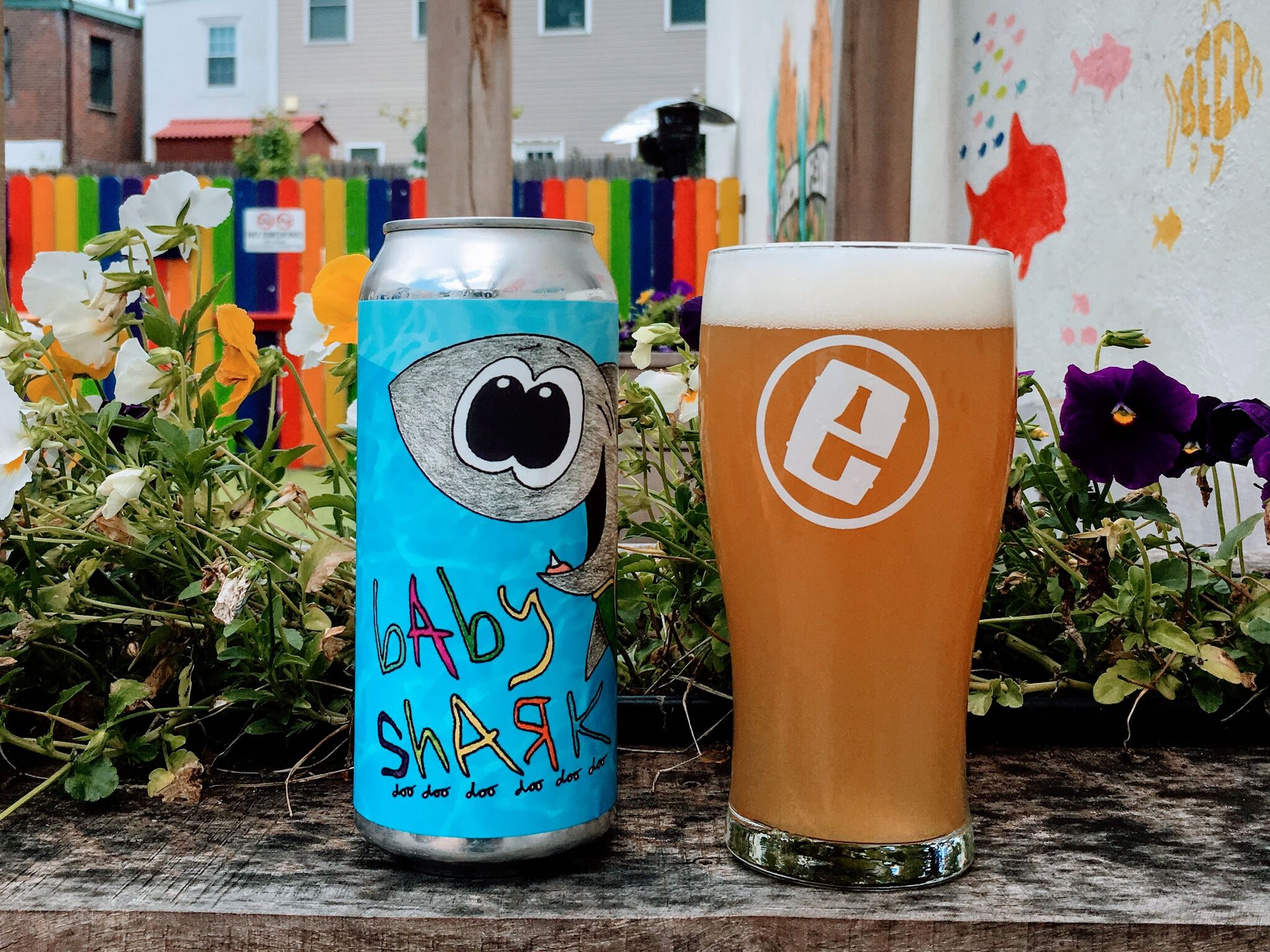 Evil Genius Beer Company, in Fishtown, celebrates Shark Week in the best way they know how – with a week of beer driven, shark themed craziness! As the East Coast experiences the summer of the shark, Discovery Channel’s Shark Week will return for its 31st year, from July 28 to August 4, 2019. Evil Genius Beer Company is ready with the premiere of Baby Shark Doo Doo Doo Doo Doo Doo in cans, the debut of Bucket o’ Sharks with a special Evil Genius Beach Bucket, a benefit .5 Shark Run, Shark Week Trivia, shark-themed movies on the projection screens, and a shark-week cocktail. All are available at Evil Genius Beer Company’s Lab and the Evil Genis Beer Garden at 1727 N Front St, Philadelphia, PA 19122.
“Evil Genius loves sharks – especially the celebrity and guest of honor, Baby Shark,” said Evil Genius partner Trevor Hayward. “This fits right in our wheelhouse for using our creative juices and getting crazy around a fun theme and narrative. Shark Week is also something we all personally love and look forward to every year, and there’s no better place to to see what’s in the water than in Fishtown.”
Shark Week at Evil Genius kicks off on Saturday, July 27, 2019 with the new release of Baby Shark Doo Doo Doo Doo Doo Doo – a 4.4% Hazy Mosaic Pale Ale in cans. It will also resurface on draft as well – where it debuted in spring as a limited edition. Pail Ale Special Bucket o’ Sharks will feature a special four pack, on ice, in an Evil Genius Beach Bucket available – perfect for the Baby Shark fans! The beer will be available all through Shark Week – or until it sells out.
Next up, on Sunday, July 28th, head to Evil Genius for a special .5k Shark Run – with proceeds to benefit Schuylkill River Restoration Fund.
On Thursday, August 1st, enjoy Shark Week Jeopardy and prove just how much of a Shark aficionado you are LIVE. Come out to The Lab with your team and play head to head against others in our Shark Week Jeopardy night. Join our host, Angry Trebek, and support the Schuylkill River Conservancy!
During Shark Week, look for a special shark week craft cocktail at the bar – and look for Shark Week on the TV’s live in the Lab – on two projection units and behind the bar. They will also play vintage and recent campy shark-themed movies – Sharknado, Jaws, Finding Nemo and others.
Continue Reading
You may also like...
Related Topics:baby shark, baby shark beer, beer garden, evil genius, shark week, Top Page Posts