Emilio Estevez is Coming To Philly for a Screening! Here's How You Can Get Tickets! - Wooder Ice 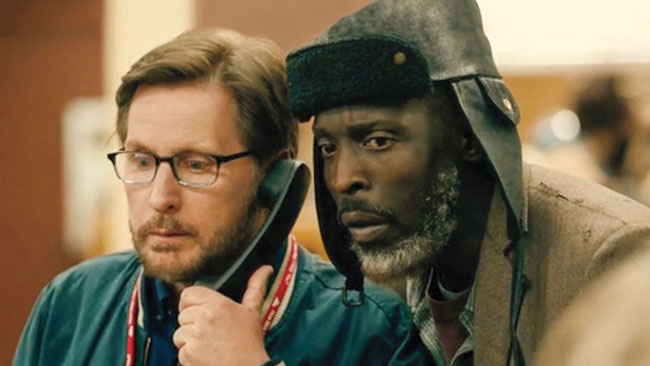 Emilio Estevez is Coming To Philly for a Screening! Here’s How You Can Get Tickets!

Emilio Estevez is Coming To Philly for a Screening! Here’s How You Can Get Tickets!

Emmmmmiiiillliioooooo!! Ever since Emilio sat in detention 35 years at Shermer High, he’s been a fan favorite.  The Brat Pack alum went on to star in many cult classic films and now he’s coming to Philly to screen his latest project “The Public.”  Emilio will be at the Philadelphia Film Center Thursday March 28th along with Author Ryan Dowd to discuss the film.

The Public which also stars Alec Baldwin, Jena Malone, Taylor Schiling and Christian Slater, centers around a library oddly enough (no detention this time).  Tickets to the event are $26 for general admission and $96 for VIP tickets.  I mean who wouldn’t want to shoot the breeze with Gordon Bombay?  To make it even sweeter all proceeds will benefit Mental Health Partnerships. ($25 of each ticket is tax deductible).  So this is a win-win!

Check out the event itinerary as well as The Public’s plot below!

An unusually bitter Arctic blast has made its way to downtown Cincinnati and the front doors of the public library. The story revolves around the library patrons, many of whom are homeless, mentally ill and marginalized, as well as an exhausted and overwhelmed staff of librarians who often build emotional connections and a sense of obligation to care for those regular patrons. At odds with library officials over how to handle the extreme weather event, the patrons turn the building into a homeless shelter for the night by staging an “Occupy” sit in. What begins as an act of civil disobedience becomes a stand off with police, with a rush-to-judgment media constantly speculating about what’s really happening. This David versus Goliath story tackles some of our nation’s most challenging issues, homelessness and mental illness, and sets the drama inside one of the last bastions of democracy-in-action: the public library.

The Cheesesteak Throwdown is a Month Long Tournament to Crown the Best Cheesesteak!
Get Ready For Philly’s Biggest Game Night With Retro Board Games, VR and a Live Game Show!