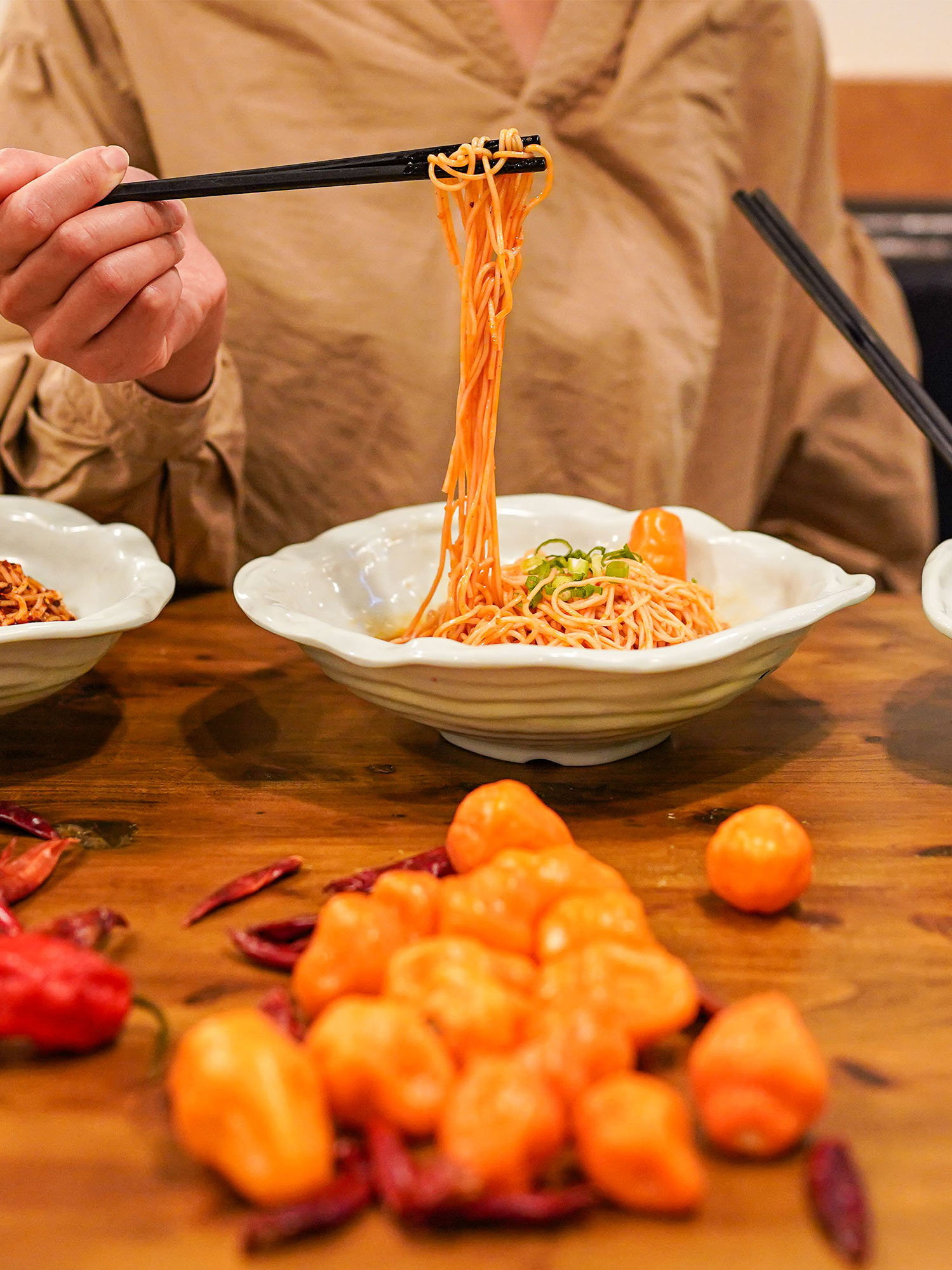 Dan Tsao, the owner of EMei Restaurant, located at 915 Arch Street in Philadelphia’s Chinatown neighborhood, has called his restaurant “the spiciest authentic Sichuan cuisine” in the region. During the last decade, EMei has earned a loyal following, with customers coming into town to try the spiciest dishes on the menu, as Tsao pointed out that he often sees customers debating with each other on who can eat the spiciest dish. These discussions often turn into friendly competitions, so Tsao decided to launch the official “Spicy Noodle Challenge,” which will begin on Wednesday, October 6th — National Noodle Day.

The challenge works like this: Contestants select one of three levels of heat offered by EMei. After a guest completes that level, they will be encouraged to go to the next. Noodles will be served with a container of spicy sauce for the customer to mix in. The three spice levels, designated as green, yellow and red to match the peppers in the sauces, are equivalent to a 3, 7 and 9 respectively, on a scale of 1-10. Dishes cost $8 apiece, 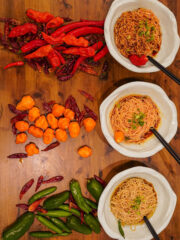 but anyone who completes the hottest level will receive that dish at no cost, and will be invited to a Chinese New Year annual spice contest featuring exclusively spicy dishes as a guest of EMei. The bravest contestants are welcome to start with the hottest dish, which Tsao says is “highly discouraged.” The sauces will be made by Sichuan master Chef Zhao using his own recipe from his 40 years of Sichuan cooking, utilizing a variety of peppers, including Sichuan red pepper, the tongue-numbing peppercorn, bird’s eye chili, habanero, ghost pepper, and more.

“Authentic Sichuan food can be intense — much spicier than most people here are used to — and we think we found a really fun way for our guests to test their own spice limits,” said Tsao. “We can’t wait to see how people react to the tingling sensation they’ll feel from the two spiciest bowls of noodles. Most people will sweat, and some may even scream in pain as they inevitably try to attempt more than they can handle. But overall, we just want to have some fun while showcasing authentic Sichuan spice.”

Everyone who completes the hottest level, which contains some of the hottest peppers on the Scoville Scale, will also receive a digital badge to showcase their achievement on social media. Guests attempting the hottest level will have to sign a waiver, and gloves will be made available if any customers request them before eating.

EMei Restaurant has been serving genuine Sichuan cuisine and flavors in Chinatown since opening in 2011. The restaurant is open seven days a week for lunch and dinner.