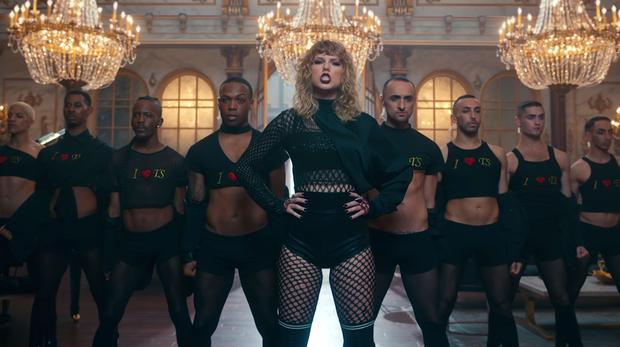 Culture is everything to me. It keeps my teeth white and and the calves of my jeans tight. Alright so that last part may sound a tad bit weird but that’s just how I get down. Over the past few years, I’ve taken notice to a harrowing trend in Hip-Hop and the deeper that I dug into it, the more insidious it became. You see, with Hip-Hop, there’s a select few that tends to hover around to “borrow” from the culture and instead of paying anything back to the source of their success, they rather jack it for all it’s worth until their needs are met. From pop stars to Entertainment Television reality stars, Culture Vultures take many forms. Black Culture as a whole has been attacked by these kinds of leeches for a while but does it matter? It matters to me but what about the rest of those that profess to love the art form that created jobs and made millionaires out of many people of color? It’s hard to say and honestly, it’s a bit disparaging to see some of my favorite artists connecting with those that could give a damn about our side of the tracks. But I guess, in this era, ears are opened wide when money talks.

They, meaning Corporate America, didn’t give a Jean Claude Van damn about the ghetto kids until they could make a buck at their expense. Blacks and Latinos created something masterful in the burned down sections of the South Bronx in the 1970s and it became an ever growing empire that seems to focus more on business than the art. Everybody is a paper chaser but when money becomes the focal point, you become susceptible of dealing with individuals that will try and take advantage under the guise of status. How many times have you heard of artists share horror stories of janky promoters, shady managers, and record labels that never EVER acted in the best interest of the artists? Like Q-Tip stated on “Check The Rhyme” from A Tribe Called Quest’s Low End Theory: “Industry rule number four-thousand-and-eighty. Record company people are shady!”

Who remembers when Miley Cyrus went through her little wild phase a couple years ago? Yes that very wild phase that included the Hip-Hop influenced album Bangerz. Oh you need more to refresh your memory? How about how the world became so fascinated with her “twerk” (looked like the purest of struggles) videos and fronted like she was on the cusp of all that was dope. She tried her very best to appear like she was a down with the crown but once she got all that she could out of the culture, she went back to her world but not before saying that she had “outgrown” the genre due to the promotion of materialism and hyper sexuality yet those were the same things used to fueled her image and music when she aligned herself with producers such as Mike Will Made It. If you see Miley now, it’s as if she’s never seen a twerk video or rapped bullshit bars on Mike Will’s “23”. Black Culture is a costume for many but “we” tend to allow it whenever a check is waved in our faces. The Kardashians?! That family gets a lot of it’s relevance in pop culture from their connections and relationships with rappers and athletes. Kylie Jenner has did her BEST to try to look like a woman of color and we all know she’s fronting but she still gets a pass for some reason.

I can’t call it these days. One day we are adamantly against the vultures coming into our world as they tried to take and remake what we’ve broken our backs for but then we’d act as if it wasn’t a huge deal. My beef with culture vultures is that you can’t abuse the art form just to suit your selfish needs without truly understanding the struggle that came along with it. As much as I love Katy Perry (has nothing to do with the music) it was cringeworthy seeing her on stage dancing with the Migos during her performance on an episode of SNL. She like others often try too hard to appear cool for the sake of being cool and it fails every time. Some have tried to accuse Eminem of that but it’s different when you’re raised in an environment around a group of people that are your direct influence and connection to a world that’s very different from yours. Em truly represents the Hip-Hop and has continued to honor those that came before him and I can guarantee you that his knowledge of rap can rival even the most devout rappity rap disciple.

When I see Taylor Swift doing her best Beyonce imitation with her newest video for that lackluster single, I already know what time it is. Taylor has been mayonnaise on the set for a while (lacking flavor) and all of sudden she’s got this bad ass image which I know is only being pushed for the marketing of her upcoming project. When in doubt, flip to black culture for the boost. When it comes to the game, I have to quote Bill Withers, “You just keep on using me ,until you use me up.”

The Red Bull Sound Select is Coming to Philly With 3 Days of Awesome Live Music!
N.O.R.E. x Pharrell “Uno Mas”
To Top
Get the Coolest Philly Events & News Emailed to you Every Week!