Eating Pizza and Running a Race is Now a Reality With the Pizza Mile Run! - Wooder Ice 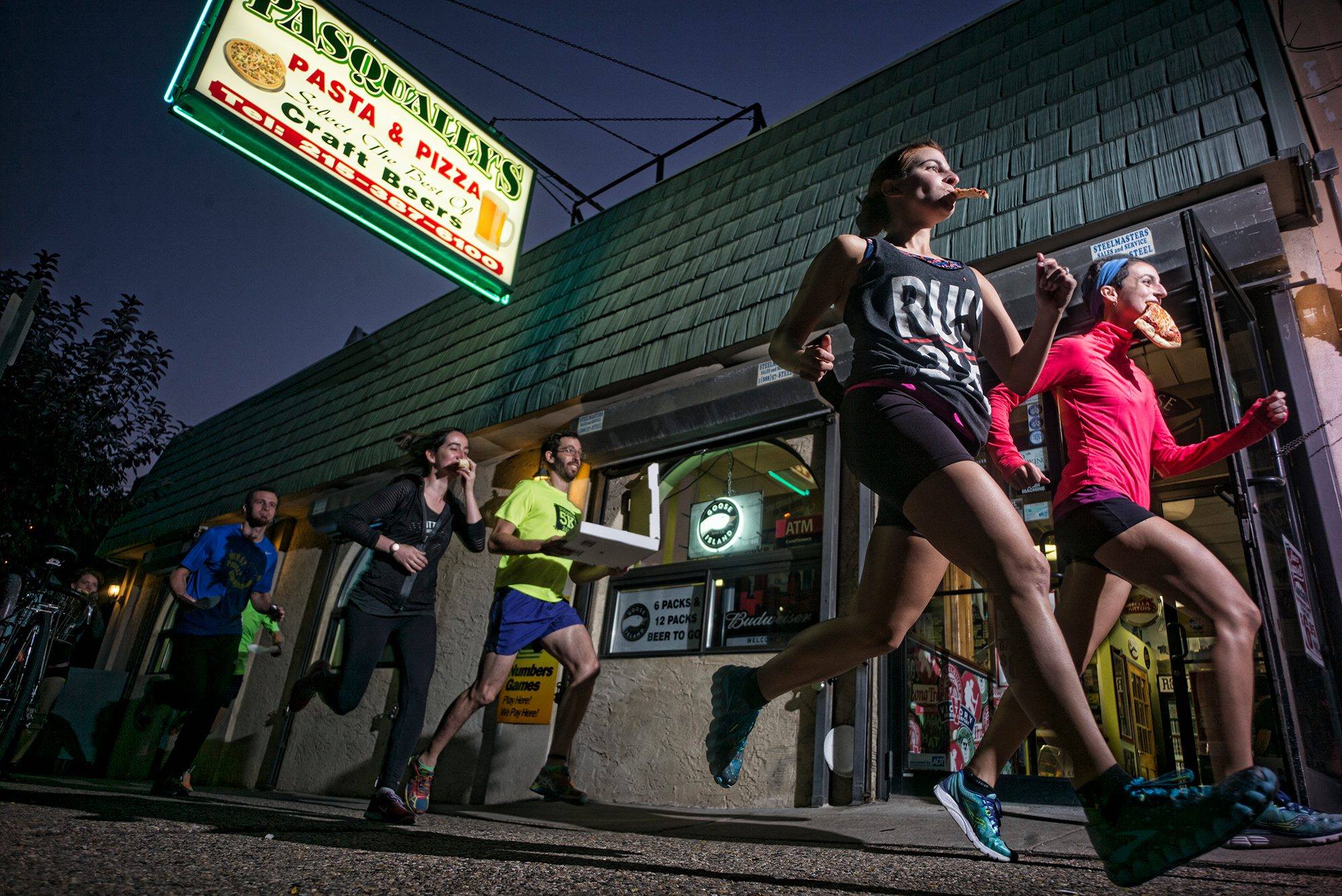 Eating Pizza and Running a Race is Now a Reality With the Pizza Mile Run!

Eating Pizza and Running a Race is Now a Reality With the Pizza Mile Run!

Who hasn’t seen the memes regarding the challenge of working out due to the love of pizza.  It seems as though you can’t have one without the other.  Well that is until now.  The 2nd Annual Pizza Mile Run is taking place November 14th from 7-10 pm at Pasqually’s Pizza, Beer & Wine (200 S. 43rd St.).

The unorthodox marriage of pizza and running came about after a burglary took place at Pasqually’s last year.  In a example of brotherly love, the local community got together and organized the Pizza Mile Run.  So how does it work? Well, starting at Pasqually’s, participants will eat a slice of pizza and run a lap around the block for a total of three laps (which is pretty darn close to a mile) and three slices of pizza. You can participate with a team, walk, run, or crawl. It’s all for fun and continues to benefit Pasqually’s who are straight up awesome people.

There will be first place awards for the both the men and women runners. In contrast to large scale marathons where it can cost a pretty penny to participate, the organizers of the Pizza Mile Run are asking folks to cover cost of the pizza, which should be around $5.

So not only are you enjoying pizza and working out, you’ll be doing so for a great cause.  See, you can have your pizza and eat it too!

The Word Jawn May Soon Be In The Merriam-Webster Dictionary!
Francisville Steps Up Their Food Scene With the All-New Gin & Pop!