Eagles Might Be Going Back to Kelly Green, Are you Onboard? - Wooder Ice 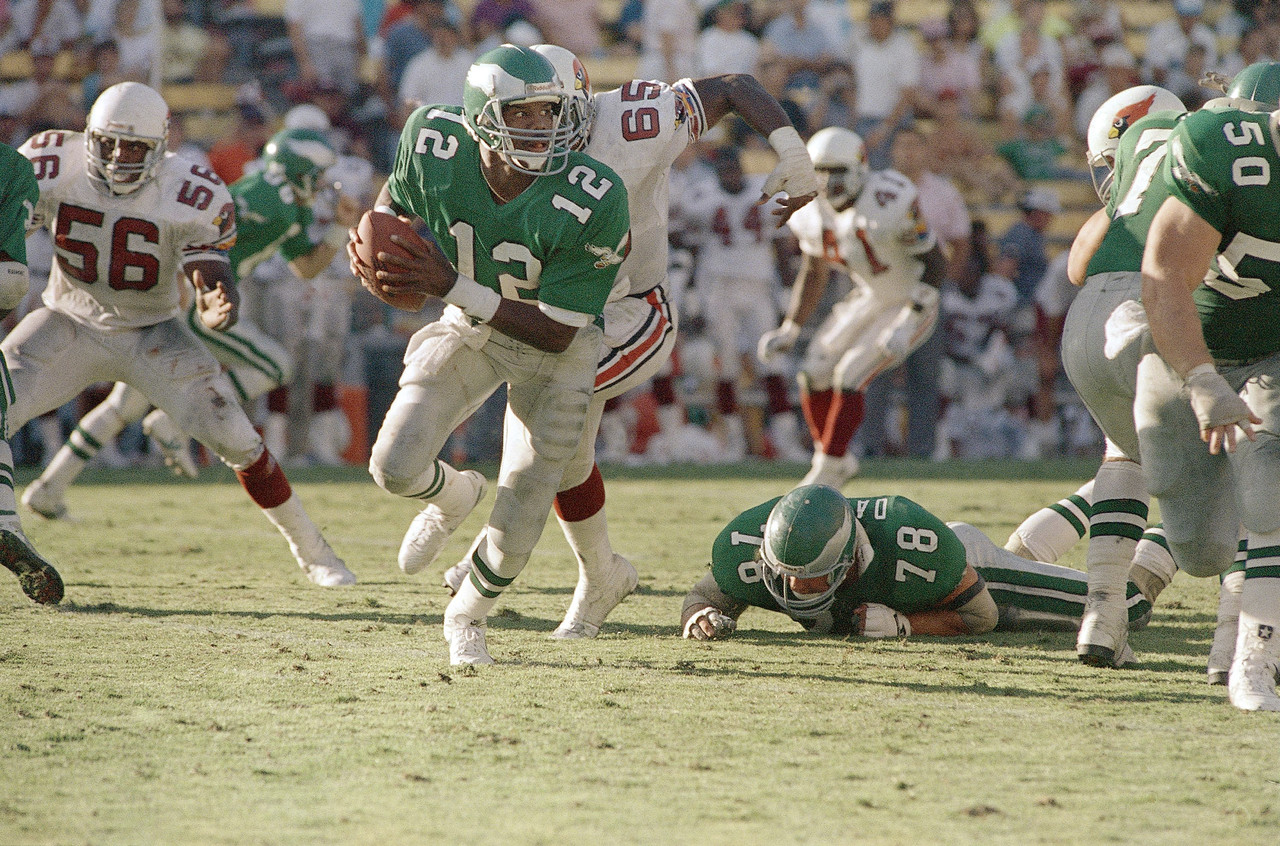 For the last 20 years Eagles players have been sporting the midnight green when they take the field.  However, If you’re an 80’s baby (or earlier) like myself you fondly remember watching the likes of Cunningham, Reggie White, Ron Jaworski, and a host of others running around the field in kelly green uniforms.  Although, there are have been recent games where Eagles have sported the kelly green unis in throwback games, it has just been a tease.

The Eagles front office obviously have figured out that the majority of Eagle fans favor the nostalgic kelly green uniforms over the midnight green. It just harpens a time of the Vet days and Eagle greats, and they just plain look better.

In a recent interview on the WIP Morning Show, Team president Don Smolenski stated that the team is trying to make the switch but the NFL is being a prick about it, ““We have talked about it and there are some rules with the NFL that provides some restrictions that we’re trying to work through, but that’s going to take some time. It’s there, and it’s something that we do talk about, but until some things change at the NFL level it’s going to provide restrictions for us. It is being talked about it, yes.”

We would have to guess that it’s obviously a money issue, possibly having to recall, and restock jerseys and paraphernalia as well as printed promotional pieces.  Either or it would be awesome to see them make the switch.  Even if the NFL does allow the Eagles to change their uniforms the earliest you’ll see it would be 2016. Either or it will be interesting to see how this all turns out.

10 Things That Annoy Bartenders
Amazon Announces Same Day Delivery for Philly
To Top
Get the Coolest Philly Events & News Emailed to you Every Week!