Down North Pizza is Serving Unique Pizzas With a Great Movement! - Wooder Ice 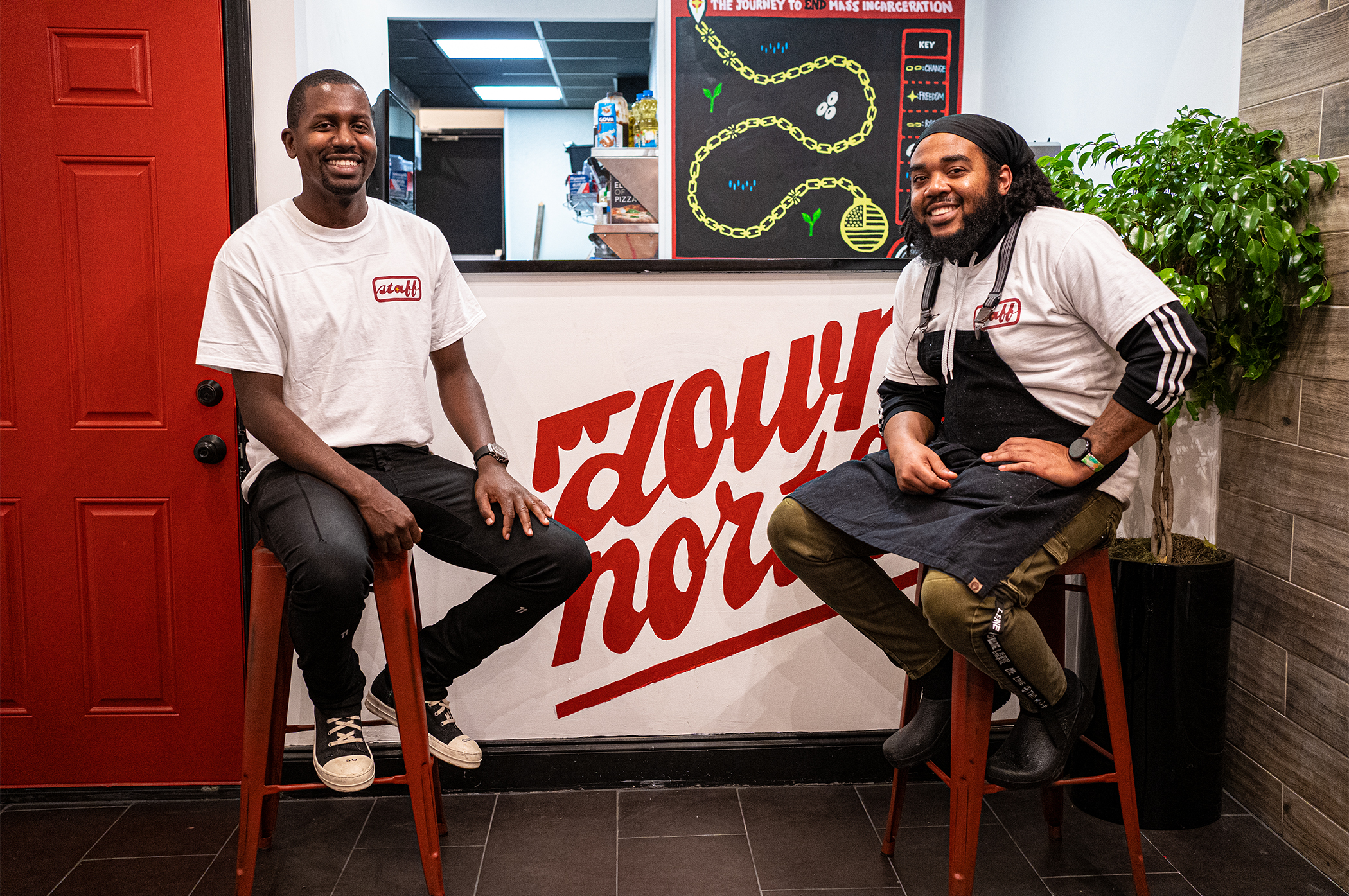 Down North Pizza is Serving Unique Pizzas With a Great Movement!

Down North Pizza is Serving Unique Pizzas With a Great Movement!

When it comes to great pizza, Philly more than holds its own. Here you’ll find many outstanding places but there are a few that tend to really stand out. Case in point is the new pizza pop-up shop, Down North Pizza (2804 W. Lehigh Ave.) where they’re serving up “fluffy, crispy, delicious” Detroit style pies in the heart of Strawberry Mansion.

Founder Muhammad Hadi was not only looking to serve great pizza but set a great example. Down North Pizza exclusively hires formally incarcerated individuals. In some instances even offers housing while they work and get back on their feet. Hadi feels that these folks are the forgotten about people in society. “I think it’s important to have the respect from the community you serve.”

Executive Chef Michael Carter agrees. Having been incarcerated over 12 years himself, he understands first hand how crucial businesses like Down North are to the community. “Many times people are released from prison with experience in the kitchen but they’re intimated by the kittens in places like Center City.” They don’t have to be according to Chef Carter. “We aren’t our worst mistakes,” explained Carter. However, he lets his skills do the talking and break down the misconceptions and societal barriers. Obviously the movement is commendable but it’s also backed by amazing product as well.

Each pizza pays homage to a hiphop or R&B Philly anthem from the “I’m a Boss” to “Flipside” to “PSK” Hadi wants to make sure the Down North stays grounded in its roots. With some major collaborations on the way with other well known Philly chefs and entrepreneurs, Hadi and his crew understand it’s more than just getting your slice of the pie, it’s about building the table on which it’s served.

Currently Down North operates as a pop-up shop on the weekends and all orders can be placed online.