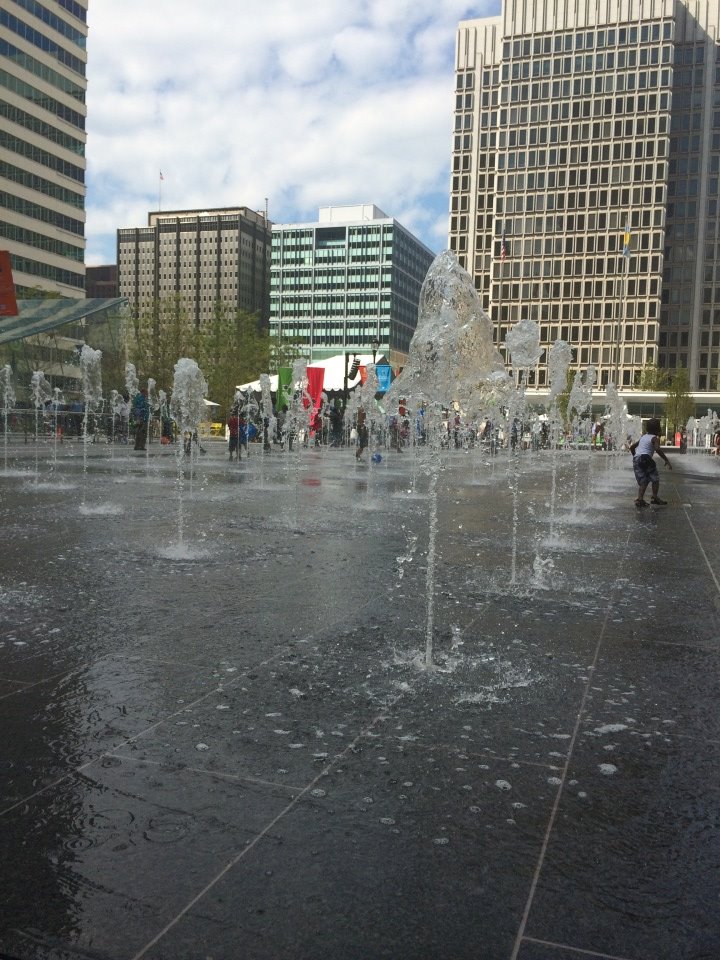 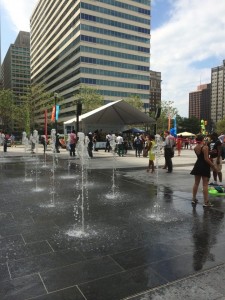 The $55 million dollar Dilworth Park was finally opened to the public, well at least most of it.  A third of the park is still undergoing construction but the majority of it was opened Thursday morning.  A project that is 7 years in the making, Dilworth Park features synchronized water sprouts, a cafe, plenty of benches to relax, as well as an ice skating rink set to be completed by November.

Although there is a debate regarding the city spending money on the park rather than the failing school system, the park for what it’s worth does add aesthetic value to the dated Center City district.  Looking to give the city a better image including it’s transit system, Dilworth Park is a spark to give Philadelphia’s Center City a world class feel.  Mayor Nutter who spoke at the opening ceremony stated, “[Dilworth Park] is one of the most exciting projects the city has seen in the last fifty years.” 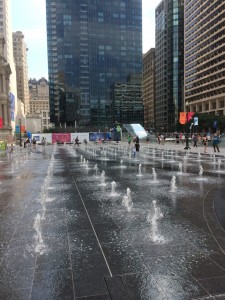 The SEPTA station below the park was also updated and boasts new underground walkways, elevators, and turnstiles that will accept future SEPTA smart cards, all of which were part of a $12.5 makeover. This is a small drop in the bucket for SEPTA’s eventual $100 overhaul for both the Center City station and 15th St. Station.

For now Dilworth Park although not 100% complete, will serve as a prelude to what’s to come in Philly.  Visitors now have a clean, open, and airy space to relax and congregate.  As for the cafe located at the park, it is an extension of Jose Garces “Rosa Blanco Cafe” and serves many of the tasty menu options the main restaurant offers.