Could Villanova's Jay Wright Be the Next Sixers Coach? Many Sports Blogs Believe So! - Wooder Ice 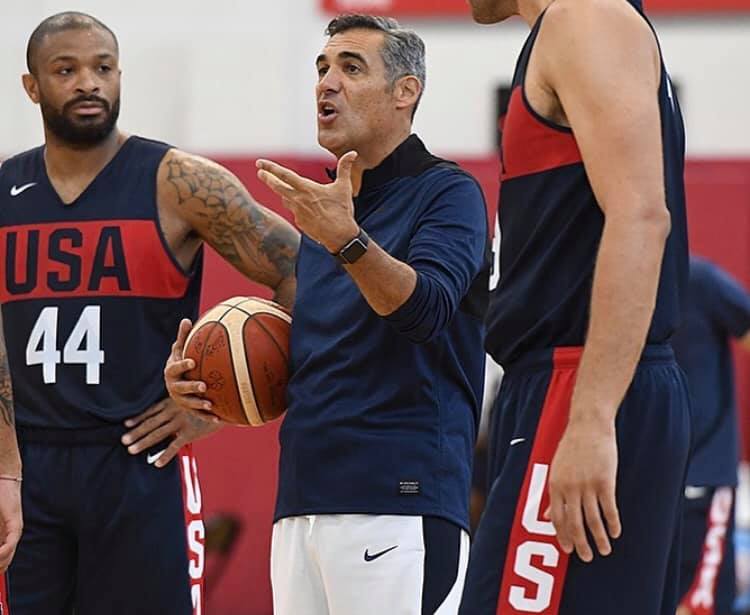 Could Villanova’s Jay Wright Be the Next Sixers Coach? Many Sports Blogs Believe So!

Could Villanova’s Jay Wright Be the Next Sixers Coach? Many Sports Blogs Believe So!

After an embarrassing first round sweep by the Celtics, the Sixers fired coach Brett Brown. It didn’t come as a surprise since fans were calling for his head before the Celtics matchup even begun.   So the question is now, who will replace Brown?  Among the names being thrown around by many sports blogs and pundits is Villanova head coach Jay Wright.

I know what you’re thinking, why would Jay leave such a sweet gig to come coach the Sixers?  Well, the Philly area native has built quite the resume and would be more than equipped to handle the gig.

Wright who has won two national championships (20016, 2018) has the championship pedigree the Sixers need.  Also having won the Naismith Coach of the Year Award twice (2006, 2016) he’s a players coach that knows how to motivate his squad.  Crossing Broad, CBS Philly and The Athletic are among the many local media outlets that have thrown Wrights name in the ring.

However, after 19 seasons is Jay Wright really going to walk away from the program? Crossing Broad weighed in on the possibility by stating, “But he’d be crazy to leave Nova for the 76ers, wouldn’t he? He’d be walking into a situation where you are pretty much capped out, stuck with four more years of Tobias Harris and three more years of Al Horford, with a front office structure that should make any coach wary. The only thing the Elton Brand + Bryan Colangelo leftovers accomplished was blowing through assets in a failed title run (2018-2019) before saddling the team with bad contracts for the future (2019-2020). Now a team that had a lot of prior flexibility has little to nothing in the wiggle room department.”

Aside from Jay Wright it wouldn’t be farfetched to see other major changes including in the front office.  This Off-season will be very interesting to say the least.