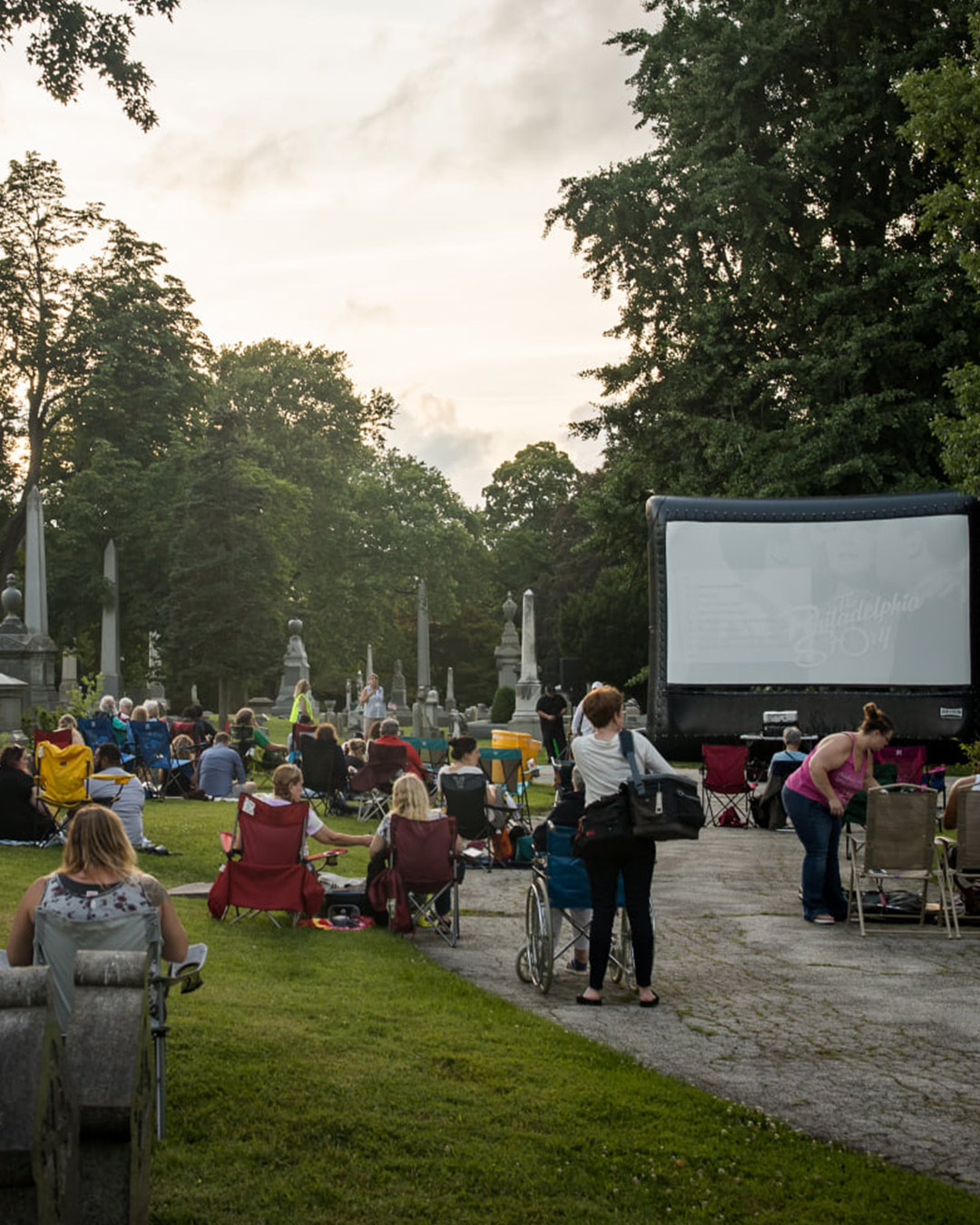 For the non-squeamish out there looking for a very unique date night or perhaps night out with some friends, Laurel Hill Cemetery and West Laurel Hill’s Cinema in the Cemetery is back.

As the sun sets over the historic tombs, the grainy joys of the film experience will be brought to life during the Friends of Laurel Hill & West Laurel Hill Cemeteries’ annual Cinema in the Cemetery series.  That’s right, bring your own chair, snack and bevs and enjoy movies next to some of the most historic resting places in Philly. During and after the American Civil War, Laurel Hill became the final resting place of hundreds of military figures, including 40 Civil War-era generals. Later it became the final resting place for many prominent local figures as well.

The first Cinema in the Cemetery takes place at Laurel Hill Cemetery (entrance on the corner of Ridge Avenue and W. Huntingdon Street) Friday June 17th at 8:30 pm with the screening of “Glory.”  This screening is part Laurel Hill’s 2022 Juneteenth programming, which is free to the public. The Juneteenth programming also includes To Set Them Free: An Abolitionist Walking Tour of Laurel Hill on June 19th and a virtual panel presentation titled Glory, the United States Colored Troops, and Laurel Hill: Remembering the Past on June 21st.

The next Cinema in the Cemetery takes place at West Laurel Hill (340 Belmont Avenue Bala Cynwyd, PA) on Friday July 15th with “The Sandlot” at 8:30 pm.  Based on Laurel Hill’s  many baseball connections  at both cemeteries including Harry Wright, the Father of modern baseball and Harry Kalas, beloved announcer for the Phillies, it was only fitting that July’s feature film will be The Sandlot directed by David Mickey Evans and presented in conjunction with the Philadelphia Film Society.

Continue Reading
You may also like...
Related Topics:cinema in the cemetery, laurel hill cemetery, philly outdoor movies, things to do in phily, Top Page Posts

Arch Street Meeting House is Hosting an Outdoor Movie Night Featuring Independence Day
The Barnes Foundation’s “Barnes on the Block” is Back With Food Trucks, Entertainment, a Beer Garden and Plenty of Art