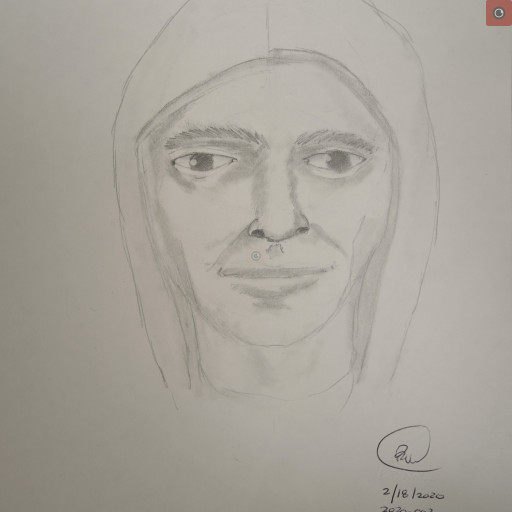 A man broke into a home in Chester County and was carrying a knife. The incident took place around 2:30 pm in Westtown Township.  The homeowner was home at the time and confronted the intruder then locked themselves in a bathroom without being injured.

This is a serious matter but in an effort to catch the criminal the Westtown Township police aren’t helping matters with their police sketch.  Usually perp sketches are realistic in nature and often times detailed.  Not in this case.  It looks like Westtown Township Police are on the look out for a Steve Buscemi look-alike.  Maybe it’s budget cuts or the sketch artist just had an off-night. Either way we wish them luck on catching the suspect.

Philly Jesus Gets Arrested and Forgives the Officer For Trespassing Against Him!
Oh Fuhgeddaboudit! Wawa is Testing Out Pasta as a New Menu Item!