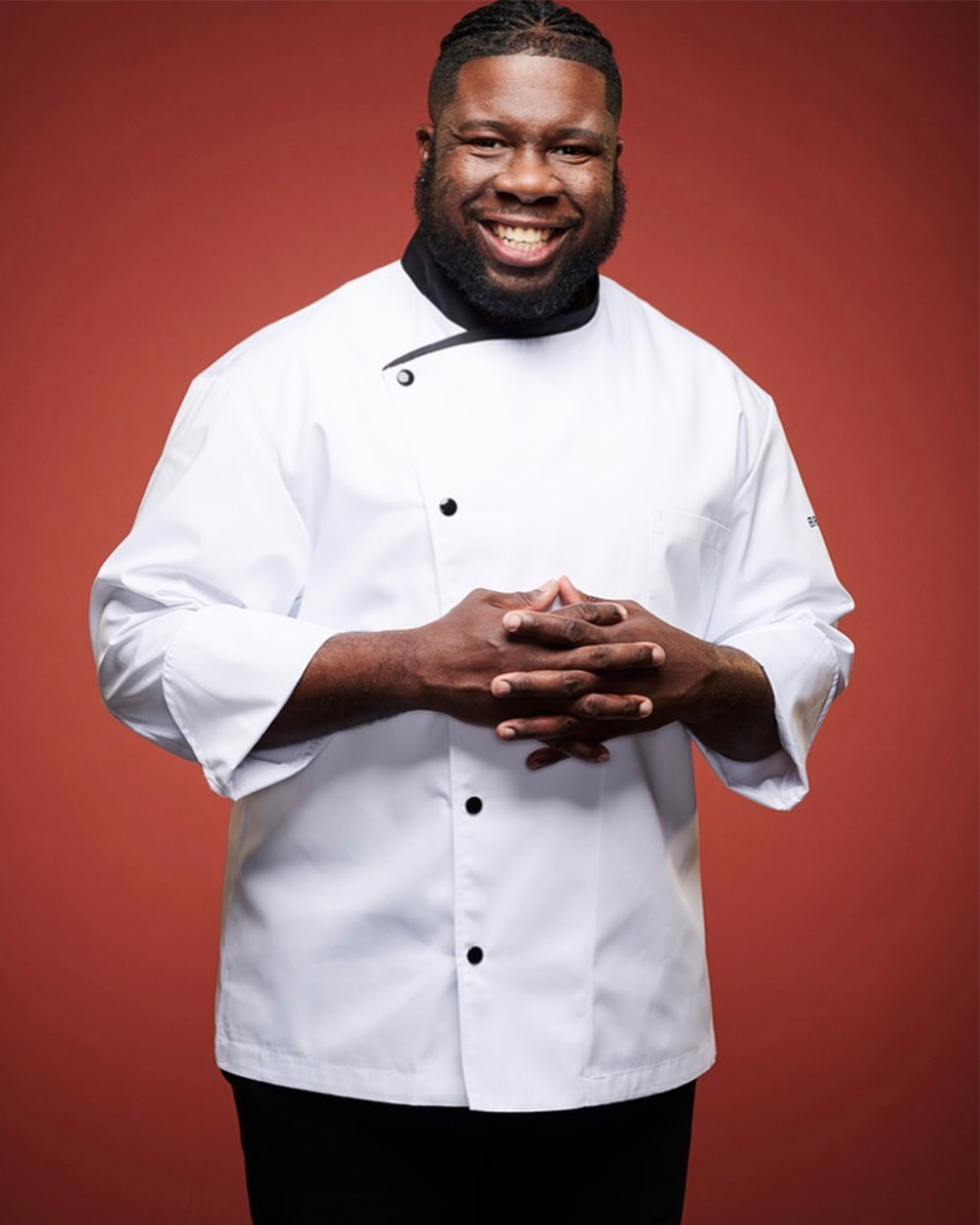 Philly has definitely etched a space in the culinary world as a destination city for amazing food.  In fact our local chefs are no stranger to food shows and competitions especially Hell’s Kitchen. Celebrity chef Kenneth J, McDuffie will be the latest local chef looking to impress Gordon Ramsay this coming season and will be the first openly gay black contestant on Hell’sKitchen. 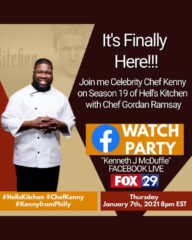 Season 19 of Hell’s Kitchen premieres January 7th at 8 pm and to celebrate Chef Kenny will be hosting a watch party on his Facebook live.  Chef Kenny’s culinary career began with the inspiration of his late grandmother.  This self-taught chef eventually went on to make a name for himself in the celebrity circuit with clients such as  Patti LaBelle, Jennifer Lewis, Claudia Jordan, Jackie Christie and Vivica A. Fox just to name a few. Now Chef Kenny will be in everyones home across the globe.

Chef Kenny’s ultimate goal however is to own his own restaurant and food truck.  We have to admit it looks like he’s well on his way. You can catch Chef Kenny and cheer him on Thursday nights at 8 pm on FOX29.