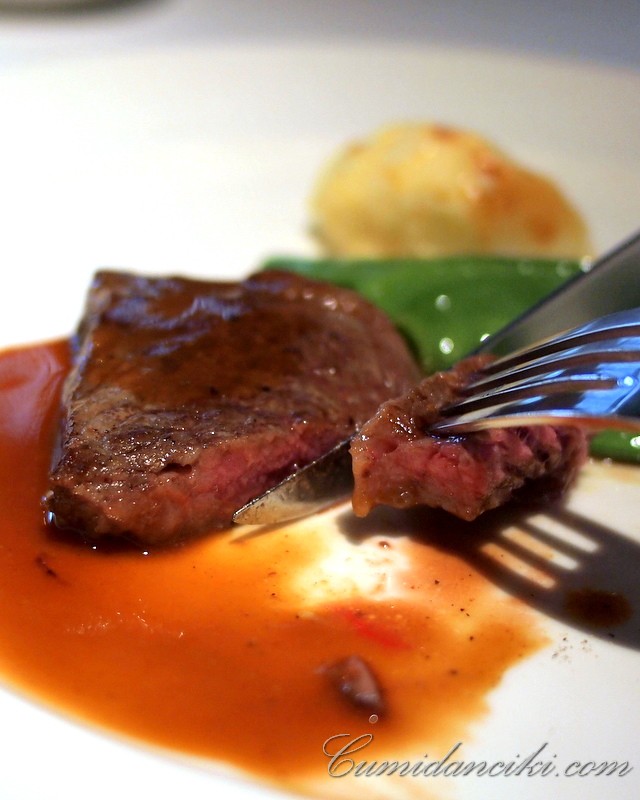 Considered the bible of the foodie world, Zagat’s ratings can make or break an establishment.  Today Zagat released their annual top 50 list of the best restaurants and the results are very interesting.  As you will see from the chart below the vegetarian eatery Vedge takes top honors followed by Vernick, Morimoto, Bibou, and Zahav to round out the top 5.

Aside from ranking top tier restaurants, Zagat also released other interesting results.  For the coveted honor of having the best cheesesteaks, Dalessandro’s was named the winner. In addition, Zagat rated the top spots to get a meal under $25.  The results were:

Some other interesting statistics include the fact that Philadelphians spend an average of $37  on dinner and dine out 3.7 times a week.  Philadelphians are apparently generous as well, leaving an average of 19.8% tip on each meal.  As for  the top cuisine of choice, it looks like folks residing in the city of brotherly love prefer Italian cuisine the best (26%) followed by American (17%), French (9%), Seafood (9%), Steakhouses (7%), and Japanese (6%).

It also looks like Philly has a ton of tech savvy eaters. Zagat reports that 85% look at online menus before choosing a place to dine and 67% of restaurant patrons make their reservations online. 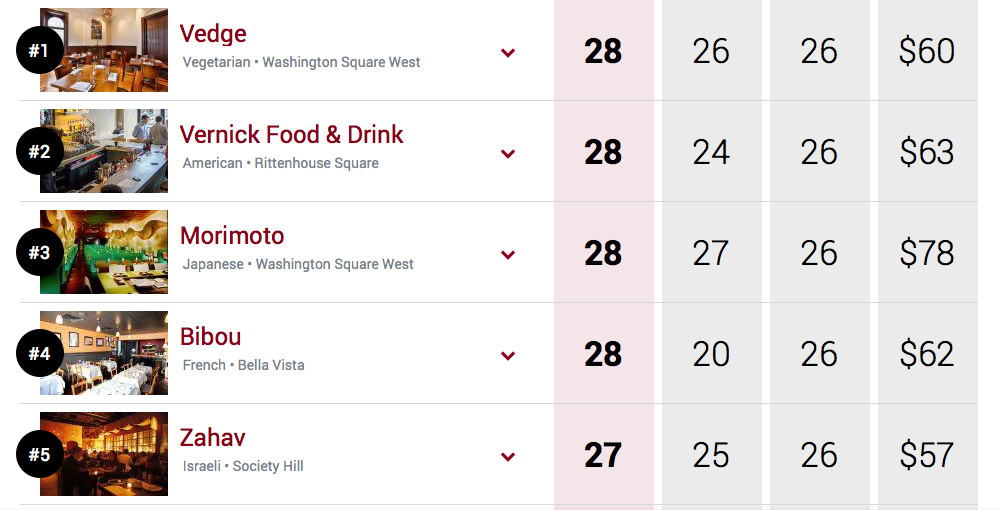 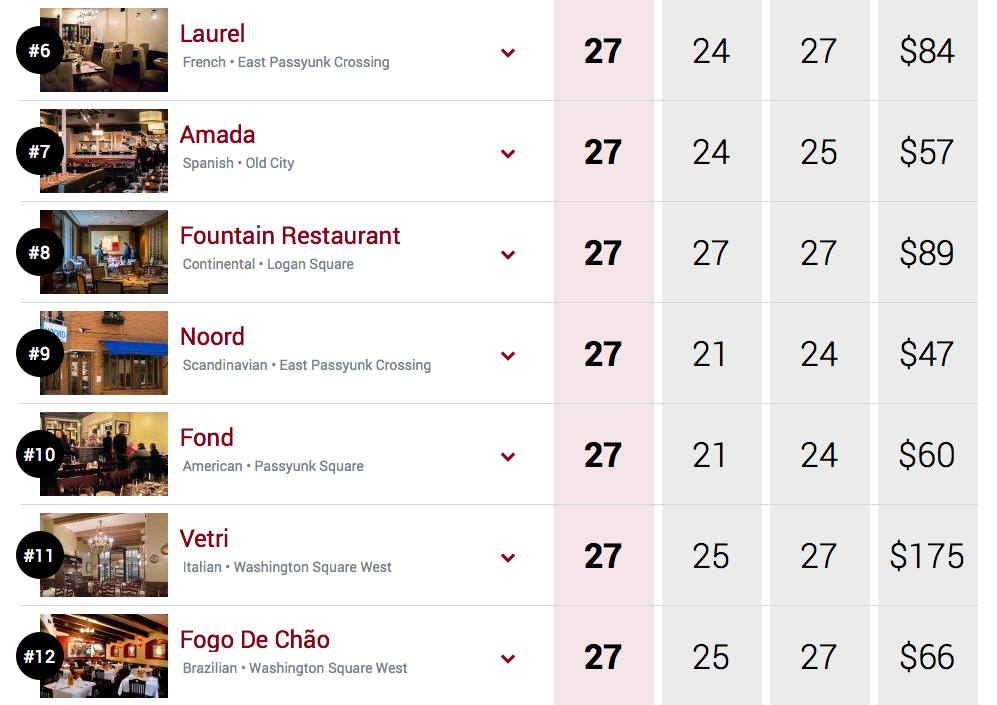 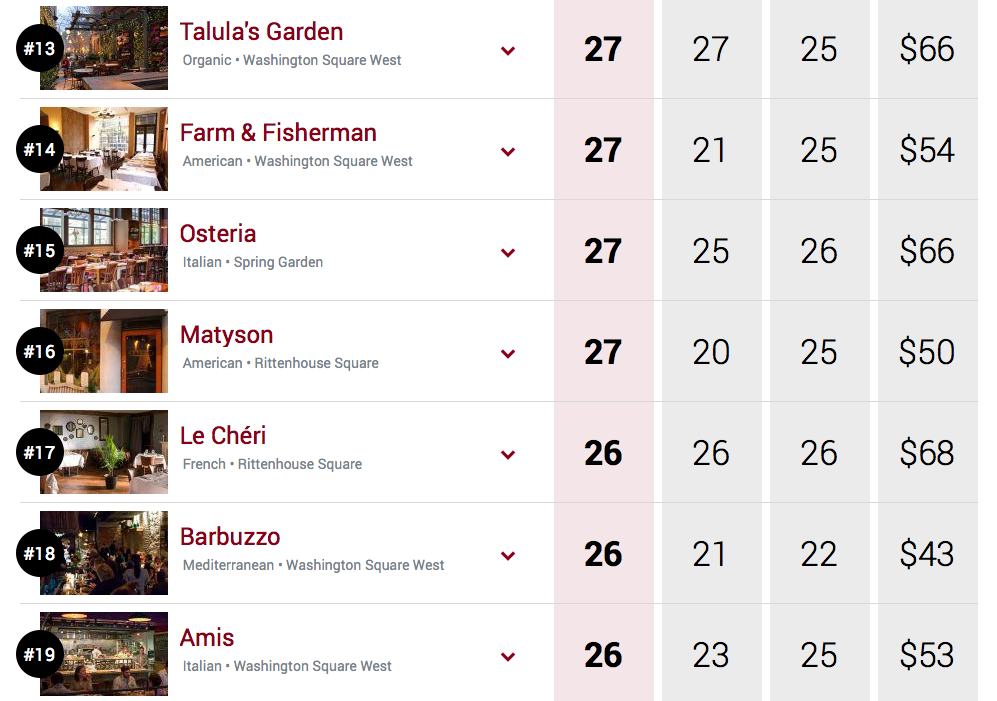 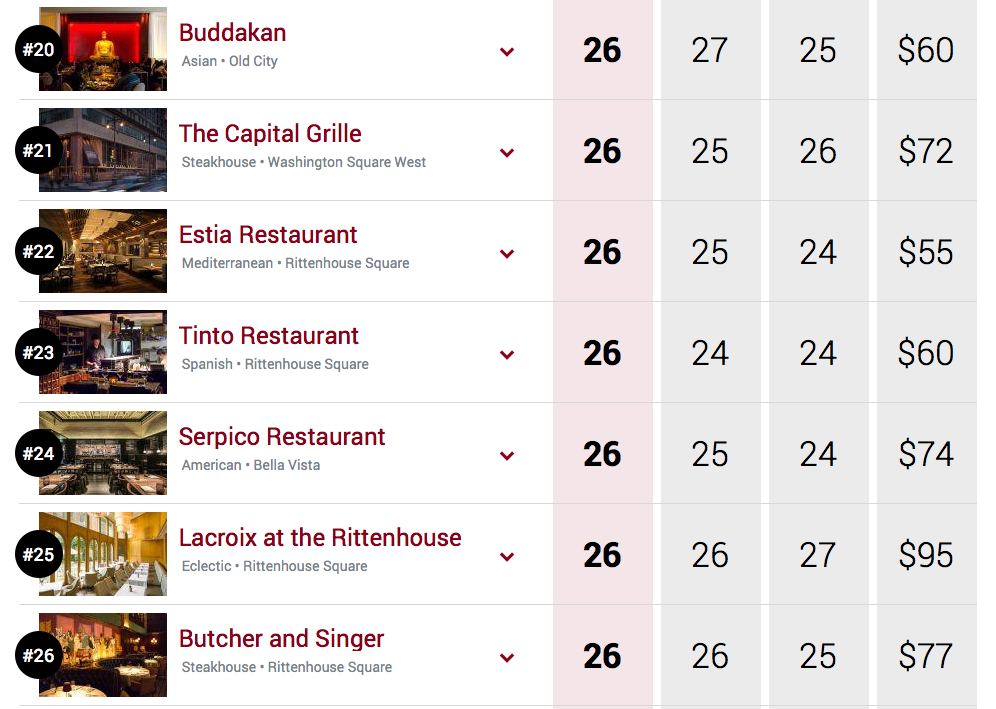 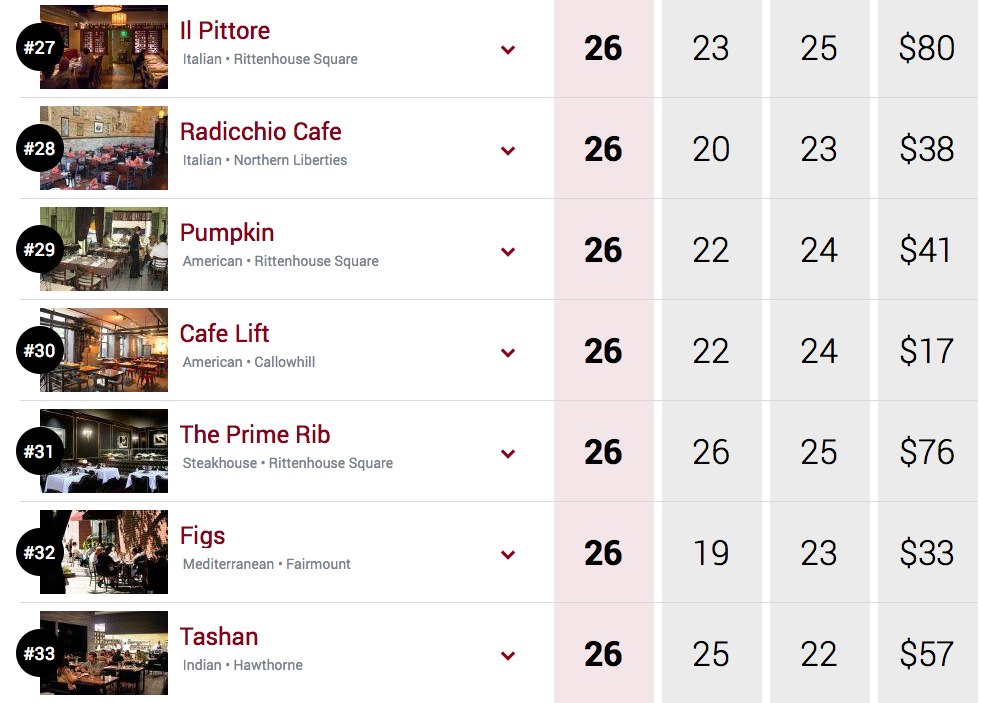 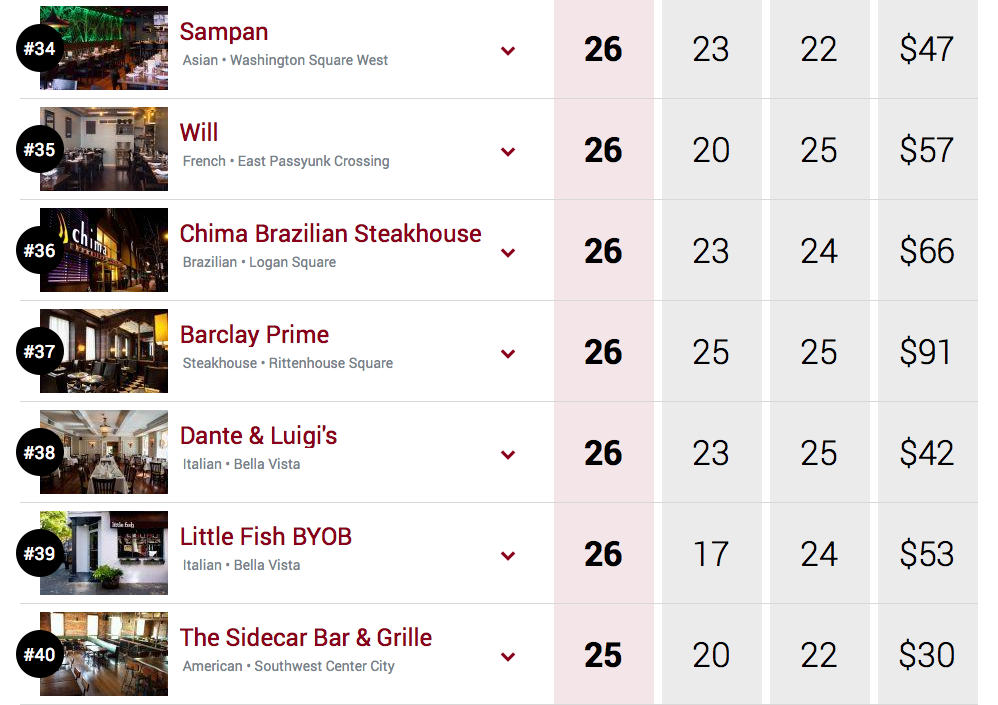 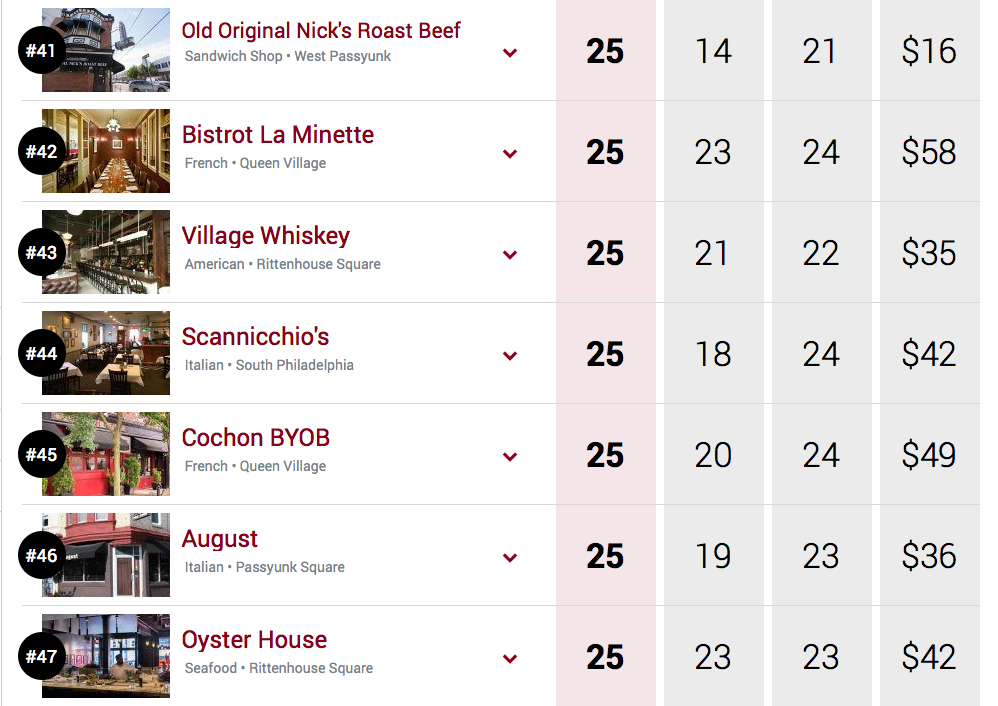