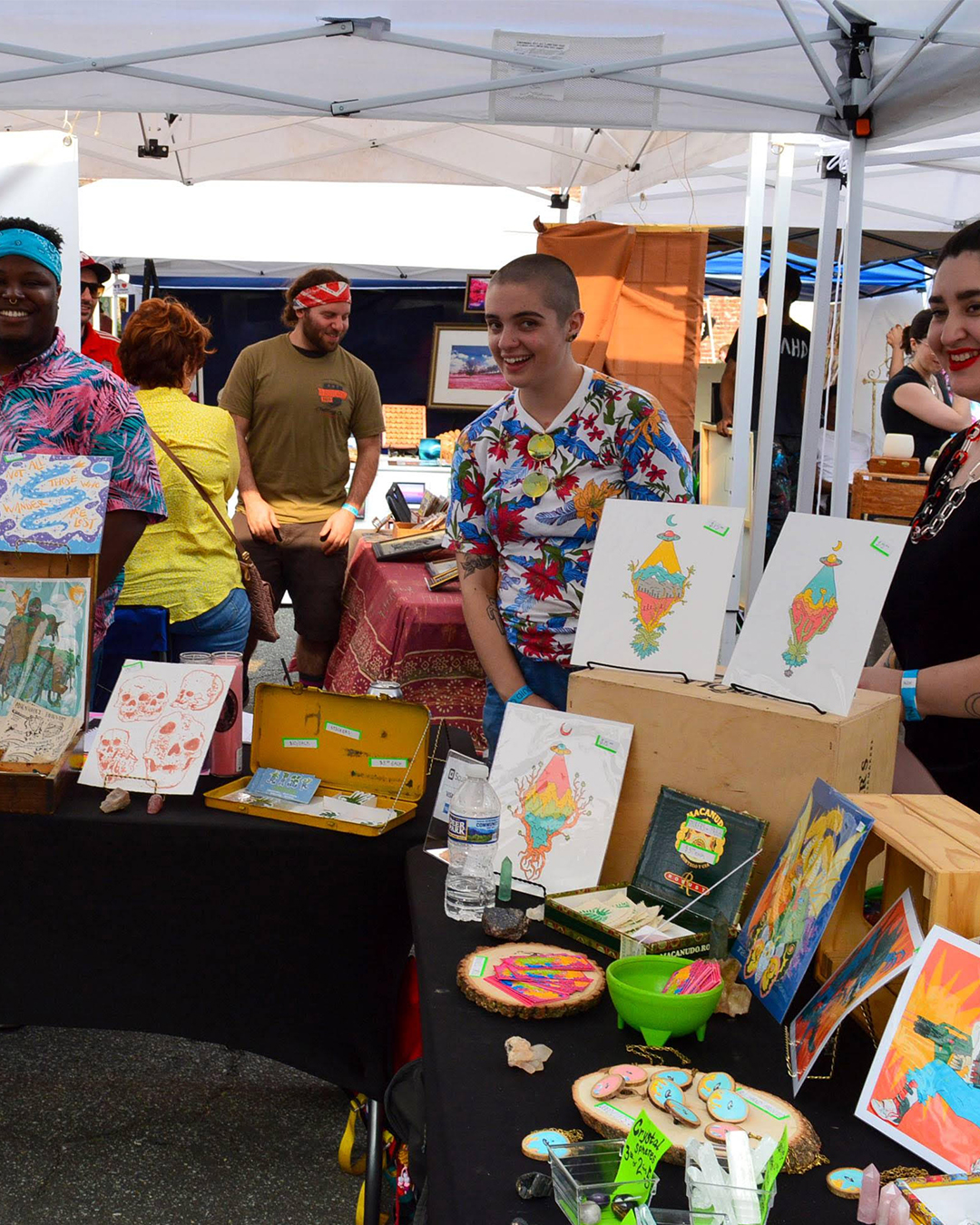 On Saturday, September 18th, everyone’s favorite local art festival where all art is under $200, Art for the Cash Poor, will return after a year hiatus. This year, it will be a four-block long street festival, running on N. American St. from Master Street to Berks Street. Most exciting is the addition of two new festival partners, InLiquid’s new North American Street neighbors: NextFab, and The Clay Studio who’s state of the art new home is under construction and scheduled for completion later this year.

Between artist members from InLiquid, NextFab, and The Clay Studio, Art for the Cash Poor will feature over 80 artists who will sell work from printmaking, ceramics, and paintings, to jewelry, sculpture, and photography, all under $200. Some of the artists confirmed include Root and Rocks by Kiya Nicole, JLManzella
Prints, Roberto Roque , Selah Jewelry Design, and Patrick Hay . Confirmed Clay Studio members include Ruth Easterbrook, Astral Projects, Hoop and Wheel, Mobile_Monkey, and Barnhouse Pots. Confirmed Next Fab members include Board and Easel, Fishtown Signs, and Yemisi_art.

The festival will debut the revitalization of North American Street and the robust arts corridor that is taking shape along the street. A host of family friendly activities will take place throughout the festival and a VIP hospitality tent will offer light refreshments for participating festival sponsors and media. Organizations who will be set up with their own booths include InLiquid, The Clay Studio, NextFab, Philadelphia Photo Arts Center,Second State Press, Pink Noise Projects, Monument Lab, Tiger Strikes Asteroid, and more. Popular local food and drink vendors will offer pay-as-you-go eats along the street.