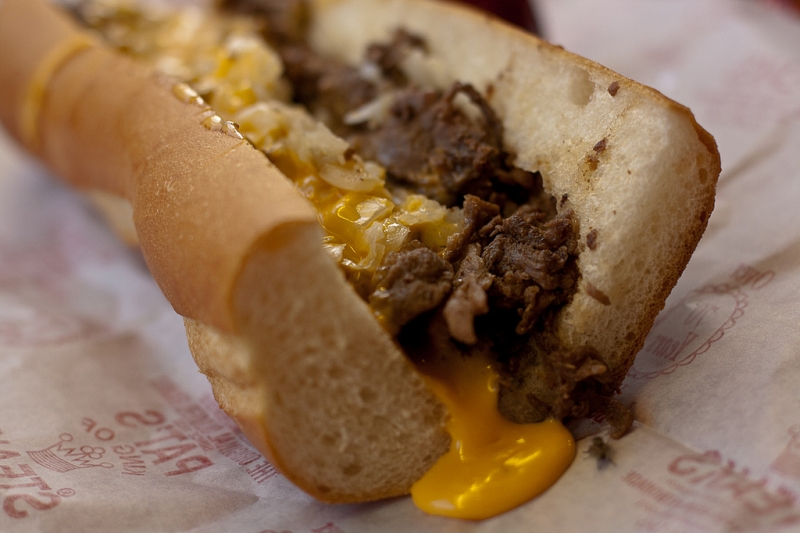 Finally a Festival that pulls together all of Philly’s Iconic Foods into one place! Philly’s Cheesesteak & Food Fest 2016 is set to take place October 15th, 2016 at Citizens Bank Park! In partnership with 97.5 The Fanatic, WMMR, WMGK, and BenFM. This will be the City’s Best Food Festival of the Year! Featuring 50+ of the area’s best Cheesesteaks, Hoagies, Roast Pork Sandwiches, etc…. Each ticket purchased will also come with TWO Philadelphia Phillies Tickets for the 2017 Season (April/May)! Brought to you by the team that produced Philly’s BBQ Fest 2016!  Here are 7 reasons why you gotta’ go to the 2016 Cheesesteak & Food Fest!

Last year it was all about the steak. Yes the festival will continue to put Philly’s holiest sandwich on a pedestal but visitors can expect more options to grub on.  In total expect 50+ vendors serving cheesesteaks, hoagies, roast pork sandwiches, pretzels and more!  So be shore to wear comfortable clothes because it will be a smorgasbord out there!

So this year organizers have gotten hip to the beer garden scene that has engulfed the city.  What better way to wash down a mouth watering steak than an ice cold beer?  They just go together.  Enjoy a designated beer garden and never have to worry about crowds bumping into you and spilling brew all over the place.  Just sit back, relax, sip and digest.

One thing that was missing for sure last year were games.  Besides when you think of festivals, usually carnival games come to mind.  Instead of aimlessly walking from vendor to vendor, burn some calories playing some games. Besides winning your date a prize will make her smile almost as much as getting her a macaroni cheesesteak.

Take a Selfie With the 2008 World Series Trophy!

If you’re the one friend in your circle that still hasn’t gotten a chance to see the Phillies’ 2008 championship trophy, now’s your chance. In-between binging on Philly’s best sandwiches, you can capture a perfect pic for the ‘Gram.  The Phillie Phanatic will also be on hand with his usual antics and for each ticket purchased you’ll receive a pair of free tickets to the a 2017 Phillies home game. Your friends that decided not to come out will definitely be hating on your timeline.

Learn How to Construct the Perfect Cheesesteak

Maybe you’re a novice chef and couldn’t put together a grilled cheese sandwich if your life depended on it.  If you’re culinary inept, no worries because some of the city’s most renowned cheeseteak makers will be on-hand to give live cooking demos to take your cheesesteak making skills from subpar to all-star!

It’s no secret that last year’s crowed was a little overwhelming.  This year, organizers are looking to create the best atmosphere possible, which means shorter lines.  The amount of people able to attend the 2016 Cheeseteak & Food Fest will be limited, so it may be a good idea to get your tix early before you’ll be on the outside looking in.

What food festival would be complete without a food eating competition?  Last year the cheesesteak competition was a hit and this year promises to be bigger and better.  Fair warning however, watching a food competition is not for the faint of heart. There will be food smacking action and tons of food debris flying everywhere!

Whiskey Bonanza Takes Over The Twisted Tail
Love Foreign Films? The Penn Museum is Having a Monthly Foreign Film Series!