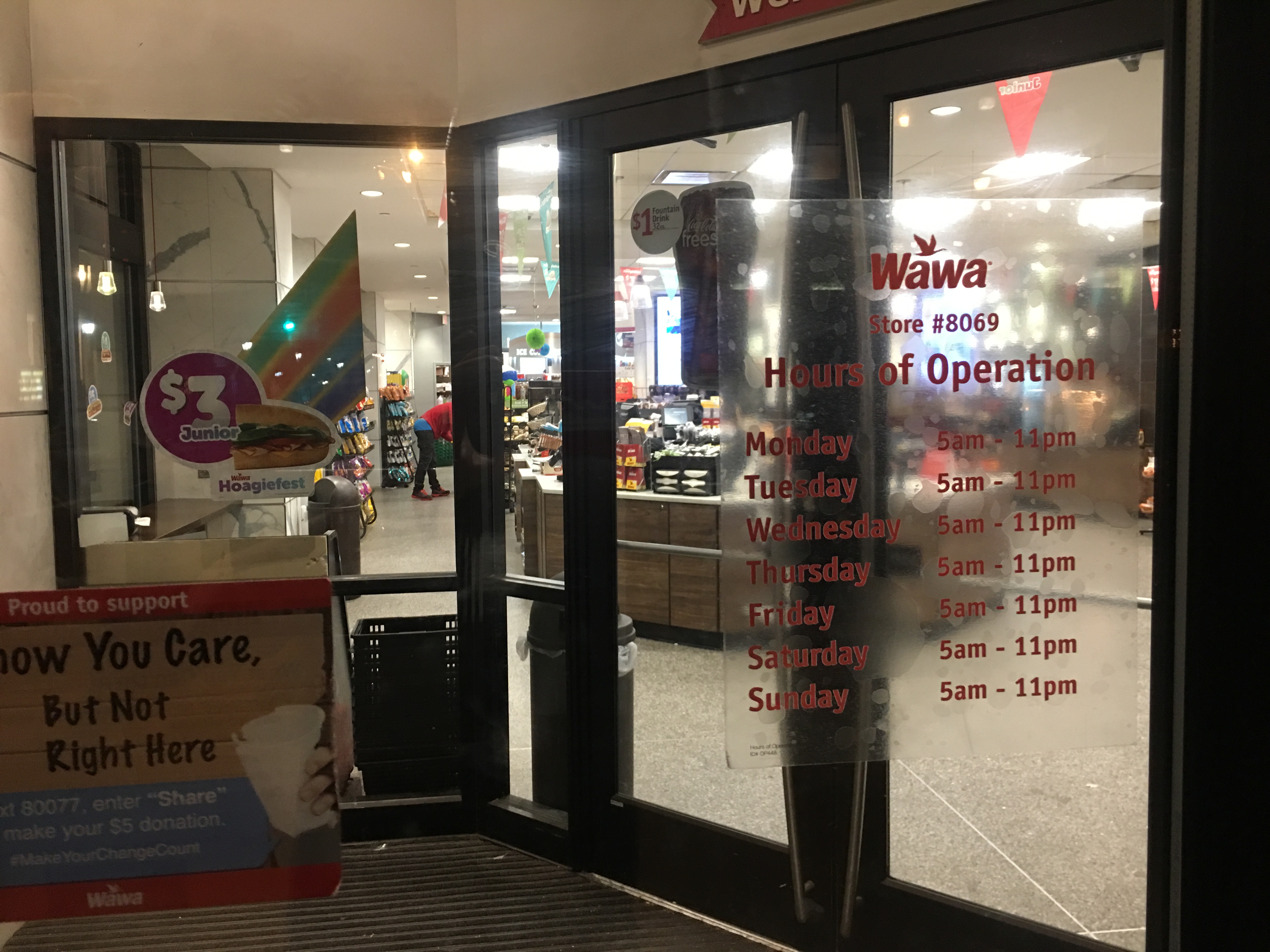 Oh Snap, Wawa on Broad and Walnut is No Longer Open 24 Hours!

Oh Snap, Wawa on Broad and Walnut is No Longer Open 24 Hours!

It’s been about 3 years since Wawa opened its flagship store at Broad & Walnut in Center City.  Opened to much fanfare, the new 24 hour Wawa was a game changer for those working 2nd and 3rd shift but more importantly for the nightlife community.  Both party goers and nightlife industry workers crowded the Wawa after 2 am causing long lines and order tickets scattered throughout the store’s floor.  Yes, the scene inside the Wawa was chaotic and often times weird between 2 and 4 am but it was soooo clutch on those drunk weekend nights.  With late night diners closing left and right, Wawa became the go-to spot.

However, it was the activity outside of Wawa that prompted the change in hours, including two stabbings just last month. One of those stabbings proved to be fatal.

Aside from the criminal activity, panhandling, loitering and littering became a nuisance as well. To curve some of these issues Wawa did away with the stools along the eating counters in hopes that folks wouldn’t linger longer than need be.

Although, the new hours are pretty lame for a Wawa especially in the heart of the city, anyone who has visited during those early morning hours could see the writing on the wall.  Moving forward the store will now be open 5 am to 11 pm Monday through Friday.

THE POWER’S BACK ON! Photo Pop Philly Grand Reopening
5 Reasons Why Having Made in America at the Stadium Complex Makes Sense
To Top
Get the Coolest Philly Events & News Emailed to you Every Week!