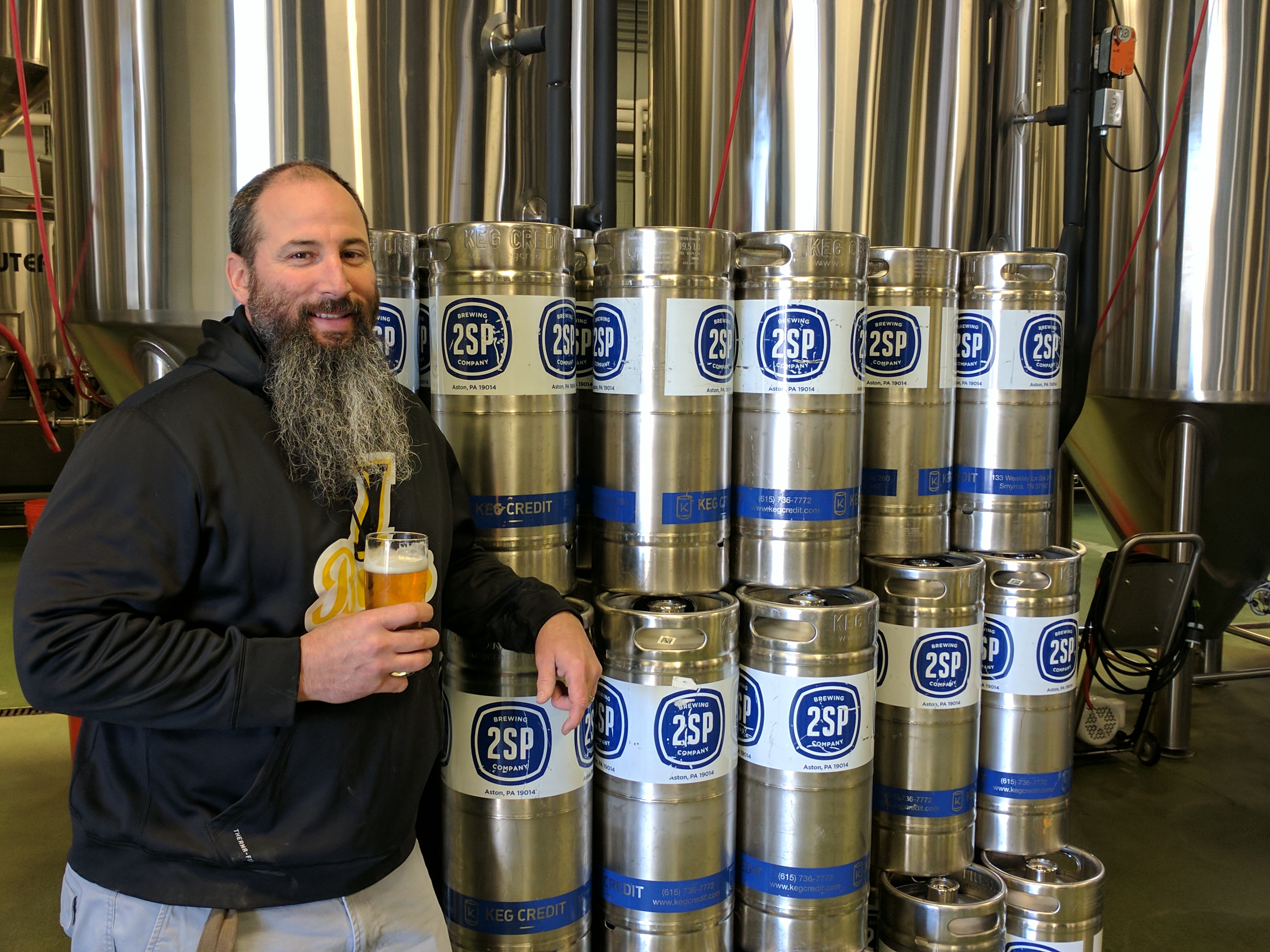 As much as he’ll disagree with you, 2SP Head Brewer Bob Barrar has arguably mastered the stout style. Winning over 10 Great American Beer Fest Medals and 5 World Beer Cups just for his Russian Imperial Stout, the team at 2SP Brewing put the bearded giant to the test. Can Barrar brew a stout without its key ingredient, roasted malts? It’s this ingredient that gives a stout its distinct robustness, opaque color, and flavor.
Bob, put to the challenge has created a 7% abv blonde stout made with vanilla and coffee beans, as well as cocoa nibs to replicate the flavors found in the stout style. Beginning the week of March 20th, the blonde stout that will be poured from tap lines around the Philly 5-County area will have all the flavors of a full bodied,  hearty stout, but have the look of a clean golden ale.
One of the more difficult processes with the brewery is giving a beer a proper name. With over 4,000 breweries in the country, each producing 100’s of beers it has become extremely hard to think of a appropriate name that hasn’t been used. 2SP never thought White House spokesperson Kelly Anne Conway would be their muse for their newest beer. Conway’s, well,  interesting use of language by using the phrase “Alternative Facts” to describe differences in perspective was too good to pass up when naming this blonde stout.
2SP is a very politically diverse company and one can often find lively arguments between its employees on the politics of the day at the brewery. But at the close of each day they set aside those differences and have a beer. They wish more Americans would do the same.
………………
Some locations beer lovers can enjoy the Alternative Facts blonde stout include:
Continue Reading
You may also like...
Related Topics:2sp, alternative facts, beer