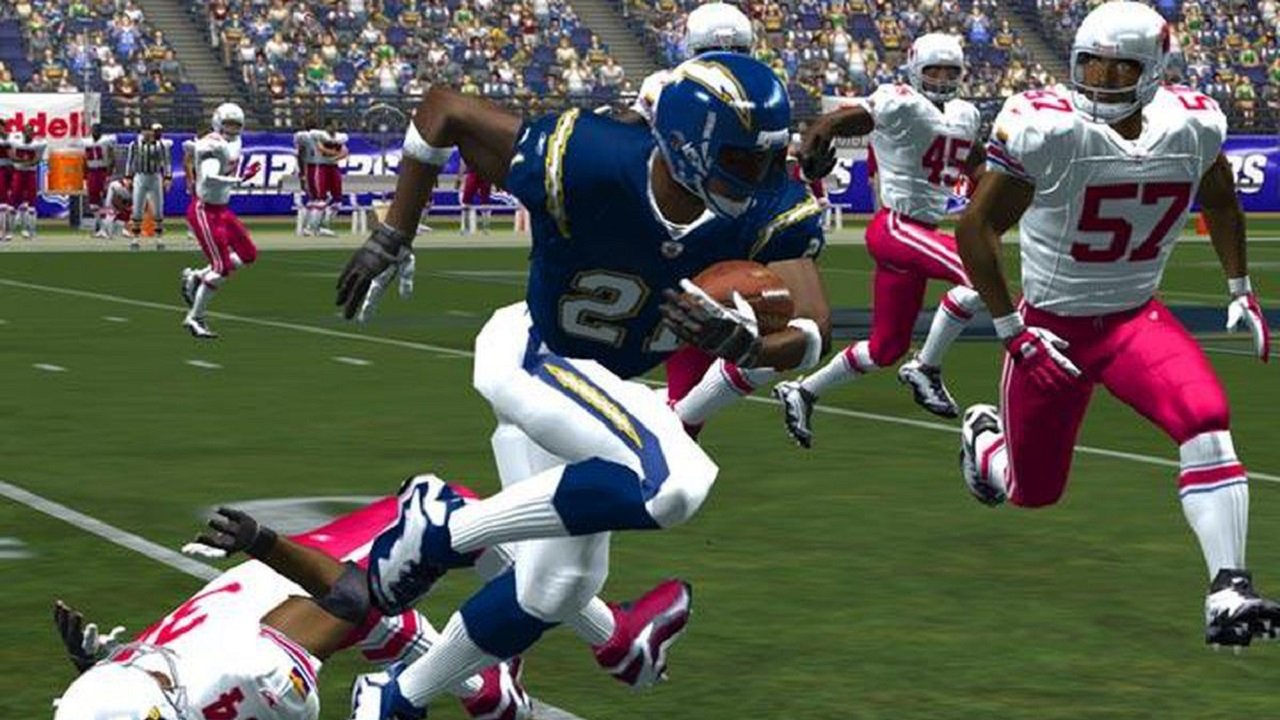 The real football video game heads know that 2K was the shit.  Yea, Madden gets all the hype but that’s because they have an exclusive deal with the NFL.  Now it looks like 2K is getting back into the game so to speak.

The NFL announced they reignited their business dealings with 2K to forge a multi-year partnership to produce new games.  However, before you get too excited, the games “will be non-simulation football game experiences.” So we’re not sure how or what they plan to pull off but we’re excited to hear about the news.

Perhaps this is the first step in getting 2K all the way back into the football video realm.

“The NFL is one of the most successful sports brands in the world, known for creating incredible entertainment for fans,” said 2K’s President, David Ismailer. “We’re thrilled to be back in business with the NFL in a partnership that will span multiple video games centered on fun, approachable and social experiences. It’s exciting to bring together 2K’s expertise in creating award-winning sports games with the NFL’s renowned status as a world-class entertainment and sports organization.”

“EA SPORTS is the exclusive publisher of NFL simulation games, and our partnership with the NFL and NFLPA remains unchanged,” a rep said. “Our agreements have always allowed for non-exclusive development of non-simulation games on various platforms. Our commitment to NFL fans, which spans almost 30 years, has never been stronger, and we’re having our biggest year yet. Madden NFL 20 is the most successful game ever in the franchise, and new modes like Superstar KO and our Madden NFL esports broadcasts are growing the fan base. We’ll be building on that momentum with more new and different experiences, on more platforms and with new ways to play, in the years to come.”

So both parties released their statements and we’re excited to see what they come up with.