Your 2019 Guide to Halloween Bar Crawls in Philly! - Wooder Ice 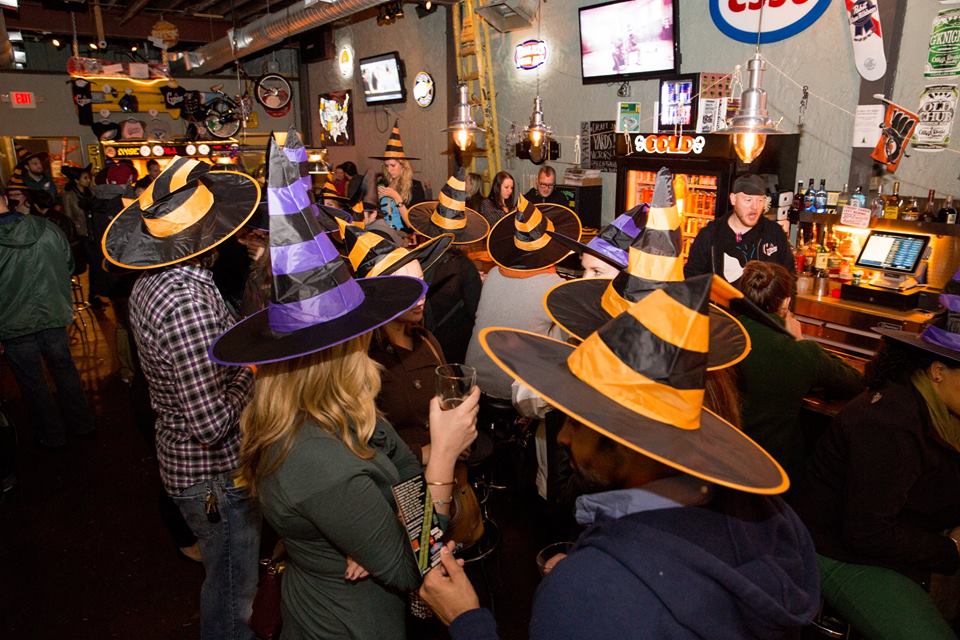 Your 2019 Guide to Halloween Bar Crawls in Philly!

Your 2019 Guide to Halloween Bar Crawls in Philly!

Trick-or-treating is synonymous with Halloween but kids won’t be the only ones going door-to-door looking for treats.  This Halloween season, event organizers are pulling out all the stops to bring you the best bar crawls.  Happening all over the city, these bar crawls will allow you to tap into your inner child with all the benefits of being an adult.  So gather your friends and family and throw on your scariest costume and drink the night away.  Here is your 2019 guide to Halloween Bar Crawls in Philly. 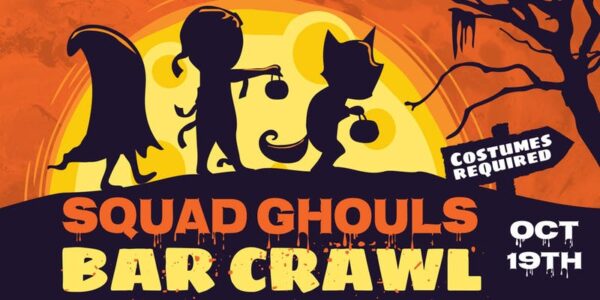 You’ve been talking about it for months, what do I dress up as for Halloween? Well this is the time to grab your squad and dress up as a group! Bringing a group is heavily encouraged (and deeply discounted.) We’re giving away great prizes for Best Dressed Groups! Don’t have a squad? Don’t worry, they’ll still be a thousand+ in attedance to mix, mingle and dance the night away with! 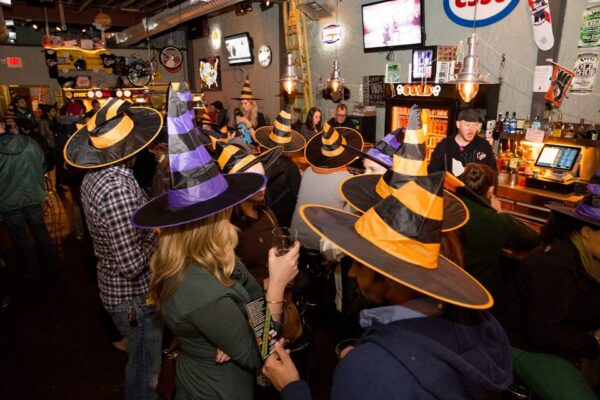 The Official #HalloweenBarCrawl returns & we’re creeping it real with the #1 Crawl of the year! No tricks here, just treats! So put on your coolest, scariest or sexiest costume & come get your BOOze on! 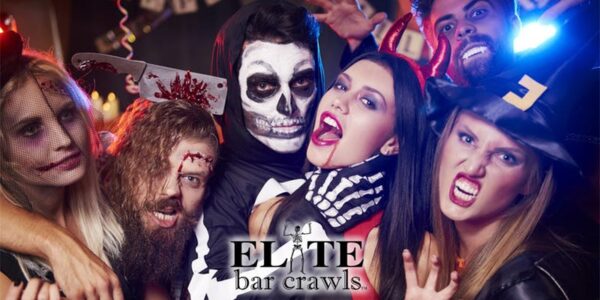 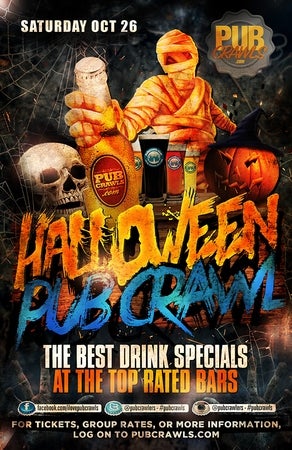 Through the thick gnarled branches of trees forced to succumb to the first layer of a biting winter frost, a dark figure appears. His ominous silhouette sits perched high on a restless horse in the gray light of the moon. Fastened around his neck, the figure’s warm winter cloak waves in the howling wind as it tears through the surrounding trees. Something is off about the man on the horse. Searching for something lost, the horse rears, exposing the mysterious man’s darkest secret. Murky clouds slither across the light of the moon, casting the light to shine across the Headless Horseman! As the men, the myths, and the legends begin to gather in Philly this October, prepare your costume for the chills and thrills of the night with a Halloween pub crawl! Halloween has arrived in Center City, Philadelphia! For a Halloween in Philadelphia spent like no other, join hundreds of people in creepy costumes and festive frocks for the annual Halloween Philly Bar Crawl event. 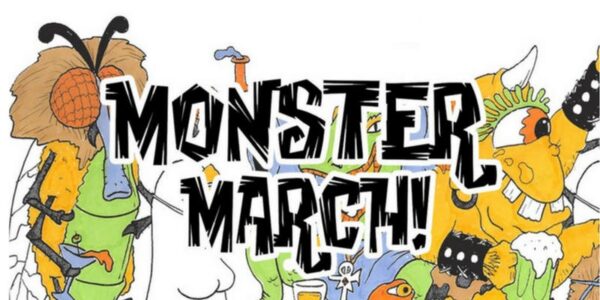 Philadelphia is UNDER ATTACK! The atom splitter at the power plant went haywire and started zapping the workers. The government tried to contain the workers but they started turning into hideous beasts. The dangerous Bio-monsters are now making their way to Philadelphia! We’re predicting that they’ll reach Philly by October 26th at 6pm! 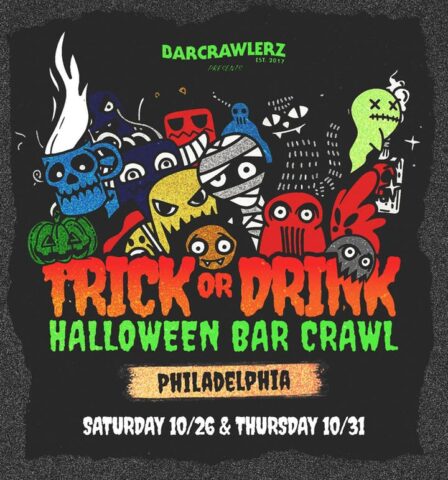 Barcrawlerz is a Philadelphia Bar Crawl like no other. Trick or Drink features The Best Drink Specials and The Best Bars in Town. Participating Venues: Fox & Hound, Howl at the Moon Philadelphia, McGlinchey’s Bar, Misconduct Tavern, Tavern on Broad, More TBA! 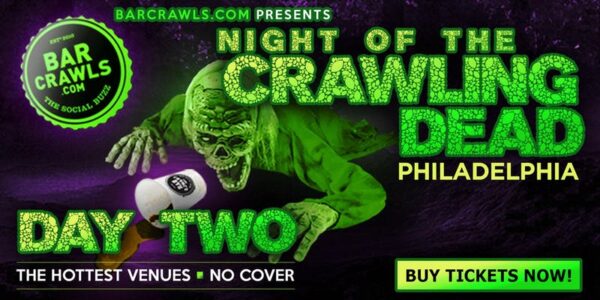 Join BarCrawls.com this Halloween for a bar crawling bash in Philadelphia that will have you howling with fun. No matter what your costume is this year, BarCrawls.com’s Night of the Crawling Dead will turn you into a party-hopping monster as you indulge in cover-free admissions and drink specials at all participating bars. It’s going to be a thrilling fun adventure in Philadelphia this Halloween.

Philly Vegan Restaurant Week is in Full Swing! Here’s List of All Participating Restaurants and Menus!
The 2019 Guide to The Best Adult Halloween Parties in Philly!