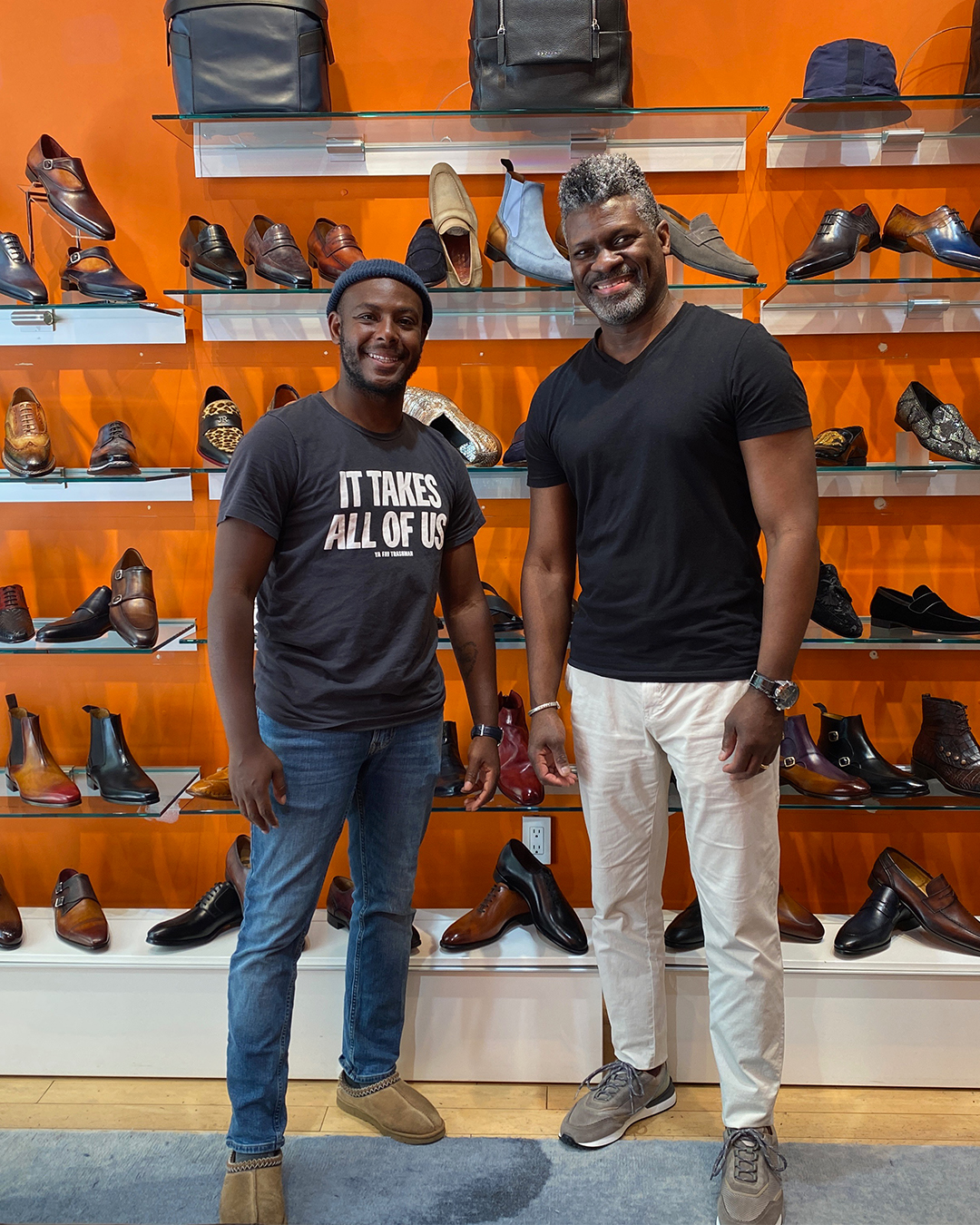 Terrill Haigler, better known as internet and local sensation “Ya Fav Trashman,” is partnering with Steve Jamison, owner of the men’s boutique Blue Sole Shoes in Rittenhouse, to raise money to clean a Philadelphia lot in need of sanitation.

For 14 months, Haigler was a sanitation worker in Philadelphia, living mostly as an anonymous figure in the city, collecting garbage daily until his Instagram posts garnered him national attention for his activism. Now, he’s known as “Ya Fav Trashman,” CEO of YaFavTrashman, LLC, and founder of the non-profit Trash 2 Treasure. Haigler has been using his platform to do good in the community, and his partnership with Jamison is his newest venture.

During the week leading up to and including Father’s Day (June 13-19), Jamison will donate proceeds from shoe and apparel sales to Haigler to help clean a lot in Philadelphia.

“Ever since I learned about and met Steve Jamison, I’ve known him to be nothing short of a professional who does all he can to help others, as I’ve seen his initiatives for inner-city youth and other programs in Philadelphia,” said Haigler. “We recently talked about how we could help Philly together, and we came up with this idea to clean the city one lot at a time. I’m very grateful for the effort and financial backing which Steve is putting into this program to benefit the city.”

Born and raised in North Philadelphia, Haigler currently lives in Germantown, and primarily communicates to the public through his 31,000-plus followers on Instagram. On July 4, 2021, he spoke at the White House and he recently Co-hosted Philadelphia’s first 5K Earth Day Trash Walk, which attracted coverage on the TODAY Show. This May, Haigler was awarded Waste Expo’s Changemaker Award and also recognized as a “40 Under 40” in the waste industry.