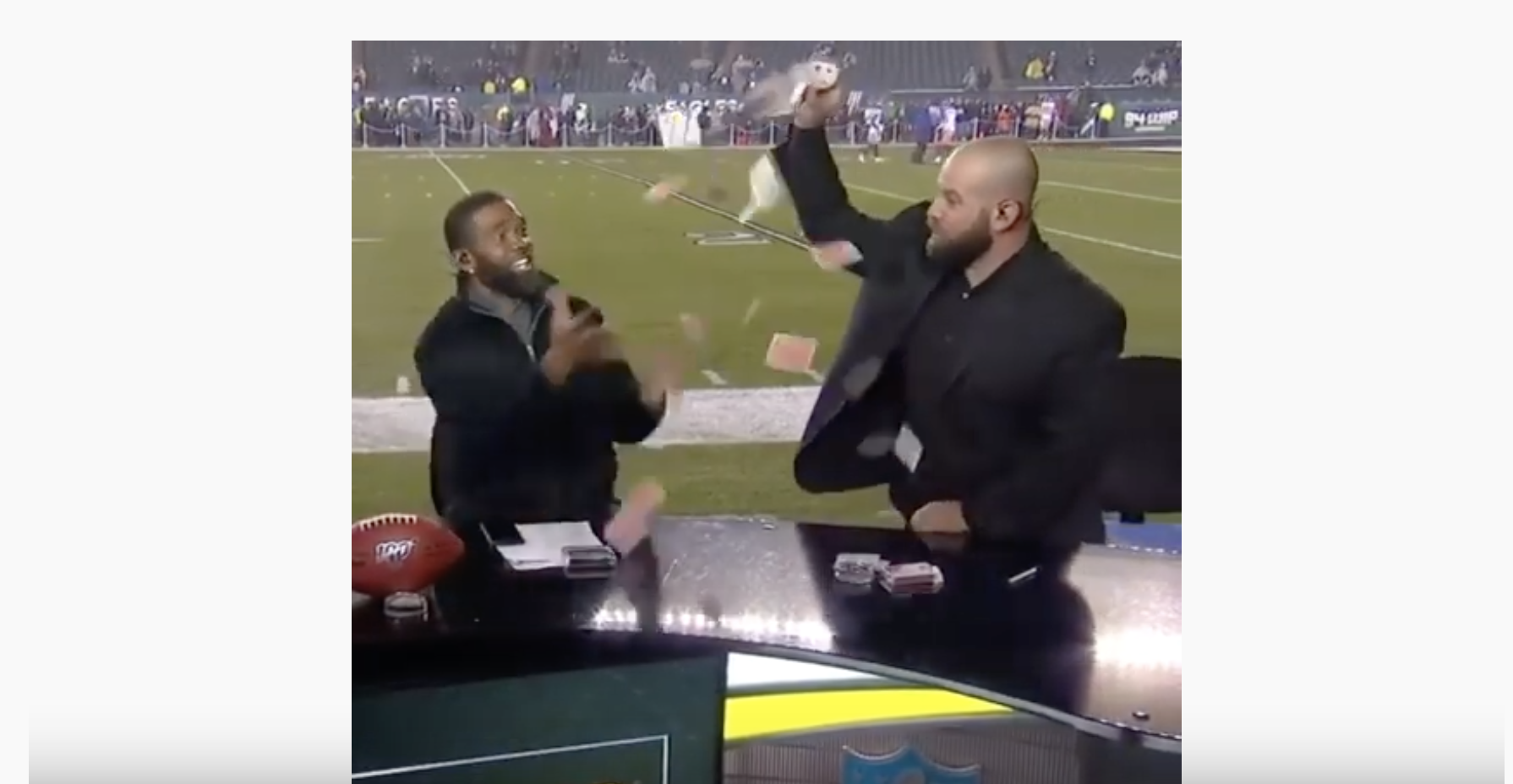 Boston Scott wasn’t the only great surprise the Eagles had during their Monday Night Football matchup against division rival Giants.  Former long snapper Jon Dorenbos entertained the MNF crew with some magic.  If you remember Jon received the Golden Buzzer on America’s Got Talent so he’s no slouch.

Randy Moss wanted to see first-hand just hoe well Jon Dorenbos is with his tricks and he got his mind blown.  Check it out as Randy turns into a little kid after the trick!

The Sixers New Uniforms Were Unveiled ….Are They Hot or Not?
What You Need to Know About the The Philadelphia Eagles Fan Cruise!