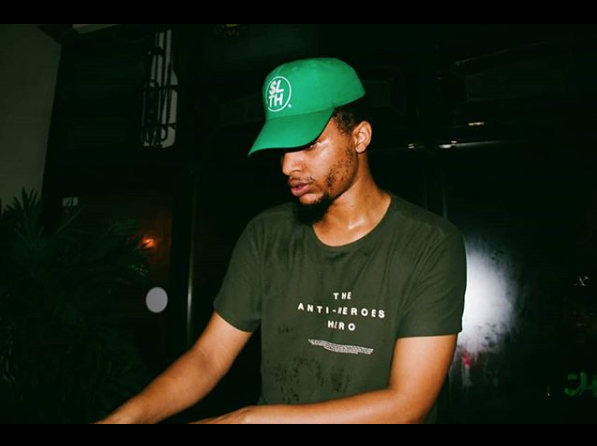 It is no secret that Philly is a breeding ground for talent. They are part of what make this city’s culture one of a kind. Meet DJ Ayo: the man behind 1-800-SLIDE THRU, an event that is nothing short of a good time. If you never heard of it, I feel bad for you, son. Don’t worry though, I am here to let you know just what you’ve been missing out on. I got a chance to talk to the one and only DJ Ayo to learn more about him and how the movement came to be.

Q: How long have you been DJing for? Has it always been something you wanted to do?

A: For the most part of my life, I was into basketball while I was also making party music (Philly club music) as a hobby. I didn’t take DJing seriously until I realized the beats I made won’t get played until I became a DJ myself. I didn’t starting DJing seriously until I graduated high school. I could of been a ball player but the route into being one was too late. Never took it as seriously as I should have.

Q: Let’s pretend I never heard of Slide Thru before. What is it? How would you describe it to me?

A: Slide Thru, or 1-800-SLIDE THRU has always been for my generation of DJs. I remember going to Dahlak Paradise to watch DJs play crazy all night. They called themselves Sofistafunk. It was no people performing, just DJs playing what they wanted while people danced to it. That’s how I visioned Slide Thru. I wanted DJs to come through and spin whatever they wanted. I wanted them to be the stars.

Good DJs, and I mean the good ones, do not get the recognition they deserve. I have DJs like DJ Hoove or lady DJ, N*A*S*H who come and rock out for an hour or more. People just enjoy the tunes. You should always expect a litty vibe at Slide Thru. We bring the vibes, not the drama.

Q: What was your initial goal for Slide Thru? Tell me how you feel you set yourself apart from other DJs, promoters, and events.

A: My initial goal was to create a brand. Over the years of being in DJ/Rap groups, it got to the point where I was not going anywhere because the groups couldn’t hold it together. Big egos, the negativity, immaturity, people I have helped turning against me. What makes me different is that I view myself and Slide Thru as a brand that I want to continue over the years, becoming bigger than what it is now.

Q: What do you love most about Slide Thru?

A: I think it has to do with location. Dahlak Paradise is not known for the events they let people have. It isn’t considered a party spot. However, it always has that vibe where people can enjoy food, drinks, and hookah. There is never any drama coming to Dahlak. The energy is always positive. And not to mention, there is no charge at the door.

Q: How do you feel your movement has contributed to Philly culture? Do you feel like it is a reflection of it?

A: Slide Thru was built on Philly culture. I took everything I learned from Philly DJs and music artists to create it. The Slide Thru movement shows the good side of Philly. You know, the side that enjoys people’s company. The side that will party with anyone. The side that you don’t have to worry about watching your surroundings for trouble. That’s what we contribute to Philly culture.

Q: Slide Thru has grown so much since you started. Where do you hope to take it next? Any future plans?

A: I won’t say what’s next or discuss any future plans, however know there are plans in the works; something bigger than Slide Thru. Until then, slide thru pull up! Terrible joke.

1-800-SLIDE THRU is officially every first Saturday of the month. You may have missed March, but you better not let it happen again in April! Be sure to follow DJ Ayo and Slide Thru on Instagram for announcements and updates.

Continue Reading
You may also like...
Related Topics:djs, events, philly