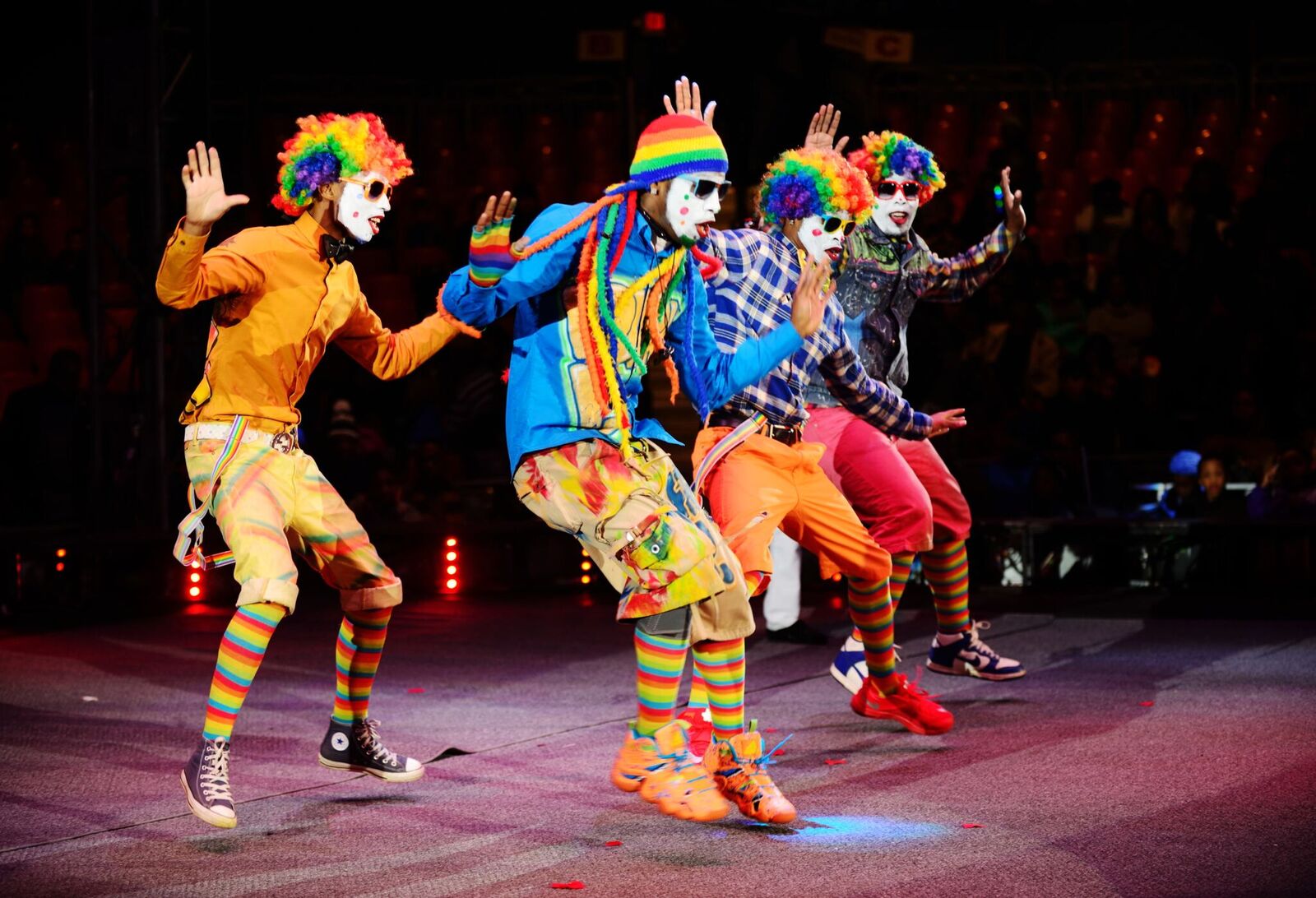 UniverSoul Circus announces its return to Philadelphia for its 20th anniversary season in Fairmount Park (next to Mann Center) with 47 grand shows from November 3-27, 2016. Philadelphia will serve as the ultimate finale and serve as UniverSoul’s final stop for their 2016 tour. A big top spectacle of global proportions, this milestone edition is ready to take fans of all ages on an unforgettable journey of light, sound and soul. Get ready for electrifying, edge-of-your-seat performances. Hailed as the most interactive circus in the world, UniverSoul Circus promises to be a show you will never forget. Tickets on sale now for $19 to $30 via Ticketmaster.com or by calling (800) 745-3000.

As has become its trademark after 23 years in business, UniverSoul Circus will present a multicultural/multinational cast of rock-star performers. Only under the UniverSoul Circus one ring big top will you be lucky enough to witness the Comedy Dog Act from Chile, Caribbean Dynasty from Trinidad and Tobago, Contortionists from Ethiopia, Magical Tigers and disco dancing Elephants from the United States. New acts to Philadelphia this year will include Russian Bar from Cuba, Aerial Duet from Colombia, Pagoda Bowl Acrobats from China and Airborne Motorcycles from California. The entire line-up will help this tour de force of circus artistry bridge cultures from around the world.

“Just like the circular ring in which it sits, UniverSoul celebrates cultures from around the world and brings them together under the big top,” said Founder and CEO Cedric Walker. “At this time in our history we need to come together, to embrace and learn from each other. I believe the circus naturally brings people together. In 23 years of searching for talent, I have journeyed to every continent to find a multicultural, multinational mix of talent to showcase.”

UniverSoul Circus started its long history with Philadelphia dating back to 1997, when the circus big top pitched its tent at Sweetbriar Field, across from Memorial Hall in West Fairmount Park. Twelve traditional big-top acts performed in the one-ring set-up that made for an intimate experience for those seeking more family-oriented entertainment. While still just three years old when UniverSoul set-up shop in Philadelphia, the circus received national accolades. Circus magazine at the time called the show “superbly promoted, superbly produced…”

Over the next 19 years, UniverSoul Circus would continue to bring Philadelphia its unique blend of hip hop under the big top. While international artistry blossomed in the spotlight of the shows, the circus helped boost and support the local economy.  UniverSoul has continued to support Fairmount Park and the city by returning each and every year to West Philadelphia. Local Philadelphians were hired to run concessions and assist with running of the box office. Travelling circus families on tour would absorb all the history lessons the country’s founding fathers had to offer.  Artists and performers would support the local economy while calling the city home for weeks during each season. Local youth groups and non-profits would benefit from fundraising nights, community programs, circus camps and school workshops.

“UniverSoul Circus has such a deep and rich history with Philadelphia,” said Walker. “We have been entertaining generation after generation here. We are thrilled to return with our top global artists to a world-class city that celebrates international cultures and talents. Philadelphia is a city that has really been part of our UniverSoul Circus family since the early days – and we are so excited to be back!”

Looking back, UniverSoul Circus has attracted nearly 2 million guests from as close as Parkside down the street, to Maryland, New York, Washington and beyond.

Continue Reading
You may also like...
Related Topics:circus, universal