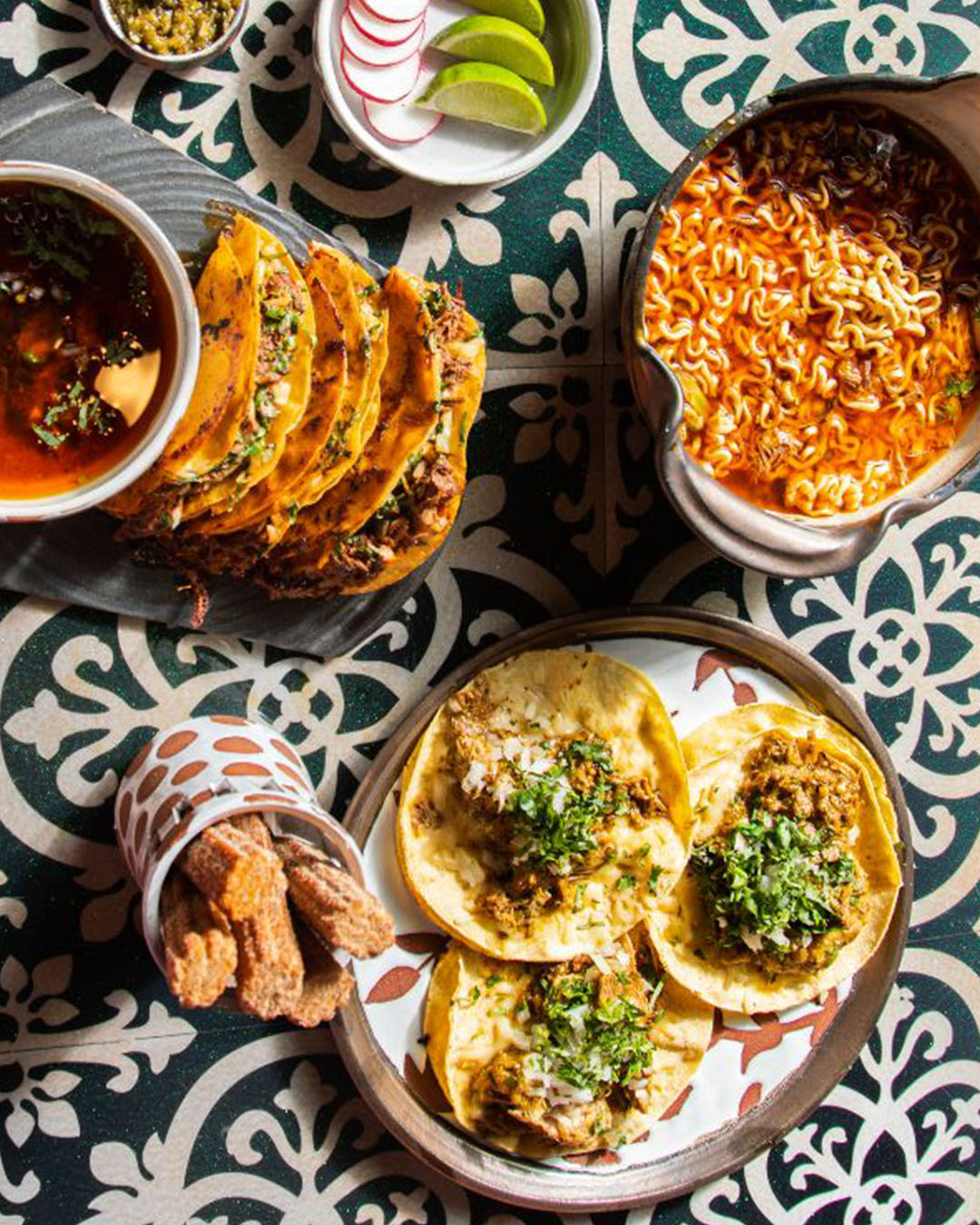 The highly anticipated restaurant of Chef Jennifer Zavala, Juana Tamale, is officially open, Like right this very second. In true Chef Zavala style, she’s turning on the lights and opening the doors TODAY, after using her social media to tell her followers “Black Friday.”

Juana Tamale is located at 1941 E. Passyunk Ave, the former spot of Fig & Olive and has been completely transformed from it’s days of past. The restaurant is a Take-Away/Made to Order establishment. Zavala promises that, although the lines will be very long, her staff is prepared to get everyone in and out in a timely fashion.

The Food is the same fresh and flavored packed delicacies we’ve been eating for years! And for those not familiar, guests can expect Mexi-Cali Style Flavors, “It’s Like SoCal meets SoPhl,” says Zavala. Inspired by her Mexican heritage, Zavala is known best for her tamales. She also introduced Philly to the Birria Taco years back, before it was a thing.

The Menu is inspired by the very foods that helped build a cult-like following with her tamale pop-ups. Please note that modifications of any kind are not allowed, and a 20% gratuity will be added to each check, which in return, will help support and provide a living wage for the staff. The menu is, as follows:

The Hours of the restaurant are: Thursday 11am-5pm, Friday 3pm-8pm, and Saturday 4pm-9pm. In the near future, Juana Tamale will open for “Guest Chef, Trap Brunch.” Your favorite trap music set to the delicious delicacies of Juana Tamale. Zavala plans to have a guest-chef residency for these brunches, as a way to highlight all the amazing chefs in this city.

The Inspiration: Zavala is affectionately known as “The tamale lady,” around town from her days of selling tamales illegally and her father’s pet name for her is “Juana.” So Juana Tamale was the PERFECT fit. Zavala says that her restaurant is a mix of SoCal meets SoPhl.

“The thing I love about Cali is that they are very much a renegade, street-food community. You can sell ANYTHING on the streets of SoCal (tamales, water ice, fresh fruit, etc..) There is no street food culture in Philly, but there IS a street culture HERE and I have the pleasure of marrying these two vibes together.”

And to do just that, Zavala has doubled down and hired local street artist, Lauren McFadden, to make her vision possible.

“I was very inspired by how loud the logo was, and once I saw how much Joy it brought Jen, I knew that I had complete freedom to be as bold as I dared to be.” said McFadden.

McFadden’s day job is a mechanic, but is known for MUCH more than her work on cars. You might be familiar with her art work down at FDR SkatePark, her renegade “GNAR BAR” pop ups around the city, and now restaurant designer of Juana Tamale.  For McFadden it was all about the “Juxtaposition between color blocking and recklessness.” Lauren focused on Zavala’s personality, and it is very much reflected at every turn in the restaurant. “It’s like Pee Wee Herman’s Playhouse meets Alice In Wonderland,” McFadden laughed.

Along with McFadden, the local line-up consists of: Food vendors Smith Poultry, and Sherwood Seeds who grew 7 acres of Oaxacan corn to use for masa for the tamales. Stickman Brews, Electro Romantic, local-visual artist Mike Wert  (Bing Bing, Pizza Plus, Pizza Brain, Circles and Squares), even down to the local union worker (Thanks Colin) who helped fix some HVAC issues. Dominick Financial is providing workers with resources for healthcare.

When asked about why opening this place means so much to her, Zavala says,  “I’ve said yes to everything. From fetish field day, Oz Fest, to quinceaneras, to punk shows, to Firefly, and food was the center of those opportunities that brought me here today. All of my past experiences are in my food. This is a love letter to my life. This is my legacy, and I can’t wait to serve each and every one of you.”