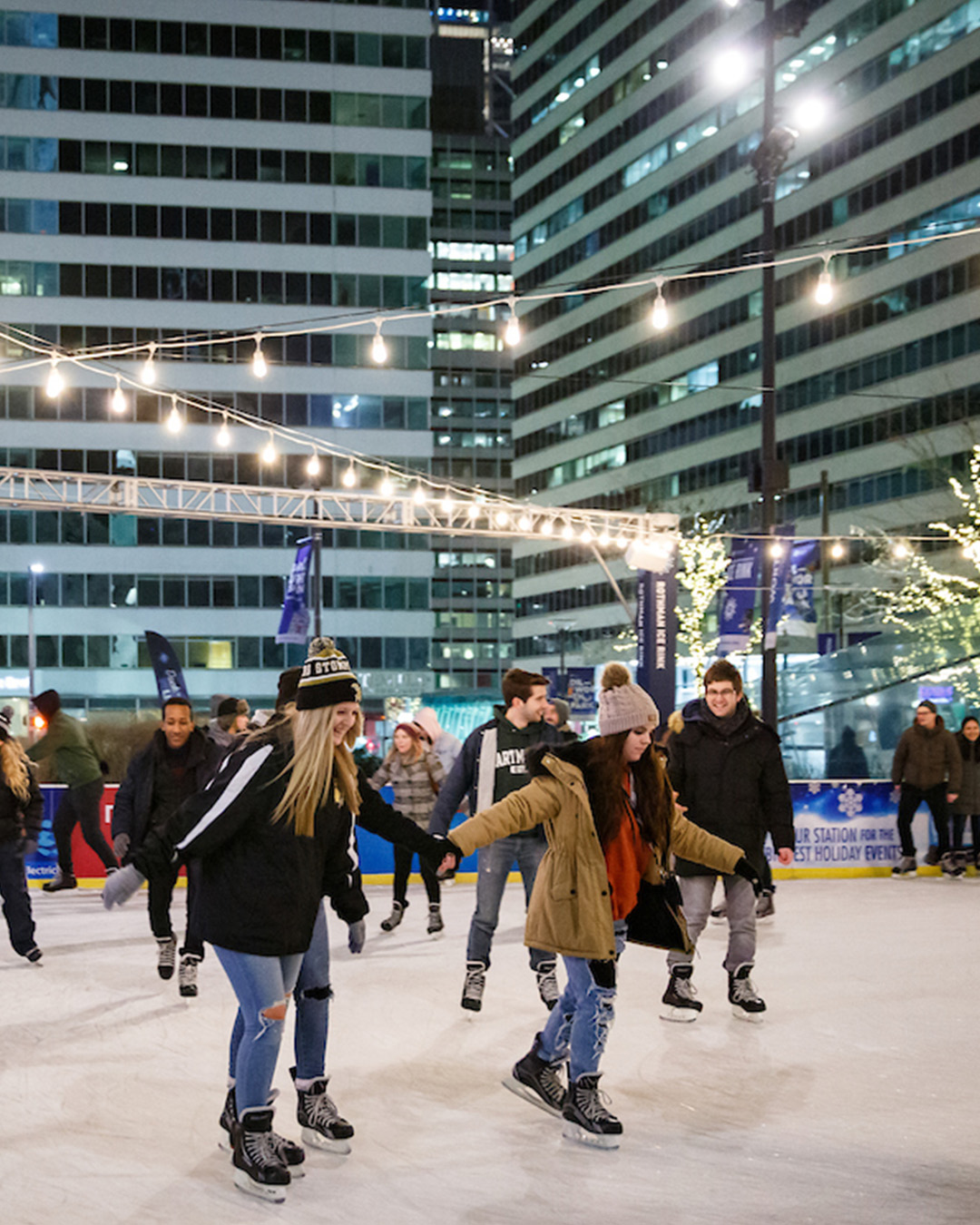 The Rothman Orthopaedics Ice Rink has been a popular destination for folks looking for some entertainment in Center City.  During the season Center City District hosts several themed skates as well as specials and for the past several years Free February has been a thing.  This year’s sponsor is none other than Temple University.

“Temple University has been a season-long sponsor of Dilworth Park’s winter season, and because of their continued efforts to support their neighboring communities, they were very excited to partner with us this year to present the program. Free in February presented by Temple University is part of CCD’s mission to promote Dilworth Park as an accessible place for everyone,” stated CCD Marketing Manager Giavana Suraci

As part of the Free February promotion guests will receive one free pass at the end of their session to return for another skating session anytime during the month of February, subject to availability during remaining timeslots. Skate rental not included.