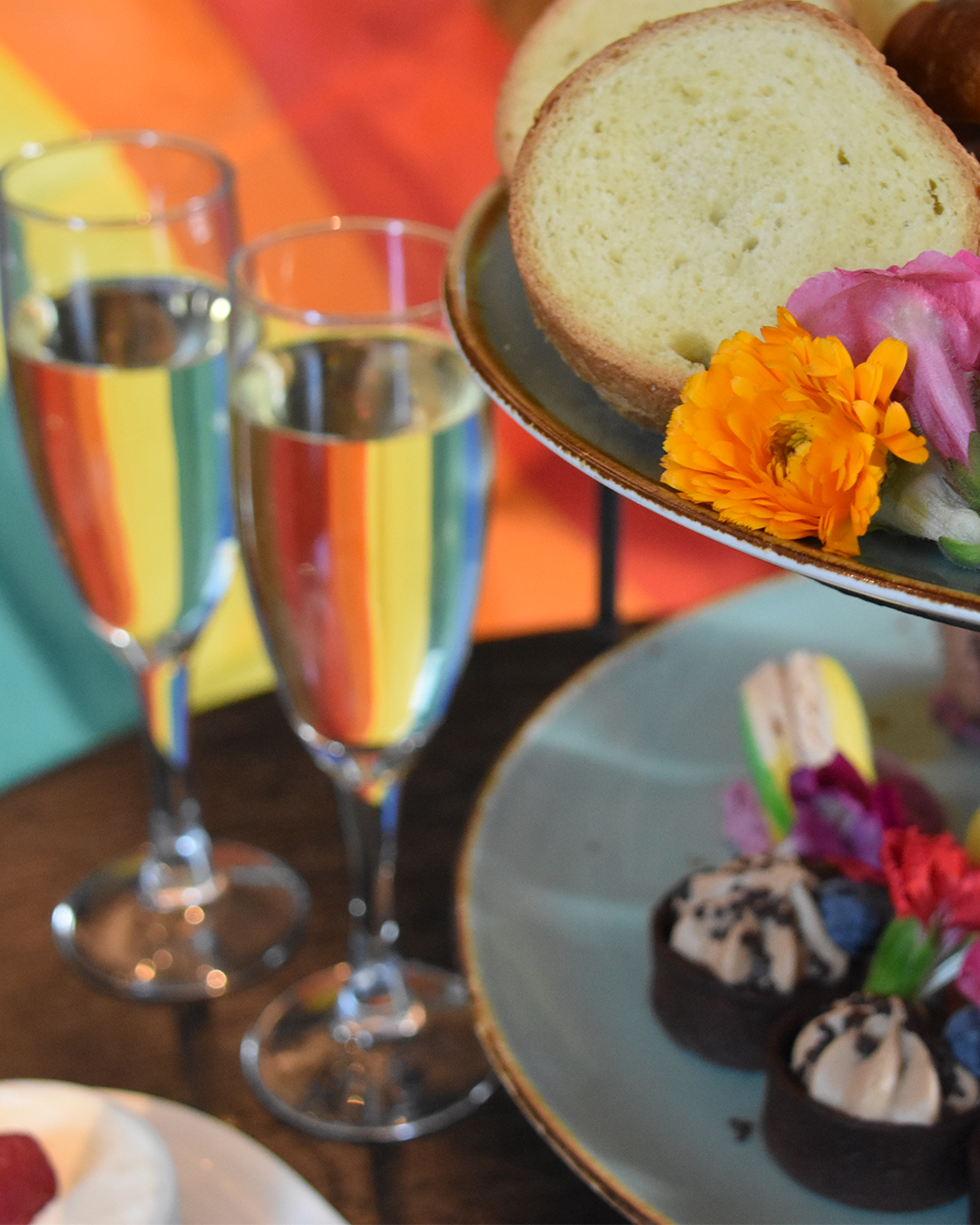 “Sofitel Philadelphia is passionate about supporting our local community,” said Sofitel Philadelphia General Manager Angela Bauer. “We are prouder than ever to celebrate June as Philly Pride Month and fly a giant Philadelphia Pride rainbow flag outside the hotel to publicly show our commitment to inclusiveness. We are thrilled to bring back our pride line-up better and bigger than ever, with our Pride Drag Teas, an art reception, the return of Fête de La Musique, and a month-long benefit for the William Way LGBT Community Center. We invite you to stop by and join us during Pride Month – our doors are always open to all. We are thrilled to be back again and to welcome and celebrate with the entire community.”

Sofitel Philadelphia kicks off Philly Pride Month on Saturday, June 5th, and again on Saturday, June 12th, look for a new spin on a time-honored tradition. Sofitel, famous for its classic afternoon tea service, will debut a new Drag Tea featuring Brittany Lynn’s Drag Mafia. Sip tea (or spill it) in the presence of fabulous Drag Queens as you enjoy delicious offerings from Sofitel’s award-winning culinary team. Drag Tea starts each week at 2:00pm and runs through 4:00pm inside Chez Colette Brasserie.

Tickets are $55 per person – and add $10 for bottomless Champagne, Mimosas or Bloody Marys. Five dollars from each purchase will be donated to the William Way LGBT Community Center. Tickets are available at: https://www.sofitel-philadelphia.com/happenings/drag-tea/

For Saturday, June 5th, the line-up for the Sofitel’s Pride Drag Tea is as follows:

Brittany Lynn
Brittany Lynn has been performing all over Philly and the tri-state area for 25 years. She is not only the “Don” of the Philly Drag Mafia, but she also founded the Miss Fancy Brigade (the only all LGBTQIA Mummers Brigade) that proudly marches every New Year’s Day in the parade. Brittany is known in mainstream circles for creating the Drag Queen Story Time program for the Philadelphia Library system, museums, and Philadelphia Parks and Rec.

Brittany’s drag troupe, the Philly Drag Mafia, is the most award winning drag troupe around-not only for their shows, but for their work with multiple charities on various platforms. Follow all their work on Phillydragmafia.com

Asia Monroe
Looking for that Classic Timeless Drag? Miss Asia Monroe is your Lady! She is one of Philadelphia’s fabulous entertainers. Ever since starting her Drag career little under 4 years ago, she has been performing all over the Tri-State and United States, being part of the new generation of drag she still carries the old school roots of drag. She is your dancing diva but she’ll give you that soulful performance while turning some fabulous looks. She’s your current reigning Miss Crimson Moon 2020-2021, Former Miss Lyrics Lounge Drag Queen 2018, and the first ever Miss Amateur Drag Attack 2018  If you’re ever questioning having her,  just know “you’ll always get a Show with Miss Asia Monroe!”

Stefani Steel
Stefani Steel is a star slutted queen on the rise, she loves to give beauty and fashion all while doing a high energy number with kicks and splits and drops! All though she is one of the youngest drag mafia members, when she sweats she looks like the oldest! Give it up and get ready!

Miss Redd
Miss Redd is a brassy, sassy Broadway showgirl. She just celebrated her 2 year dragiversary and one year in  the Philly Drag Mafia. A real life Cinderella, she sings live, sews her own costumes, and runs away from men as quickly as possible. You can catch her stunting across the tri-state area with the Drag Mafia Family, co-producing and co-hosting “Red For Filth”  with Connor Michalchuck, in the regular cast at Philly’s longest running drag show-Bob and Barbara’s, and more!

For Saturday, June 12th, the line-up for the Sofitel’s Pride Drag Tea includes Miss Redd and Stefani Steel (see above), plus:

Aira
AIRA is a futuristic bitch with a twitch. All she wants to do is blow everyone….. away of course! From high energy to soul, Aira captivates the audience with her uniquely animated movement and hi fashion. Making people feel free, even if just for a night is what keeps this ho going. You won’t forget her.. she’s not just a moment, she’s an Aira!

Connor Michalchuk
Connor Michalchuk is the host and co creator of Bearlesque, a body positive burlesque and drag show.  Connor began performing after not winning a male beauty pageant in 2013, and he’s totally not bitter about it. Now he’s traveling the country and taking his clothes off for tens of people to lukewarm applause!

During the entire month of June, and through the rest of 2021, Sofitel Philadelphia will donate one dollar per each banquet menu item designated with the WWCC’s logo on the menu. Designated items range from breakfast, lunch and dinner buffets to beverages and snack breaks for groups of 10 or more people hosting a meeting or event at Sofitel Philadelphia. View the full banquet menu here.

Sofitel Philadelphia will also donate one dollar from every Liberté cocktail sold in the Liberté Lounge to WWCC during Pride Month. The resources raised through the partnership will support the William Way Community Center’s programs for seniors, as well as its Trans Resource Center.   Funds will also support the WWCC’s capital campaign. The Liberté Cocktail is available in Liberté Lounge and features pear infused Vodka, lemon, St. Germain and Sparkling Wine.

“As part of our commitment to philanthropy, we started this program in 2017 and donated more than $40,000 to Broad Street Ministry and Attic Youth Center,” said Bauer. “We are proud to expand our commitment to the community, which is why we are bringing back this program and celebrating our latest charity partner. Raise a glass to Pride during June with one dollar from each Liberté cocktail going to the Attic. Also, one dollar from select items on our banquet menu will be donated to the William Way LGBT Community Center – starting in June and through the rest of 2021.”

“We’re grateful for our partnership with Sofitel, who have been our home for many of our annual Indigo Balls and other community events,” said William Way LGBT Community Center Executive Director Chris Bartlett. “After a year of COVID isolation, we’re thrilled to work with Sofitel to celebrate LGBT communities and Pride together.”

The Schuylkill Banks Kayak Tours are Back This Summer Including Moonlight Twilight Tours!
Spruce Street Harbor Park Reopens Next Week With New Eateries, Hammocks and Entertainment!