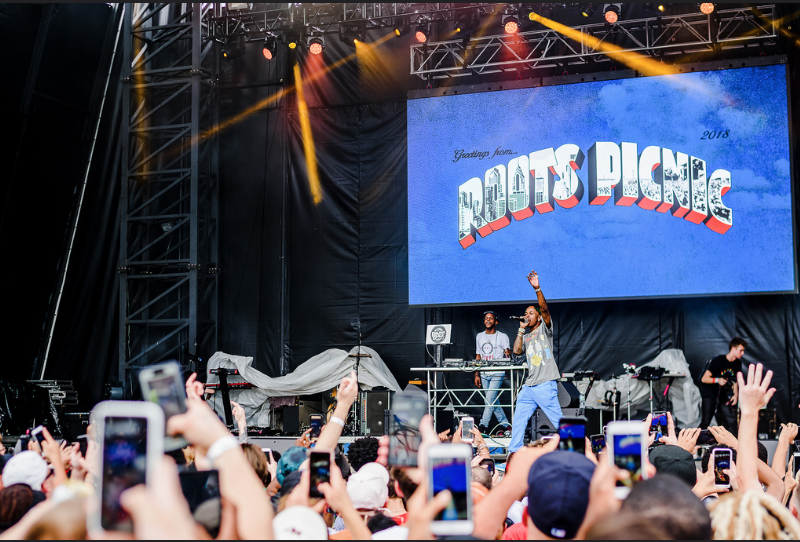 The Roots Picnic Changes Venues and Announces Its 2019 Lineup!

The Roots Picnic Changes Venues and Announces Its 2019 Lineup!

🚨 #RootsPicnic 2019 / Saturday, June 1 / Philadelphia 🚨 We’re taking the Picnic to the park! Our new festival site – the Mann at Fairmount Park – will include 3 stages of music, podcasts, gaming, art & dialogue 🙌 Tickets on sale Friday at noon. More info at RootsPicnic.com

After more than a decade at Penn’s Landing, The Roots Picnic has moved on to a new venue.  That’s right the long standing tradition of heading to the riverfront in June is about to change.  Now festival goers will be headed to the more wooded area of Fairmount Park.  The Mann Center for Performing Arts will lay host to The 2019 Roots Picnic.

Last year many attendees were upset about the weather issues which caused many performances to be delayed and canceled.  Lil Uzi who was last year’s headliner did perform as scheduled and killed the stage.

The line-up promoted for the 2018 festival featured more established artists and hip hop legends.  This year festival organizers are clearly going for the younger audience with artists such as 21 Savage, City Girls, and Blueface. There are lots of chart topping artists but not so many OG hip hop legends we’ve grown accustomed to seeing.  Tickets range from the $69 early bird special to $350 VIP packages that include:

Tickets can be purchased here.

How do you feel about this year’s line-up?  Let us know on our social media channels.

Artist Suzann Christine Talks Discusses Fly STAR Tour and Her Music Come up
According to LiveNation Reps, Festival Pier Is Closing For Good