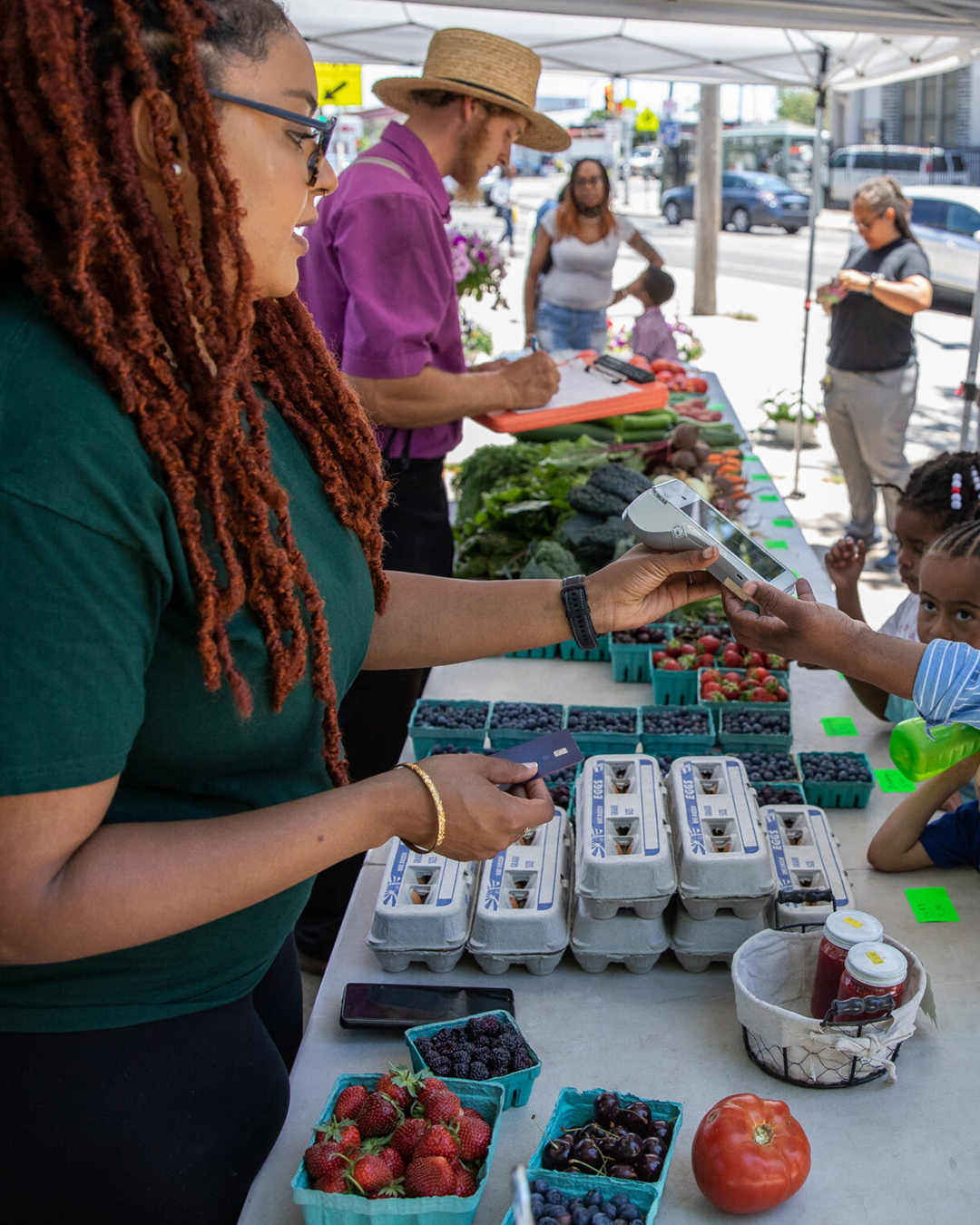 The Food Trust, in collaboration with The Piazza and Northern Liberties Business Improvement District, debuts a special Northern Liberties Farmers’ Market on Saturday, November 12, 2022, from 10:00am to 2:00pm. The pop-up farmers market will take place at the Piazza Alta Courtyard, at Second Street and Germantown Avenue. Just in time for Thanksgiving preparations, the market will feature over a dozen vendors, including fruit and vegetable farmers, dairy purveyors, chocolate makers, hyper-locally brewed beer and more. The event is timed to coincide with holiday week preparations, as well as with other Second Saturday festivities in Northern Liberties BID, including Artists at Work Art Crawl.

“We are blessed with some amazing places to get staples in Northern Liberties, but there is nothing quite like a farmers market and we are ecstatic to co-host this pop-up to explore options for a year-round market next year,” said Northern Liberties BID Executive Director Kristine Kennedy. “The Piazza’s central location makes it ideal for hosting the market, offering convenient access for adjacent neighborhoods.”

“Delicious, nutritious food should be easy to find in every neighborhood,” said The Food Trust President and CEO Mark Edwards. “We’re thrilled to be bringing a farmers market back to Northern Liberties, in a central location that is accessible to the entire community. We invite all neighborhood residents to come check out this pop-up event, which showcases everything The Food Trust’s farmers markets have to offer.”

Just in time for Thanksgiving preparations, the market will feature over a dozen vendors with farm fresh fruit and vegetables, dairy, chocolate, hyper-local brewed beer and more. Highlights include fresh produce from Huzzah Farms, garlic goods from Hayday Farms, and jams and spreads from Fifth of a Farm Creations. Plant-based enthusiasts will rejoice when they see the offerings from Dr. Brownies, and foodie favorites like Birchrun Hills Farm cheese and Lost Bread loaves will round out the offerings. Local libations will also be for sale from local neighborhood favorites Urban Village Brewing Company and Mural City Cellars. Also not to be missed, Ray’s Reusables, who has a brick and mortar shop at 935 N 2nd Street, will be at the farmers market selling eco-friendly soaps and detergents, plus reusable wares.

Details for the growing list of vendors is included below – with more to be announced.

Fifth of a Farm Creations
From Philadelphia, PA
Jams, jellies, marmalades and chutneys

More vendors will be announced as the date approaches.

This pop-up market is coordinated by The Food Trust, which runs over a dozen markets across Philadelphia — including Headhouse and Clark Park, two of the city’s largest and most well-established outdoor markets.

The Rothman Ice Rink and Cabin Are Opening for the Season this Friday in Dilworth Park.
The Divine Lorraine is Hosting The Taste of Fairmount Featuring The Greater Art Museum District’s Best Restaurants
To Top
Get the Coolest Philly Events & News Emailed to you Every Week!