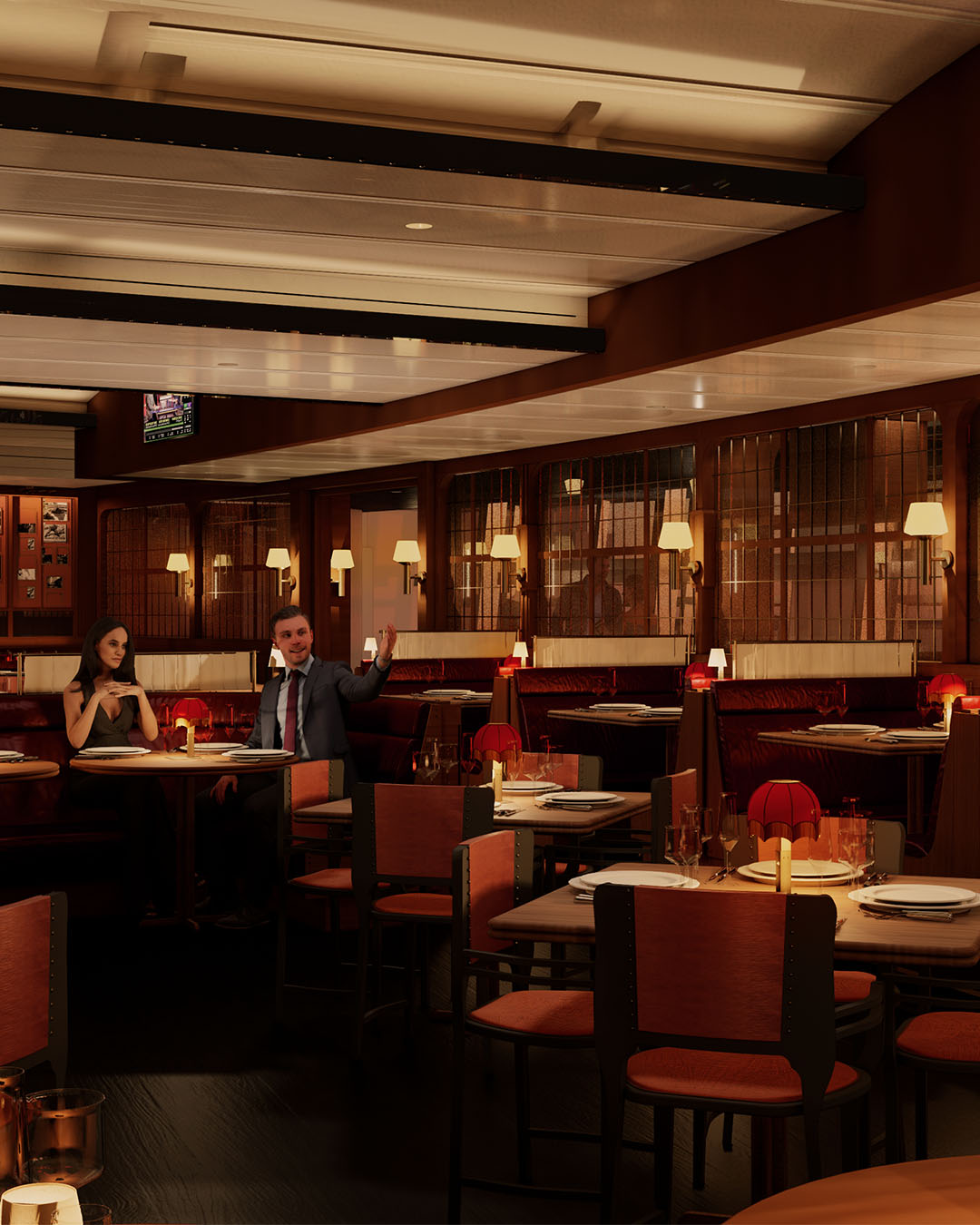 Adrian, which will replace The Grille at the arena, will serve a full menu of American-style cuisine. Menu items will include starters such  salads and appetizers including crab cakes and French onion soup. The menu will also feature offerings such as   charred steaks, chops, sandwiches, and burgers.  Adrian will also include  an expansive selection of vegetarian and seafood options including raw bar, Scottish salmon, whole roasted celery root and whole branzino.

“Every inch of the new Wells Fargo Center is designed to be world-class, and we’re incredibly proud to be the first venue in the world to offer a Starr Restaurant experience to our guests,” said Valerie Camillo, President of Wells Fargo Center. “As we’ve transformed the arena, we’ve focused on making every part of the venue top-of-the-line, but we’ve also made sure that every part of the new Wells Fargo Center represents the great city of Philadelphia and its incredible history. Adrian is a perfect example of that – it will be a world-class restaurant with an unmistakable Philly feel.”

Designed by Rockwell Group, the restaurant’s design will embrace the history of Philadelphia’s sports teams with traditional accents and lighting reminiscent of an upscale tavern. With floor-to-ceiling windows overlooking the iconic Philadelphia skyline, the dining space will seat approximately 300 fans.

“Through our culinary and strategic collaboration with Starr Restaurants, and with the leadership and vision of Rockwell Group and Wells Fargo Center, we are thrilled to see this exciting new restaurant come to life,” said Alison Birdwell, President and CEO of Aramark Sports + Entertainment. “Adrian is poised to deliver an elevated game-day dining experience, all in a unique atmosphere that pays homage to the city of Philadelphia and its iconic sports history.”

The restaurant is part of the $350 million Transformation of Wells Fargo Center and will debut as part of the brand-new Club Level this fall. The new Club Level, which will become Philadelphia’s premier sports and entertainment experience, will honor Philadelphia’s rich sports and entertainment past while also showcasing the latest in entertainment and service technologies. Highlights of the Club Level include a Premium Seating Entrance & Lobby, new seating options and open-floor layout, exclusive retail, and themed whiskey and tequila bars.

Wells Fargo Center is essentially a new facility, and the Transformation project is one of the most significant arena projects anywhere in the world. Everything in the arena is being completely re-imagined, and as the full Transformation of the arena’s interior concludes this summer, the building’s exterior will also be completely transformed next summer. The new Wells Fargo Center is a direct, private investment in the Stadium District and an anchor for the broader revitalization of South Philadelphia, including plans to revitalize FDR Park, invest in local roads and infrastructure, and redevelop underutilized areas.