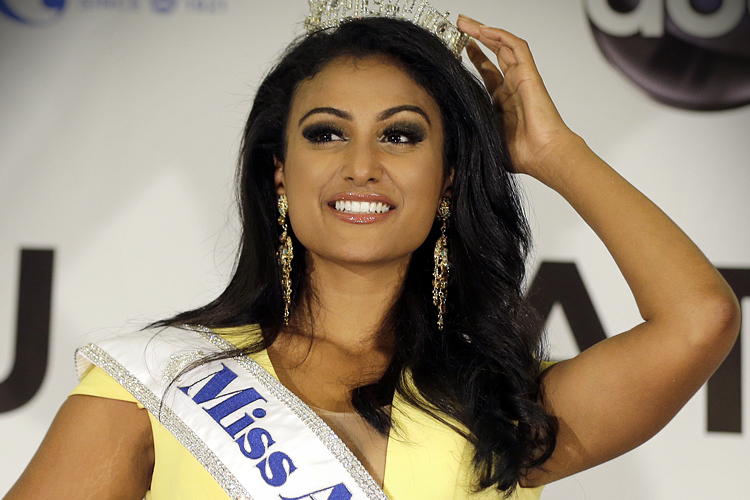 A student at York central High, located in York Pennsylvania was suspended after asking Miss America to the prom.

Miss America, Nina Davuluri was speaking at the high school when student Patrick Farves walked on stage handed her a plastic rose and asked her to the prom.

Farves stated that he received three days of in-school suspension for this stunt.  Administrators at York Central High stated that they warned Farves not to disrupt the assembly after they caught wind of his projected plans.

If you ask us we say that Patrick Farves is a smooth criminal, takes a lot of guts to pull a stunt like that.  What do you think?

Hilarious Footlocker Commercial “No Rings”
Check out this illusionist on “Britain’s Got Talent” and be Amazed!